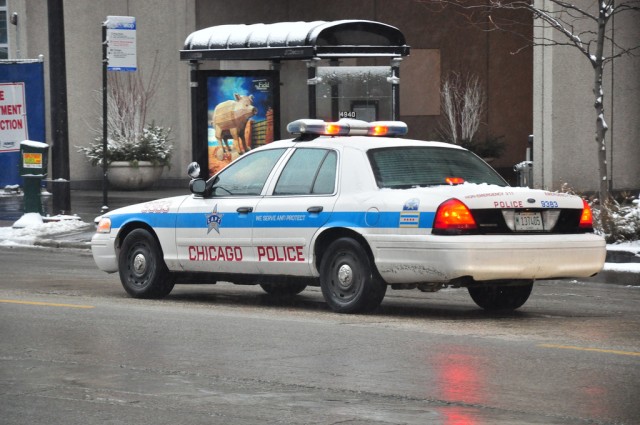 (Natural News) Left-wing counter-revolutionary politicians continue claiming that letting even dangerous suspects out of jail with electronic monitors is safe and ‘humane,’ but in fact, it is neither, as evidenced by the idiocy taking place in the crumbling city of Chicago.

In recent months, Democrats who run the state enacted a pair of laws regarding electronic monitoring as part of an overall ‘criminal justice reform’ push which, to the left, is code language for “going soft on criminals of color.”

Here’s how it now works in the ‘Land of Lincoln’: Defendants who are being electronically monitored have up to 48 hours to be away from their places of residence before they can legally be considered absconded. So, in theory, that means the defendant would have a two-day start on law enforcement if they were trying to evade jail.

That makes no sense except to left-wing Democratic lunatics who put politics ahead of public safety as an instinct.

But there’s more; the second law actually allows defendants being electronically monitored to leave their homes, where they are supposed to remain, twice each week, according to Law Enforcement Today, so they can go to a store and/or do other routine things.

Cook County Sheriff Tom Dart Says There Are Serious Flaws In System With Murder Suspects Being Out On Electronic Monitoring https://t.co/FM6j2I80Fu pic.twitter.com/Cg2HQeyhEU

“While to some, electronic monitoring sounds good, even with the new laws listed above, opponents point to several different examples of when alleged criminals on electronic monitoring have gone on to commit new crimes,” Law Enforcement Today notes, adding: “One example occurred recently when Chicago Police were patrolling on January 12th when they saw a vehicle run a stop sign.”

Police discovered that Davison had been released on electronic monitoring awaiting trial for attempted murder — dating back to December 2018. Also, Davison was already a convicted felon, so he wasn’t allowed to have a gun for any reason.

There are more examples of how this bizarre system is failing.

“Just four weeks after a judge ordered Jorge Aguilar to stay in his house on electronic monitoring to await trial on charges of being a felon in possession of a firearm, Chicago police allegedly found him reclining in his car with a handgun on the floor and a Tupperware containing 50 grams of cocaine on his passenger seat,” CWB Chicago reported earlier his month. “There was also $3,700 cash in his glove box.

“But Aguilar, 27, won’t be charged with escaping from electronic monitoring because he wasn’t out of his house for more than two days,” the outlet added.

Instead of keeping him locked up, however, a Cook County judge again ordered him released on GPS monitoring and ordered him to stay in his residence pending court dates. He won’t, of course — though he’ll be back before two days are up.

Democrats are literally bringing our society to the brink of collapse, and yet, for some reason, far too many Americans keep putting them in power.