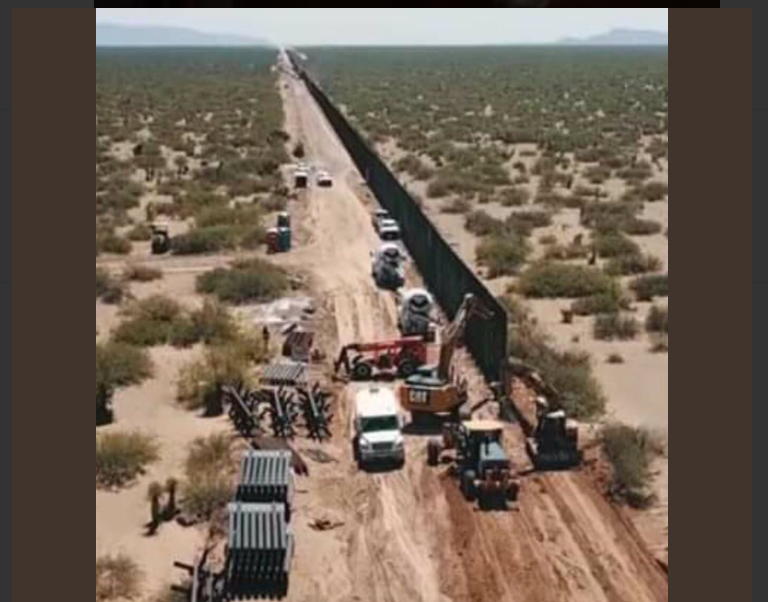 Fox News is reporting that a captured ISIS fighter has made a “chilling confession” about how the notorious terror group “intended to exploit the vulnerabilities of the U.S. border with Mexico, using English speakers and westerners to take advantage of smuggling routes and target financial institutions.”

The report originally surfaced in Homeland Security Today (HST) earlier this week. It comes as tensions along the border are not ebbing, especially with talk of new tariffs on goods from Mexico. If the report is credible, it could add new energy and urgency to reinforce the southern border.

According to the HST report, “While the administrations of both President George W. Bush and President Obama took a series of executive immigration and border enforcement actions to respond to the flaws of our immigration and border enforcement system, such as placing emphasis on deporting individuals considered national security risks, gang members, and other dangerous felons, a huge controversy erupted, especially among Democrats, in response to the Trump administration introducing a number of more restrictive immigration measures, namely the prospect of building a wall along the border with Mexico and instituting a travel ban against countries from which terrorists might arrive.”

But the ISIS fighter, identified by Fox News as Abu Henricki—a Canadian citizen with dual citizenship in Trinidad—said he was recruited by ISIS leaders to “attack the U.S from a route starting in Central America, according to a study by the International Center for the Study of Violent Extremism.”

In a bizarre coincidence, Fox News is also reporting about the fatal shooting of a U.S. citizen by Border Patrol agents earlier this week. Authorities identified the dead man as Travis James, 23. He was killed in a gunfight at the San Ysidro Port of Entry. He was reportedly trying to “evade inspection” and was “attempting to smuggle in two Chinese nationals.”

The much bigger threat appears to be the ISIS scheme. The HST report noted, “In January, the White House said 4,000 ‘known or suspected terrorists’ were prevented from crossing into the United States” via the southern border. That report was disputed by a later report, so it is not clear how many, if any terror suspects have been apprehended.

The Washington Examiner is reporting that during May, there was a surge of illegal immigration arrests along the southern border, of more than 144,000. So far this year, the report said, there have been 676,315 apprehensions, “up 99% over this time last year.”

But the HST report also included this disturbing paragraph:

“While figures remain speculative, we have learned in our in-depth research interviews with over 160 ISIS defectors, returnees and imprisoned ISIS cadres to date about multiple individuals who knew of, or were themselves offered, or pressured by the ISIS emni (intelligence) to return to Europe to mount attacks at home. We have not however, found in our research interviews, until now, any instance of ISIS cadres who were prepared to be sent by ISIS to attack inside the U.S. This may be because there were so few Americans who made it all the way to Syria and Iraq, many being stopped by the FBI before departing the country, or because we simply had not run across those with such knowledge.”

This comes as a renewed effort to pass more gun control laws affecting the Second Amendment rights of law-abiding Americans has erupted in the aftermath of the mass shooting in Virginia Beach. Investigators are still trying to determine a motive for the May 31 attack that left a dozen people dead. This, say Second Amendment advocates, is the kind of threat that justifies zealous defense of the individual citizen’s right to keep and bear arms.