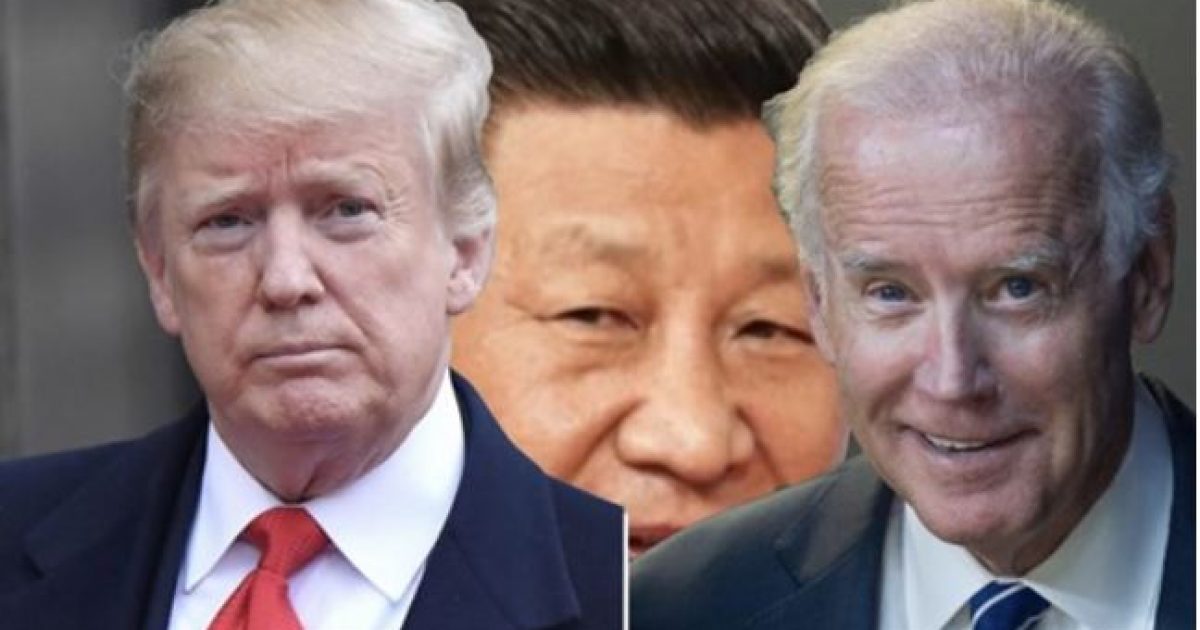 Analysis, Opinion – Illicit Info’s Go To Guy – Here’s some questions for my disingenuous friends on the left;

-What if President Trump allegedly brought one of his children along on Airforce One for a trip to China where the president would be engaged in talks regarding national security?

-And, what if that child comes back with a $1.5 billion investment from the Chinese for a start-up that he apparently had no previous experience in running?

-And, what if one of the partners of his child supposedly was the nephew of a reputed mobster?

We’d expect a crescendo of charges that President Trump had violated the emoluments clause and that he, or his family ,was profiting from his foreign policy decision that were hurting the country.

And that outcry would be well deserved. More well deserved than a few hotel room rentals from a man with nearly $4 billion in wealth.

But there is someone running for president, at the moment the candidate with the greatest support among Democrats who still favor capitalism, who has been accused of all those things.

(Breitbart) “According to an exclusive New York Post excerpt from the book, the Biden billion-dollar China deal occurred as follows. Hunter Biden was the principal of Rosemont Seneca Bohai.

“In December of 2013, Vice President Biden and his son Hunter flew aboard Air Force Two to China. Ten days after the trip, a subsidiary of the Bank of China named Bohai Capital signed an exclusive deal with Hunter Biden’s firm to form a $1 billion joint-investment fund called Bohai Harvest RST. The deal was later increased to $1.5 billion.”

“The stepson of John Kerry, the son of Joseph Biden, when they were cabinet members of the Obama administration, create a new investment fund… then inked a billion-dollar deal with the Chinese government — the Bank of China. Then, together they proceeded… to buy a U.S. manufacturing company called Henniges, making very sensitive equipment — crucial to our American military here at home. This, look, I am very rarely at a loss for words Stuart, but this is potentially one of the biggest pay-for-play scandals we have ever seen outside of Uranium One.”

Biden Bombshell – @SebGorka on Hunter Biden’s billion dollar deal with the Chinese: I am rarely at a loss for words, but this is potentially one of the biggest pay-for-play scandals outside of Uranium One. @realDonaldTrump #MAGA #TrumpTrain #Dobbs pic.twitter.com/ntjUqtFJ17

Not only was Obama’s Secretary of State John Kerry’s stepson a partner in the deal, mobster Whitey Bulger’s nephew was also brought into the deal, according to Peter Schweizer’s latest book.

Whitey Bulger built a criminal empire, allegedly under the protective wing of Robert Mueller who apparently allowed him to get away with a string of murders, while building his criminal syndicate, in exchange for something, we assume ratting out other gangsters.

Alan Dershowitz: “I think Mueller is a zealot.

“He’s the guy who kept four innocent people in prison for many years in order to protect the cover of Whitey Bulger as an FBI informer. Those of us in Boston don’t have such a high regard for Mueller because we remember this story. The government had to pay out tens of millions of dollars because Whitey Bulger, a notorious mass murderer, became a government informer against the mafia . . .

“And that’s regarded in Boston of one of the great scandals of modern judicial history. And Mueller was right at the center of it.

Kinda makes me wonder whether Mueller did the same thing to Lt. Gen. Michael Flynn, Paul Manafort and George Papadopoulos.

Bulger somehow evades arrest while spending 16 years on the lam, and then gets caught in 2011. He survives another seven years in prison only to be ‘Epsteined’ in 2018 at the same time he might be becoming a liability to Mueller. Now there is a fascinating coincidence. Almost … ‘Clintonesque” (just a joke ‘fact checkers’)

Was the younger Biden’s inclusion of Bulger’s nephew payback for Whitey’s silence?

Conspiracy theory? That’s meant to be pejorative, but every investigation begins with a conspiracy theory. Isn’t that why the FBI defrauded the FISA court to conduct illegal surveillance on President Trump in the first place?

Could not that why Robert Mueller was appointed special counsel?

You’re threatening to withhold funding from the intelligence community and tried to get naked pictures of Trump from Russians so maybe sit this one out https://t.co/G2tjK5DiTm

“Why’s Trump on the phone with a foreign leader trying to intimidate them? I usually do it face to face” https://t.co/T4IFIsLQSC

*Tweets are the opinions of their authors, not necessarily Illicit Info, EVERY America, Biden and his clan included, is innocent until proven in a court of law.

Thanks again to our good friends at ILLICIT INFO .