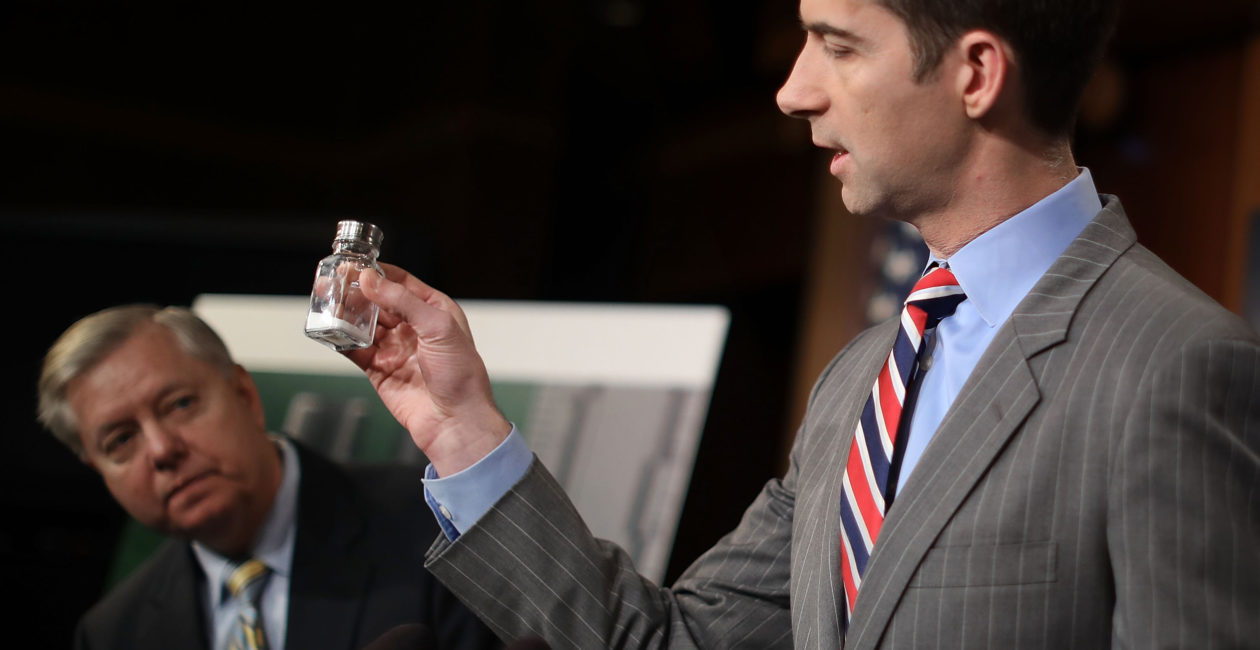 Fentanyl is now the leading cause of fatal drug overdoses. In 2017 alone, 49,000 Americans lost their lives to fentanyl.

What is the source of the synthetic opioid, abuse of which leads to this senseless loss of life? China is the principal culprit.

U.S. Immigration and Customs Enforcement has identified China as the primary source of illicit fentanyl and the painkiller’s analogues that enter our country.

Drug traffickers use two primary techniques for delivering fentanyl manufactured in China: It is either shipped directly into the U.S. via international mail or shipped into Mexico to be smuggled into America.

Fentanyl is a unique drug in several ways. The profit margin is remarkable: A $3,000 investment can produce $1,500,000 in earnings.

A laboratory-made drug, fentanyl requires less time and space to produce than its agricultural counterpart, heroin. Chemists can manufacture fentanyl in small labs and use easy shipment methods.

The amount of fentanyl necessary to produce its painkilling effect is so small that manufacturers can ship it in ordinary packages such as envelopes used for ordinary letters.

Cheap production isn’t the only economic benefit suppliers have on their side. Fentanyl is said to produce a better high and be more addictive and potent than heroin (50 to 100 times more powerful).

This poison isn’t affecting only addicts. In some cases, first responders have inhaled airborne fentanyl, resulting in a contact overdose.

We know that fentanyl is exceptionally dangerous. The question is: How do we fight its distribution?

A critical step is finding supply routes, with the ultimate goal of stopping the illegal movement of fentanyl into the U.S. from overseas.

First, distributors order fentanyl online and have it shipped here via express consignment or direct mail. Shipping via mail is successful with the help of freight forwarders, multiple transfers of custody, and manipulated information at checkpoints, such as falsified labels on prescription bottles.

The street corner drug rings of old have morphed into hosts of domain names on the internet. Street deals have been replaced by shopping online from the comfort of home. The drug war is drastically shifting with advancing communications technology.

Second, manufacturers ship fentanyl to drug cartels in Mexico, who funnel it over the southern border. Minor amounts of the drug also have been traced to routes that begin in Canada and the Caribbean islands. Fentanyl shipped via international mail is usually 90 percent pure, whereas fentanyl brought over the borders often is diluted with other drugs and only about 10 percent pure.

The People’s Republic of China, the biggest source of the fentanyl problem, is the world’s largest manufacturer and exporter of pharmaceutical ingredients. Perhaps 40 percent of global pharmaceutical output is from China, yet the communist regime has few laws governing controlled substances such as fentanyl.

China’s inadequate regulation of drugs has left room for an estimated 160,000 chemical companies there with the ability to produce and export fentanyl.

The Chinese Communist Party has the power to control production. The U.S. has made mostly unsuccessful attempts to persuade China to address this problem as a supply matter.

China has shown a few signs of supposed cooperation. For example, conversations between the U.S. Drug Enforcement Administration and China’s National Narcotics Control Bureau led to China’s implementing scheduling controls on two key fentanyl precursor chemicals. However, those controls have done little to curb export of fentanyl to the U.S. At the G-20 talks in early December, China said it would work to make fentanyl a controlled substance, but has yet to take action.

This is an immediate and growing crisis. The National Institute on Drug Abuse estimates that overdose deaths due to fentanyl rose by 14 percent in 2010, 46 percent in 2016, and 60 percent in 2017. That is a 428 percent increase in seven years.

In addition to increasing security at the Mexican-U.S. border to intercept illegal drug shipments, the Trump administration should prioritize taking other action to stop the illegal importation of fentanyl from China.

To persuade China of its stake in helping us, we should:

1. Diversify our sources of pharmaceutical ingredients.

China has a majority hold on the pharmaceutical market. The Chinese Chamber of Commerce reported that the nation exports $35 billion worth of “western medicine.”

If Americans begin to look elsewhere for these products, it would affect Chinese producers. India is an untapped, alternate resource for cost-efficient pharmaceuticals. Competition also would breed better pharmaceutical standards and give us greater leverage with China.

2. Work with our European allies to pressure China.

The United States is not the only country suffering at the hands of the opioid epidemic. Europe is experiencing an escalated death toll from overdoses. Europe’s illegal fentanyl supply also traces back to China.

Working together with European countries to convince China to stop these exports also would increase our leverage.

Fentanyl is infiltrating our borders and killing our citizens. We must take both national and international action.

Hans von Spakovsky is an authority on a wide range of issues—including civil rights, civil justice, the First Amendment, immigration, the rule of law and government reform—as a senior legal fellow in The Heritage Foundation’s Edwin Meese III Center for Legal and Judicial Studies and manager of the think tank’s Election Law Reform Initiative. Read his research.

Peyton Smith is a member of the Young Leaders Program at The Heritage Foundation.