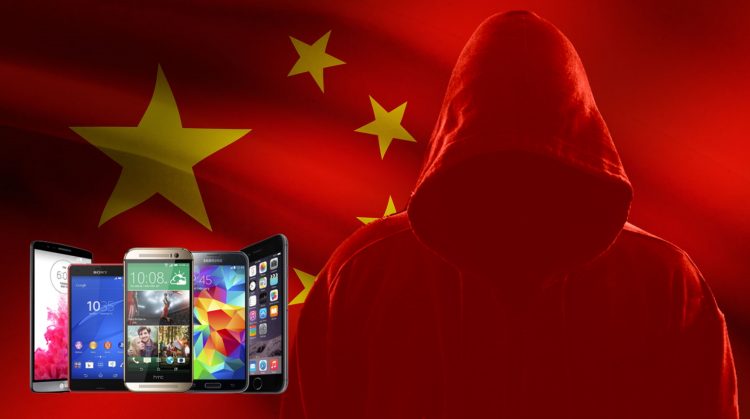 Concerned about Big Brother? You should be, but not just in the US. It’s being reported by Forbes that China has now weaponized the smartphone and has presented reasons why this should cause you concern.

Zapya is a new mobile app that has gone viral.

According to its developers, “File sharing has never been simpler. You can share files from device to device for free—Zapya allows you to seamlessly transfer massive files across multiple platforms.”

China is well known for its blatant copyright and patent infringements and so, it’s not surprising to see this kind of app appearing on the scene.

Since 2012, the app has been downloaded more than 450 million times.

However, here is what Forbes points out:

Somewhat awkwardly, though, it now appears that the authorities in Xinjiang have been “targeting” Zapya users among the minority Uighur population. If the app is found on a device, it’s reason enough for an investigation. And depending on what files have been shared, that investigation could lead to internment.

The Zapya revelations can be found among a leaked cache of documents that expose the surveillance ecosystem deployed in Xinjiang. The China Cables, published by the International Consortium of Investigative Journalists, detail the deployment of a no holds barred surveillance laboratory, where patterns of life can be monitored and the population can be controlled. Missteps run the risk of internment, and internment can only be escaped through modified thinking and behaviour.

It isn’t just Zapya, of course, and its developers had not responded to a request for comment at the time of publishing. Allegations that the authorities actively monitor communications on Tencent’s WeChat have long been made, and Western apps like WhatsApp are an immediate red flag. “Uighurs inside and outside China now live with the knowledge that their communications are constantly monitored by the authorities,” ICIJ says in its analysis of the leaked documents.

Forbes has been documenting the advancement of Chinese tyranny concerning smartphones.

Due to the vast amounts of personal information and data kept on one’s smartphone, they are very valuable to those who wish to exploit that information. Of course, we all know that virtually any app you want to use, you have to allow it to access all sorts of data that really isn’t necessary to run the app. If you don’t, you can’t use the app.

The Chinese authorities continue the fiction that what is taking place in Xinjiang is simply an intensive counter-terrorism program, which has local public support and which has made the region safe. “There are no so-called ‘detention camps’ in Xinjiang,” was the official response to the latest leaked documents. “Vocational education and training centres have been established for the prevention of terrorism—[Xinjiang was] a battleground—[with] thousands of terrorist incidents between 1990s and 2016—Since the measures have been taken, there’s no single terrorist incident.”

This weaponisation is wider than Xinjiang and Hong Kong. It’s a switch that has been flicked. In a world where we all carry pocket-sized devices to store all our data, to track our movements and interactions, to get to know us better than anyone else in our lives, China has shown that it only takes a state willing and able to cross the line at scale to create the dystopian reality now unfolding in Xinjiang. Without those mobile devices, it doesn’t work, it becomes materially harder if not impossible.

While Doffman rightly calls Apple and Google “gatekeepers,” his claim that we trust them to keep us safe is actually unwarranted, especially in the case of Google. Google is anything but American. It is a CIA-backed, corporate tyrant. Along with other social media giants like Facebook and Twitter, and manufacturers of Android products, no one can actually trust that any of these companies actually have your privacy and security at heart, and in some cases, they are more than willing to turn over tons of raw data about you and contacts you have to government entities without a warrant.

One should be outraged at the US government’s abuse of this technology, but no one should be surprised that Communist China is utilizing it.

The reality though is that though Doffman claims that China has opened Pandora’s Box in all of this, he rightly points out “it’s been there all this time.”

That really should cause us to reflect on what has been obtained by our own government and how they are weaponizing our own devices against us.