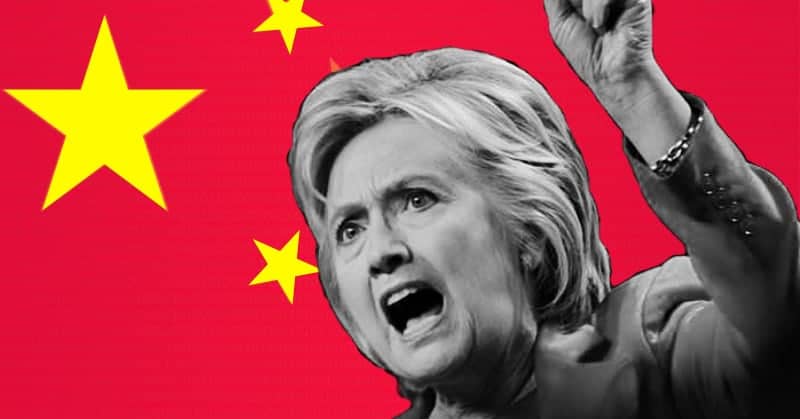 As Hillary Clinton continues to be unaccountable for using a private and illegal email server while she was Obama’s secretary of state, the latest news is that not just the Russians but the Chinese had also hacked into her server. For that matter, the Chinese government has all her emails, including highly classified information, in real time.

Richard Pollock reports for The Daily Caller, Aug. 27, 2018, that, as part of the Chinese government’s intelligence operation, a Chinese-owned companyoperating in the Washington, D.C., area hacked Hillary’s private server throughout her term as secretary of state (January 21, 2009 to February 1, 2013).

The hacking was enabled by code that was embedded in Hillary’s server that was kept in her upstate New York home. The code generated an instant “courtesy copy” for nearly all of her emails, which was then forwarded to the Chinese company. Copies of Hillary’s emails and attached documents were generated in real time, as she was sending and receiving them. As a result, Beijing has in their possession nearly all her emails, which the American people don’t have.

Hillary’s irresponsible and ILLEGAL behavior proved to be deadly for CIA sources in China.

Reuters reports (via Business Insider) that the Chinese government killed or imprisoned 18 to 20 CIA sources from 2010 to 2012, during the time when Hillary Clinton was secretary of state. As a result, U.S. spying operations in China which had been years in the making were effectively dismantled. The numbers of CIA assets lost rivaled those in the Soviet Union and Russia who were killed after spies Aldrich Ames and Robert Hanssen passed information to Moscow from 1979 to 2001.