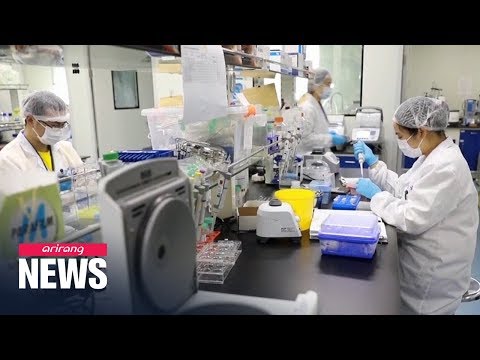 Would China deliberately unleash Coronavirus to kill its own people?

A country that has struggled with overpopulation for decades would seem to have a built in motive.

But is any government truly that evil?

Some Chinese Scientists seem to think so.

The fish market story is seriously in doubt with the revelation of a secret bio-lab just 280 meters away.

That’s less than a quarter mile.

As the world struggles to contain the new virus,… a new speculation from the Chinese scientists,… who believe it may have originated at a research facility not far from the Wuhan fish market.

While they say more research needs to be done to find solid proof,… such labs are known to contain disease-ridden animals, including hundreds of bats.

Kim Hyo-sun tells us more. Amid the continued spread of the COVID-19 virus,… there’s rising speculation the virus could have originated from a government laboratory in Wuhan rather than the widely-held belief that it emerged from the city’s Huanan seafood markets.

Citing a report published by Chinese scientists,… a Chinese-language newspaper published in Hong Kong, Ming Pao, and the British daily, The Mirror explained Sunday that the Wuhan Center for Disease Control, or WHCDC, could have spawned the contagion in Hubei Province.

According to the report penned by Botao Xiao and Lei Xiao of the South China University of Technology,… the research lab, which is only 280 meters away from the Huanan seafood market,… kept disease-ridden animals including more than 600 bats.

It stated that while it’s plausible the virus was leaked from the lab and contaminated initial patients in this epidemic,… more solid evidence is required through future study.

The report also raised the possibility that the Wuhan Institute of Virology could have leaked the virus while it was carrying out tests involving Chinese horseshoe bats.

Against such a background,… an article published by the Washington Times late last month is garnering attention, as it raised the possibility that the disastrous outbreak could be the accidental result of biological weapons research.

This comes as a renowned law professor at Tsinghua University in Beijing, Xu Zhangrun, is known to be missing after publicly condemning Chinese President Xi Jinping for failing to contain the spread of the virus at an early stage. He even added the condemnation could be the last message of his life. Kim Hyo-sun, Arirang News.

In the interest of full disclosure, Arirang TV is from South Korea, and that nation isn’t exactly China’s closest ally.

Would China unleash Coronavirus as a population control method for the homeland, while ignoring the devastating effect it might have worldwide?

I don’t have a lot of faith in The Chinese Government, but we have to realize that we get a fair amount of propaganda here in America too.

America isn’t against killing or allowing its own citizens to be killed if it accomplishes a goal.

Maybe you remember something we call 9/11?

Officially one of our closest allies, Saudi Arabia, was largely responsible for that.

Do you think one of our most trusted allies attacks us without us asking them to?

If my question is out of line, then why have we not retaliated?

There are way fewer coincidences and unforeseen attacks in this world than people think.

What is happening in China is Armageddon level stuff if we don’t find some answers quickly.