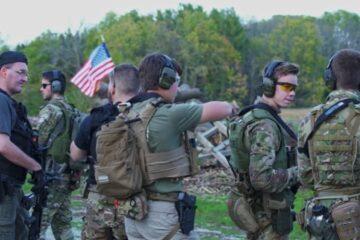 Our friend and author of The Doctrine of the Lesser Magistrates: A Proper Resistance to Tyranny and a Repudiation of Unlimited Obedience to Civil Government Matt Trewhella is exhorting Christians to stand and fight, not be cowardly and timid.

In his latest video, Trewhella says that Christians must resist the evils of the day.

He’s even produced a video on repentance.

Christian Resistance involves and demands 3 things: Repentance, fighting, and building. Many are very interested in fighting the evils of our day and building solutions and alternatives. However, without repentance, these objectives are lost. Repentance is a critical first step and needs to be carefully evaluated by each Christian in regards to their own lives. God uses those who have repented, fit for His works, to accomplish His Will in the Earth. Without repenting, we are not fit for His Will and all our fleshly efforts will be self-contrived, useless, and even counter-productive.

Therefore you must repent, and do so quickly. Repent of areas of failure within your own life first, and establish personal government well, and then you can move on to the other realms of government such as family, church, and civil government.

Jesus spoke of this in Matthew 7:5:

“Thou hypocrite, first cast out the beam out of thine own eye; and then shalt thou see clearly to cast out the mote out of thy brother’s eye.”

How can we solve the problems of the culture without first addressing our own sins and problems? It is only by the grace of God gifted through repentance that we are able to be used by Him for His purposes in the Earth.

Modern American Christians are guilty of major faults which are contradictory to scripture. A love for wealth and ease has choked Christians and made them unfruitful ( Mark 4:19). And their indifference towards civil government has resulted in the condition of tyranny we are in today (Isiah 1:13-21). Nowhere in the Bible does it say that Christians should not be involved in civil government, or that we should mindlessly obey. Pastors have instead imposed this on their congregations with a faulty interpretation of Romans 13 and then justified their indifference with pietism.

Their bad theology has resulted in the lack of Christians in civil government with wicked men filling the void.

Command these Christians to repentance. We do not write them off, nor condemn them (1:Corinthians 25-27), but rather rebuke, reprove, and exhort them with all longsuffering and doctrine (2 Timothy 4:2). The sooner the body of Christ in America can be purified through repentance, the sooner we will see great Revival and awakening in the land.

“The need to fight is imminent,” Trewhella wrote. “Christians should be on the front lines of battle, keeping the evil at bay, and demanding magistrates uphold their duty before God. Christians should NOT passively sit by and abide under the false pretense involving ‘Romans 13’.”

“Rather, it is our duty to defend the fatherless the widow, guard our families, and demand justice and righteousness in the land,” he continued.

Here’s one example of of a citizen fighting for her county and demanding interposition. Vicki Simons spoke before the Aiken County Council, Aiken County, SC in October 2021.

Trewhella concluded: “Our fight may necessitate armed conflict. Pacifism is a heresy. Nowhere is pacifism taught in scripture, rather men exegete that upon the text. Reformers have taught on the proper use of arms throughout Christian history. Christians should train and be familiar with arms.”

It’s not always wrong to use violence.