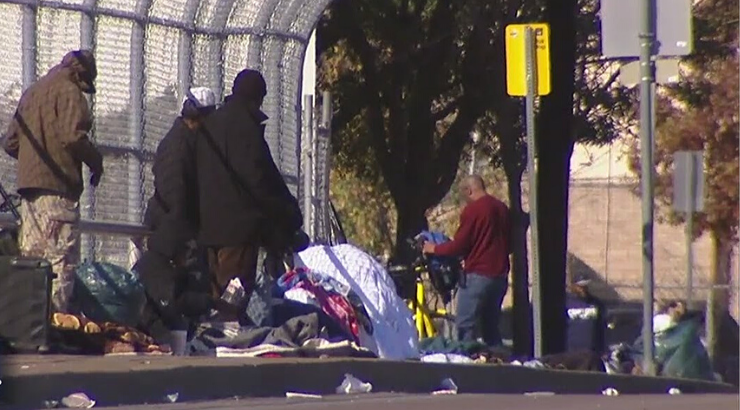 When the air temperature plunges below freezing in generally warmer climates, people are often caught off guard. And no one feels it more than those experiencing homelessness who call the streets their home, especially in cities that are largely unprepared for these dangerous temperatures.

In 2018, two Dallas residents froze to death when the temperature reached 13 degrees on an especially brutal January night that happened to be the coldest of the last seven years. Cold like that pushes those experiencing homeless into survival mode—staying warm is less of a priority when there is a real risk of death. The goal at this point is to simply survive until the morning.

On the coldest nights, available shelters fill to capacity quickly. The risk of gathering up all of one’s belongings and trudging to a shelter only to be told it is full isn’t one everyone is willing to take. Some instead choose to find warm vents and groups of others who sleep on the streets to hunker down with, or ride public transportation all night, but others just don’t find a safe place in time, which can unfortunately result in frostbite and even death.

But the city of Dallas does have a major hand in the lack of shelter beds and safe spaces and to some, is directly responsible for deaths like these.

When temperatures become life threatening, Rachel Baughman, senior pastor at Oak Lawn United Methodist Church in Dallas, opens the church’s doors to its neighbors experiencing homelessness. This seemingly simple act shouldn’t be surprising or unusual—but in Dallas it is.

Only one month after those two Dallas residents, Jesse Johnson Jr. and Donna Bannister, were both found dead only a block away from a church, Wayne Walker, executive director of OurCalling, a homeless resource and outreach center OurCalling, received a code violation letter.

According to the Texas Observer, “Chapter 51A of the Dallas Development Code bans overnight shelters within 1,000 feet of a church, school, park, or other entity, preventing places of worship and virtually anyone else from offering aid.”

A 2019 Metro Dallas Homeless Alliance report—”State of the Homeless”—revealed that the homeless population in Dallas is growing. In fact it grew about 9 percent since the previous year. Despite this, Dallas hasn’t built any new shelter beds in more than a decade.

The director of Dallas’ Office of Homeless Solutions, Monica Hardman, says the city is working on a long-term emergency shelter plan. While that plan would include participation from local churches, Walker told the Observer:

“There’s just no room in the code right now for an emergency like this. People are dying, people are freezing.”

And so the city has, for the first time, opened the Kay Bailey Hutchison Convention Center to homeless people on cold nights but the effort isn’t enough. And just last week the city lowered the temperature threshold that triggers the shelter’s operation from 36 to 32 degrees. Hardman calls it “a stop-gap plan,” but multiple Dallas churches and organizations would be ready to open their doors right now if doing so weren’t illegal.

Even still, people like Baughman and Walker are willing to take the risk and, according to Walker, attempt to operate “under the radar” to provide live-saving shelter. And eve when the Convention Center is open, Baughman still sees around 100 people at her church seeking to enjoy a warm meal and sleep on the cots scattered throughout the sanctuary and various classrooms.

A citywide emergency plan is what’s truly needed. We’re doing the best we can, but it’s not enough.

If you or someone you know is experiencing homeless in Dallas, the Metro Dallas Homeless alliance has a list of resources that are updated during cold weather events as well as a crisis helpline (1-888-411-6802).