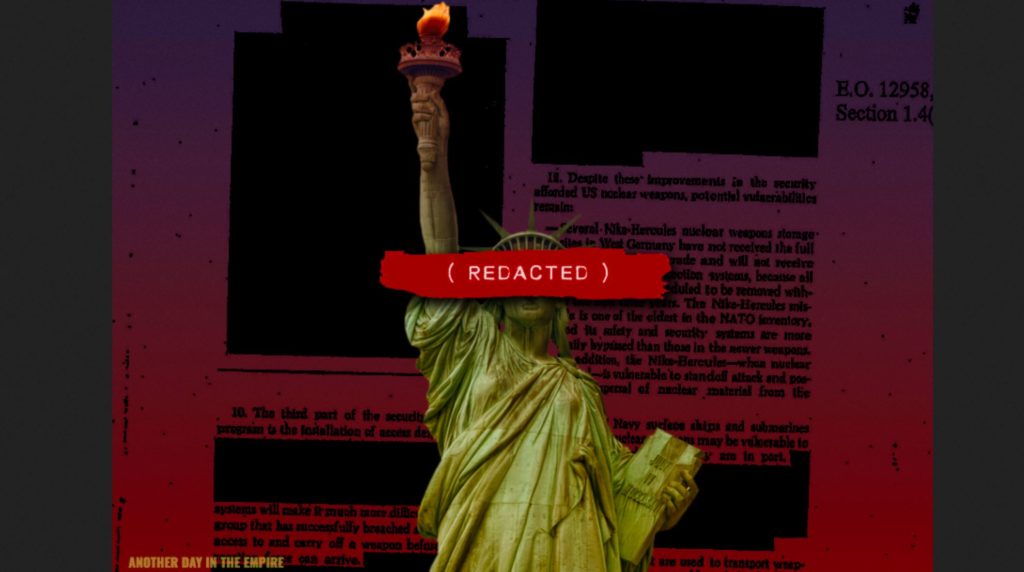 Early last year, the Swiss Propaganda Research center (SPR) published information cementing into place something many of us already know—the “mainstream” corporate media is controlled by the Council on Foreign Relations.

“It is no secret that over the last 4 decades, mainstream media has been consolidated from dozens of competing companies to only six,” writes Matt Agorist of The Free Thought Project. “Hundreds of channels, websites, news outlets, newspapers, and magazines, making up ninety percent of all media is controlled by very few people—giving Americans the illusion of choice… Top journalists and executives from all major media companies are integrated into the CFR.”

“[Frank] Wisner and [Allen] Dulles (the latter even when not in the government) were powerful because of their central position in the New York overworld of law, banking, the Council on Foreign Relations, and the New York Social Register,” writes Scott.

In its first years the CIA, like OSS before it, was dominated internally by the aristocratic elements of the New York overworld. All seven of the known deputy directors of the CIA at the time came from the same New York legal and financial circles, and no less than six of these seven (including both Dulles and Wisner) were listed in the New York Social Register as well.

[O]ur nation does indeed have, like its British cousins across the pond, an Establishment, complete with its own theological canon and doxology of statecraft and spy craft. Its “Vatican” is the Council on Foreign Relations. Its primary source of treasure and alms has been the Morgan and Rockefeller financial empires, which created the Fed, the great enabler of the Welfare-Warfare State. Many of its elite seminarians have studied at Ivy League institutions such as Harvard, Princeton, or Columbia; some in particular, at Yale where they were initiated into Skull and Bones.

This cabal of financial “overlords,” as Scott might have it, congregated at the CFR, is responsible for the “news” we consume daily, often without question or suspicion.

“The narrative created by CFR and its cohorts is picked up by their secondary communicators, also known the mainstream media, who push it on the populace with no analysis or questioning,” writes Agorist.

The plan to control the thoughts and opinions of the masses through media came to fruition in 1915. Congressman Oscar Callaway pointed this out two years later. His remarks were published in the Congressional Record of February 9, 1917, page 2947:

In March, 1915, the J.P. Morgan interests, the steel, shipbuilding, and powder interest, and their subsidiary organizations, got together 12 men high up in the newspaper world and employed them to select the most influential newspapers in the United States and sufficient number of them to control generally the policy of the daily press. They found it was only necessary to purchase the control of 25 of the greatest papers. An agreement was reached; the policy of the papers was bought, to be paid for by the month; an editor was furnished for each paper to properly supervise and edit information regarding the questions of preparedness, militarism, financial policies, and other things of national and international nature considered vital to the interests of the purchasers.

The CIA’s effort to consolidate and expand this hold on media tightened in the 1950s under what has become known as Operation Mockingbird. This effort to control information was later admitted in a CIA document.

“Although it is a document outlining their desire to become more open and transparent, the deception outlined by various whistleblowers (example) requires us to read between the lines and recognize that the relationships shared between intelligence agencies and our sources of information are not always warranted and pose inherent conflicts of interest,” writes Arjun Walia.

How many of us actually read between the lines? Not many, although the number is growing as it becomes obvious a hidden elite and its national security state apparatus—the CIA, the Pentagon, the NSA, and associated contractors and supposed NGOs—is skewering the “news” to provide various pretexts for endless war and mass murder that enrich the elite and their top-level cronies.

The torture of Julian Assange and the mistreatment of whistleblowers and genuine investigative journalists—the latter grew considerably under the “Change and Hope” phony Barack Obama—sends a strong message: if you reveal the secret crimes of the state and its financial overlords, you will pay a heavy price.