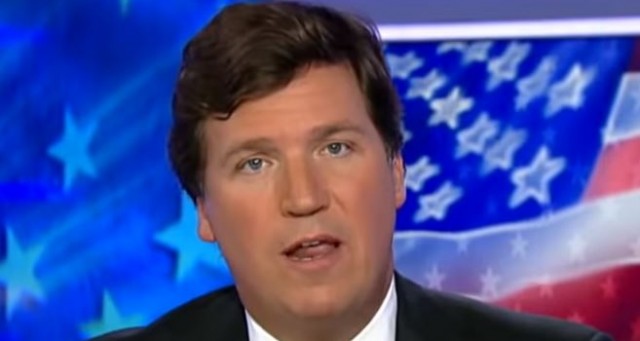 During his time on the air, Van Buren spoke to Carlson about the ongoing Democratic attack on President Donald Trump in a corrupt political coup.

The former State Department official spoke about the current accusations against the President as a “there way pitch-and-toss” amongst the Democrats, the mainstream media, and the whistleblowers within the Deep State.

According to Van Buren, the second whistleblower has direct ties to the first one, as an accomplice.

Peter Van Buren stated, “The second whistleblower is actually the source for the first whistleblower which means it’s all the same thing. Now this is different in the Kavanaugh case when they sent Michael Avenatti out to find additional victims wherever he could… In fact he’s simply the source for the first whistleblower. The CIA, this is an old trick. It’s called a feedback loop. And essentially what you do is you set up one of your sources to back up another source and you make it appear that your initial source is more credible by feeding information into the loop. That’s what seems to be going on here. They’re repurposing a witness as a second whistleblower.”

Take a look at the following clip from Tucker Carlson Tonight:

“What’s your assessment?” Carlson asked Van Buren. “Do we know more now than we did two weeks ago and enough to justify impeachment? You starting to think this is a real story or no?”

“No, it’s not,” said Van Buren. “Essentially, the first complaint surfaced the phone call–the full transcript is available online. Anyone can read it and it’s clearly not crazy or frightening, it clearly doesn’t represent any kind of demand for political quid pro quo or anything along those lines.

“What we’ve seen however is some very clever teeing up of information and kind of a three-way pitch and toss between the Democrats, the media, and what’s going on with this so-called whistle-blower,” continued Van Buren. “There is a second whistle-blower that we are led to believe is somehow adding to the narrative, but I think what is emerging is that the second whistle-blower is actually the source for the first whistle-blower, which means it’s all the same thing.”

The former State Department official pointed out that the political underhandedness the left is engaging in is familiar, yet a bit different than what we recently saw in another high-profile case of attempted political butchery.

“This is different than in the Kavanaugh case where they sent Michael Avenatti out to find additional victims wherever he could,” said Van Buren. “In his case, there are other lawyers who took time off from chasing ambulances to go on Twitter and play out their second whistle-blower.

How can one not love Tucker Carlson?