The Central Intelligence Agency has revamped their website to champion their wokeness and support for diversity, LGBTQs and dual citizens.

Striving to further diversify its ranks, the CIA launched a new website Monday to find top-tier candidates who will bring a broader range of life experiences to the nation’s premier intelligence agency.

The days of all American spies being white male graduates from Ivy League schools are long gone. The CIA director is a woman and women head all five of the agency’s branches, including the directorates of science and technology, operations and digital innovation.

[…] “We’ve come a long way since I applied by simply mailing a letter marked ‘CIA, Washington, D.C.,'” said CIA Director Gina Haspel, who joined the agency in 1985. She said in a statement that she hopes the new website piques the interest of talented Americans and gives them a sense of the “dynamic environment that awaits them here.”

[…] Last year, the CIA designated its first executive for Hispanic engagement, Ilka Rodriguez-Diaz, a veteran of more than three decades with the agency. She first joined after attending a CIA job fair in New Jersey.
take our poll - story continues below

“The CIA had never been on my radar,” she wrote in an op-ed in The Miami Herald after getting the job in October. “I didn’t think I fit the ‘profile.’ After all, the spies I saw on TV were male Anglo-Saxon Ivy leaguers, not Latinas from New Jersey. Still, I went to my expert life coach, my mother, for advice. She said, ‘No pierdes nada con ir.’ (What have you got to lose in going?) So, I went to the job fair. The rest, as they say, is history.”

Whereas homosexuals were banned in the past for fear they could be compromised, today the CIA views homosexuality as an asset. The CIA also wants prospective employees to know that dual citizens are encouraged to apply: Lest anyone think this “wokeness” is new to the CIA, here’s a video from their website that they posted in 2015:

A lot of leftists on Twitter reacted to the CIA’s in-your-face rebranding by suggesting this is all “performative” wokeness.

The CIA is rebranding itself as ruthlessly woke as part of an effort to better represent the populations of countries it has helped devastate and destroy. https://t.co/a26aSwGTWg

Wokeness is the dominant ideology of our ruling class as it serves their ends. he agenda is pushed from the top-down and continues on unabated no matter who is in power.

The Trump administration in 2019 launched a global effort to decriminalize homosexuality worldwide. NYT: “The Trump administration is considering cutting back on sharing intelligence with partner countries that criminalize homosexuality”
https://t.co/OVZcbmOHpk

The Christian president of Zambia got into a row with the US in 2019 for refusing to decriminalize homosexuality and release two men who were imprisoned for homosexuality.

Zambian President Edgar Lungu defied the U.S. and said in July 2019 that he would not promote homosexuality, even if it meant being cut off from foreign aid.

Lungu made the statements in an article shared in the Zambia Daily Mail, a state-run news outlet considered to be a mouthpiece for the government.

From the Zambia Daily Mail, “Homosexuality: Not in Zambia”:

IN RECENT years, many developing countries have come under pressure from some sections of the Western world to embrace homosexuality in exchange for financial help.

Those countries with the financial muscle use that to lure developing countries through hefty donations.

Some sections of society claim those who practise homosexuality deserve to be given the right to freely do so in their respective countries.

However, in Zambia, homosexuality is not only illegal but goes against the country’s culture and values as a Christian nation.

It is, therefore, commendable that President Edgar Lungu has demonstrated unwavering boldness and commitment to stand against any pressure to legalise homosexuality.

He has time and again come out strongly against homosexuality, even to potential donors.

When he met the outgoing Swedish Ambassador to Zambia Henrik Cederin and European Union head of delegation Alessandro Mariani yesterday, the President reaffirmed the country’ stance against homosexuality.

President Lungu told the envoys, whose countries are known to support gayism, that Zambia will not impose such on its citizens in exchange for financial assistance from other countries.

President Lungu said there are certain matters that are enjoyed as rights in some parts of the world but these may not be regarded and accepted as such by Zambians.

“Some cultural differences have proved that some of the rights enjoyed in some countries cannot be applied elsewhere such as in Zambia,” he said.

[…] For Zambia, which is a Christian nation as enshrined in the constitution, embracing homosexuality is an affront to the declaration.

Through the declaration as a Christian nation, Zambia chose to be governed by biblical principles.

The Bible is very clear about homosexuality – it is an abomination and is detestable before the eyes of God.

It is a rebellion against God — God created human beings as male and female, to get married and multiply and raise families.

Leviticus 18:22 says, “Do not lie with a man as one lies with a woman; that is detestable.”

“If a man lies with a man as one lies with a woman, both of them have done what is detestable. They must be put to death; their blood will be on their own heads” (Leviticus 20:13).

God demonstrated His seriousness to his commands governing human sexuality when He rained down burning sulfur on Sodom and Gomorrah because of their involvement in homosexual activities (Genesis 19:24-25).

Whether proponents of homosexuality are aware or not, such acts attract the wrath of God.

Needless to say, homosexuality is an affront and rebellion against the family unit. It also defies nature and human biology.

People who decide to get ‘married’ as homosexuals cannot produce children and therefore resort to adopting.

God created human beings in such a way that their young offspring should be brought up by a mother and a father.

To subject children to same sex parents is cruelty of the highest level as it deprives them of an opportunity to grow up in a normal family.

It also subjects the children to psychological torment and confusion.

The article goes on.

Despite Lungu’s tough talk, he caved to Western pressure in 2019 and elected to pardon the two gay men whose imprisonment sparked tensions with the US.

In Oct 2020, the US rewarded him with nearly $2 billion in foreign aid. Some $389 million was reportedly earmarked for AIDS and “male circumcision programs.”

Leftists love to claim they support “diversity” and “indigenous cultures” but wherever they take power they seek to homogenize the world into a mirror image of San Francisco. 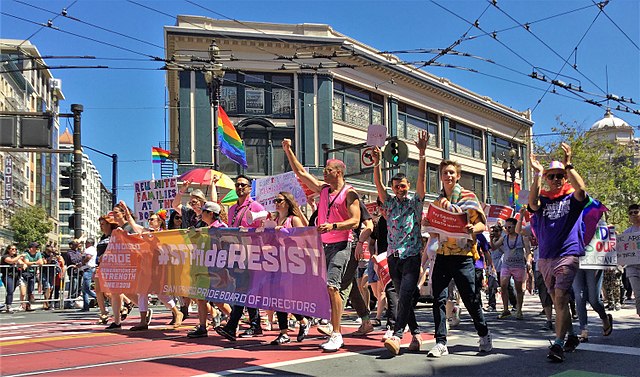