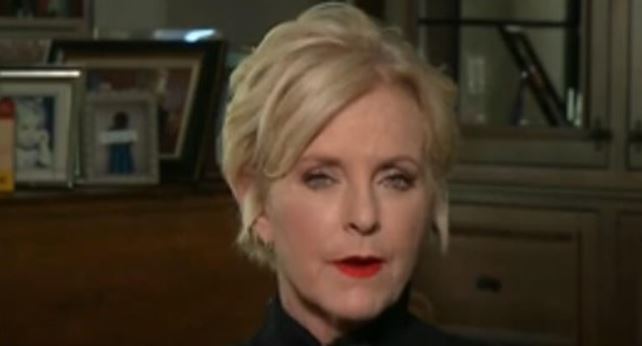 The wife of the late Sen. John McCain says that the Republican Party is no longer the Party that she and her husband were a part of.

She said that the Republican Party is “excluding people for the wrong reasons” and is not “the party that my husband and I belonged to.”

McCain said that she believes that Democrats have a good chance at winning Arizona and other Southwest states in 2020.

“If you’re not walking the line, then you’re out. That’s just not right. That’s not the party that my husband and I belonged to,” she said in the interview on the Politico “Women Rule” podcast.

“I think we’ve seen the end of men like my husband,” she said on the podcast that was released on Wednesday.

“At least for right now … there’s lots of good people in the Senate and the House but I just don’t see anyone bubbling up to the kind of quality my husband had,” she said.

“The inability to even discuss issues — differing issues — it’s degenerated into name-calling and Twitter responses, and all of these things that not only do they not help the argument, but they don’t help foster good relationships with people,” she said.

When her husband died her name was mentioned as a possible replacement for him, but she was not chosen by Arizona Gov. Doug Ducey.

She praised Democrat presidential candidate Joe Biden and his wife Jill Biden, saying that she and his wife are “such good friends.”

“Joe has been a remarkable source of inspiration, kindness and just a shoulder throughout all of this,” she said in the podcast.

Cindy McCain, the widow of the late Sen. John McCain, said on a podcast released Wednesday that the Republican Party is "excluding people for the wrong reasons" and is no longer "the party that my husband and I belonged to." https://t.co/EGAcLlV8Gj

Cindy McCain said she can see Democrats winning Arizona in 2020, and warned that the Republican Party is “excluding people” https://t.co/z5Jh9vH4ah

“We’ve seen the end of men like my husband.”

Cindy McCain: GOP no longer the party she recognizes https://t.co/ExmkS7rPT3