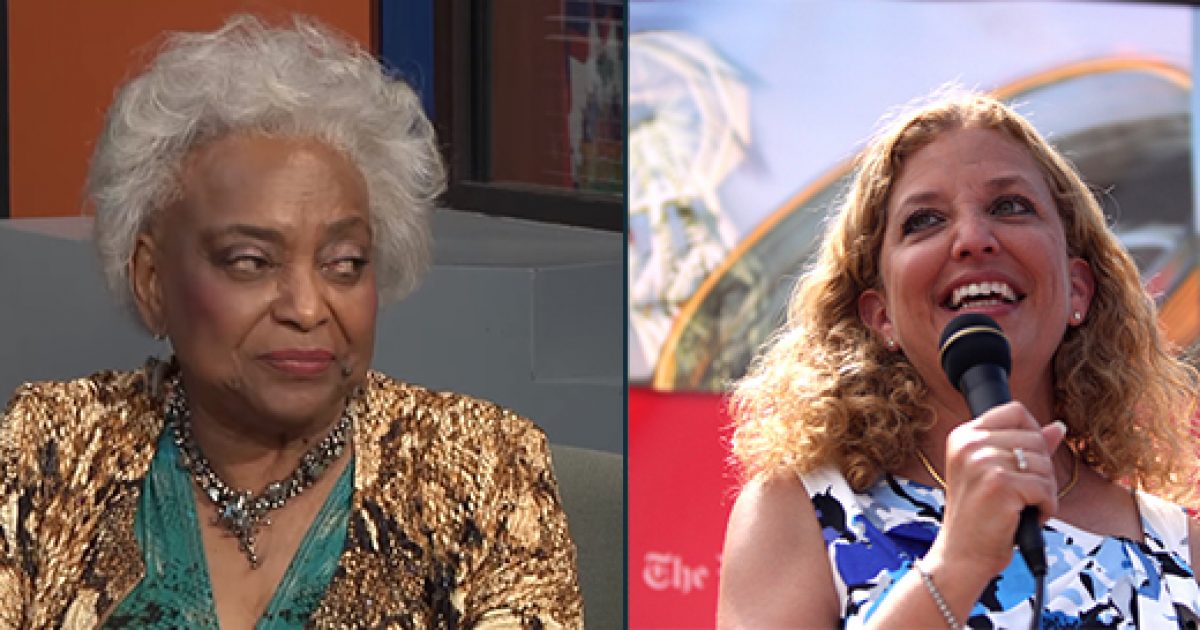 A known law breaking clown, Brenda Snipes, is running the elections circus down in Broward County and a circuit judge has said she has violated the law once more in 2018. However, former head of the DNC and hirer of treasonous Muslim IT professionals in her office, Debbie Wasserman-Schultz, claims that Snipes is merely following the process. Who to believe?

Well, we know Wasserman-Schultz has a history of lying and she’s lying here too.

According to The Miami Herald on Friday, “There are at least 20 illegal votes mixed into an anonymous pile of 205 [provisional ballots], all sitting in a machine that counted them but did not add them to the final count.”

However, Wasserman-Schultz told CNN, “Number one, [Snipes] has followed the process as Florida law prescribes. And there’s been absolutely nothing amiss that’s been found by Rick Scott’s own department of state election monitors who have been in her office since the spring.”

“[There’s] no evidence of anything that has gone wrong.,” she added. “The process is simply working. The deadlines have been met.”

Wasserman Schultz claims on @CNN that Brenda Snipes has "followed the process as Florida law prescribes."

Apparently, she didn’t get the memo, or she did get it and is still lying.

The Daily Caller points out that a circuit judge says that Snipe violated the law.

However, a circuit court judge ruled this past Friday that Snipes did violate Florida public records law by not providing requested election information to Florida Governor Rick Scott, who is running for Senate.

Scott filed a lawsuit late Thursday night alleging that Snipes was improperly withholding election information, including a count of total ballots cast and a breakdown of votes by category.

The information “should be a matter of record at this time and immediately available,” Judge Phillips held, ordering Snipes to release the information by 7 pm Friday.

Snipes failed to do so.

Meanwhile, a Broward County employee’s affidavit affirms that members of Snipes’ staff were engaged in filling out blank ballots, indicating that they were involved in voter fraud.

Additionally, Snipes was mixing invalid provisional ballots in with valid ones and it was being reported that there were still uncounted ballots in the same postal facility that allegedly processed the pipe bombs sent out by Cesar Sayoc.

Whatever is going on in Broward is not good. Something is rotten down there, and the public should be demanding that the count take place out in the open where everyone can see and with cameras on those tabulating the votes.

In fact, this should be done everywhere and we should eliminate the easy to hack voter machines.

Perhaps, Americans could take a lesson from The Battle of Athens to restore law and order, especially when it comes to electing those who will represent them.

‘Article posted with permission from The Washington Standard