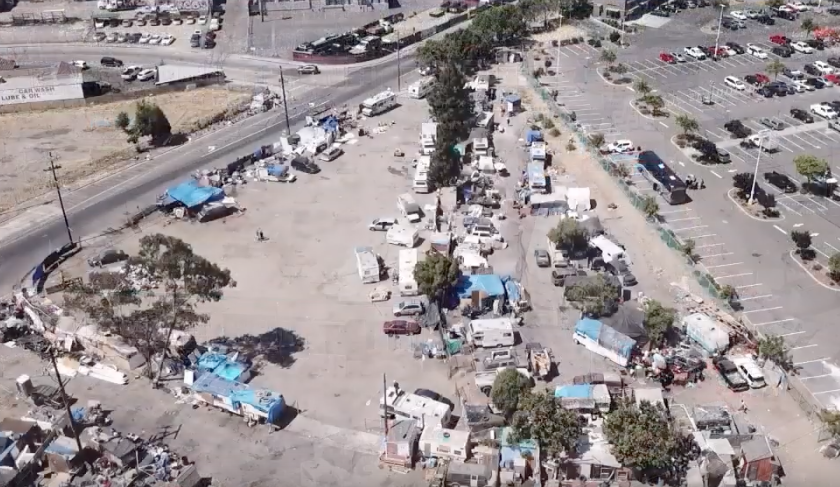 Raw human sewage flows onto the streets of Oakland creating a health crisis and city officials fail to act.

(INTELLIHUB) — The California city of Oakland costs a pretty penny to live in with rent prices soaring through the roof.

A small apartment or home is now going for around $3000-$4000 a month and it’s causing a big problem for those who operate on a budget. After all, wages are not getting any better nor is the value of the U.S. dollar.

There are many homeless who reside in the city and several encampments in which they reside. One of the most popular encampments is located outside a local Home Depot store where it has become apparent that the city has done nothing to help the situation.

New drone footage posted to the Joy Cool YouTube channel of the encampment reveals that there is no real running water or bathroom facilities for the homeless to use. In fact, only one porta-potty can be seen from the air.

To make matters worse, the land is being sold to a Carl’s Jr and the people who live there have nowhere to go.

“If you are grading this test you can see that they are failing with one bathroom for all these people,” the channel’s narrator said in the video. “Just imagine the raw sewage that goes down the drain pipes daily.”

“Untreated raw feces and urine right down the sewer into the bay and into the ocean,” he said. “This problem is never spoken about because it is the harsh reality of humans.”