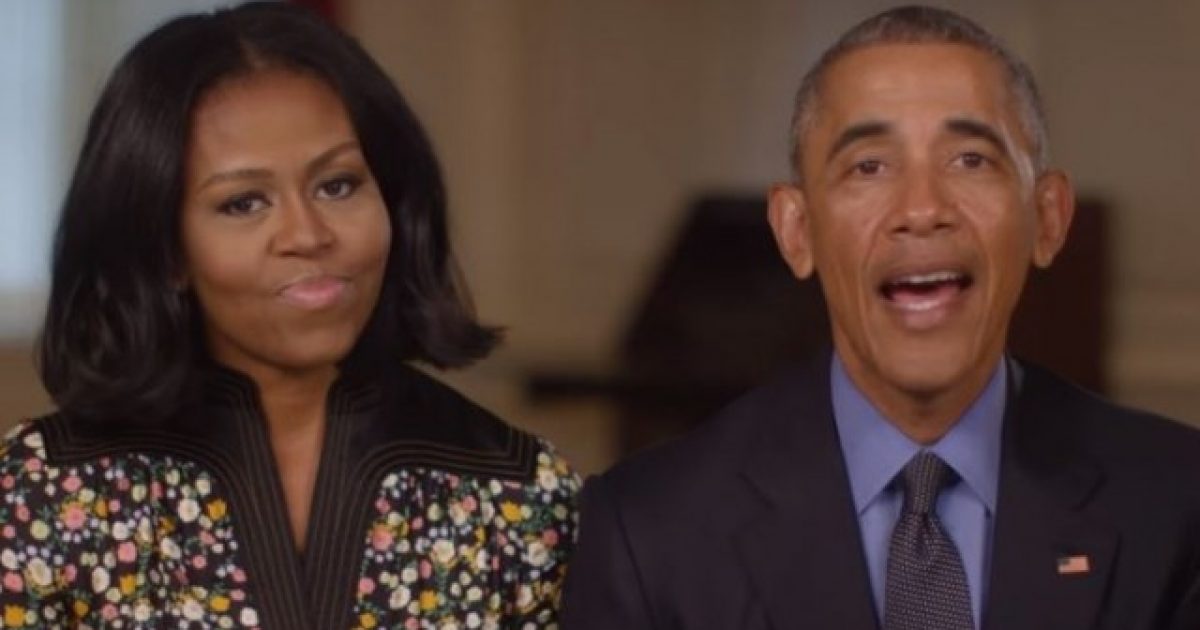 By JonDougherty at The National Sentinel

As every Democrat running for their party’s 2020 presidential nomination, every elected Democrat in Congress, Leftists in the “mainstream” media and Hollywood continue to push the claim that American excess is destroying the planet and we’ve only got, “like, 10 years left” before hell on earth, in AOC’s vernacular, Barack and Michelle Obama just proved without a doubt that the Left’s “climate change” agenda is, indeed, a hoax.

You may have heard that the former president and first lady have been renting in a rather large mansion in Martha’s Vineyard of late, a haven of wealthy liberals who produce massive daily carbon footprints while pretending they don’t and while lecturing you about how your 2010 SUV is destroying the planet.

On Friday, reports surfaced that the Obama’s made an offer to purchase the place from the owner of the Boston Celtics NBA team, Wyc Grousbeck, for nearly $15 million.

Spread out over 29 acres, the mansion just happens to butt up against the Atlantic Ocean; yes, it’s oceanfront property, and, according to pictures and reports, quite stunning property to boot.

So while President Obama was lecturing the country about the “excesses” of capitalism and how we don’t need large mansions, expansive property, and a multimillion dollar bank account, it’s become patently obvious that private citizen Obama wasn’t talking about himself — just us.

Now to the property and “climate change.”

Not long ago, Rep. Alexandria Ocasio-Cortez (D-N.Y.) became the latest charlatan to claim that Mother Earth was going to reach a point of no return in a dozen years because America was ruining the atmosphere and the planet with our advanced economy.

.@AOC on millennials and social media: "We’re, like, the world is going to end in 12 years if we don’t address climate change" pic.twitter.com/HjhbVyfFN4

Hmmm. So, what will this disaster look like? For one, we’re told, rising temperatures will melt the polar icecaps and the sea levels will rise to never-before-seen levels, resulting in massive flooding and loss of life.

Even the federal government says so.

Given what we know — after all, “climate change” and the resultant environmental degradation and damage that it will cause is “settled science” — why in the world would the Obama’s plunk down a cool $15 million on a beachfront property instead of a mansion high atop a mountain somewhere?

It has 29 beachfront acres. The main residence is just shy of 6900 square feet. It’s about the size of my library. It has seven bedrooms so that the Obama children will have a place to crash along with several of their friends. It’s got the obligatory pool, the outdoor fireplace, vaulted ceilings, two guest wings, but it’s right on the beach. It’s right on the beach.

The Obamas have just sunk $15 million into something that may not be there in 10 years because of climate change and rising sea levels. So why would the Obamas do that? Why would the brilliant Barack Hussein O plunk down $15 million on a property that’s gonna be ruined and destroyed inside of 10, maybe 12 years at the outside because of climate change?

Well, let’s see. What could the answer be? Maybe because they know that this whole climate change thing is nothing but a gigantic left-wing agenda-driven hoax! Seriously, folks! Seriously! You can make jokes, we can crack about it, laugh about it, but why the hell would — Look, left-wing voters, Democrat voters believe that their standard-bearers really, really passionately believe this stuff. …

Well, the truth is Algore doesn’t really believe it. He’s done a great job of convincing people. Obama doesn’t really believe this crap. If he did, they wouldn’t be buying a $15 million home that’s gonna be overrun by the ocean in years. Now, some of you are saying, “Well, wait a minute, Rush. Maybe not. Maybe they don’t want to live in it any longer than that. They love it and they want to get in it while they can, Rush.” I’m sure this will be one of the rationales that their devotees will come up with to explain it, but it’s a futile exercise.

They don’t any more believe that the sea levels are gonna rise to swallow up Martha’s Vineyard than I do. And this proves it.

Now, how many mainstream media ‘journalists’ who have enabled the climate change alarmism for decades will think to ask 2020 Democratic presidential contenders about this seemingly obvious contradiction? Don’t hold your breath.