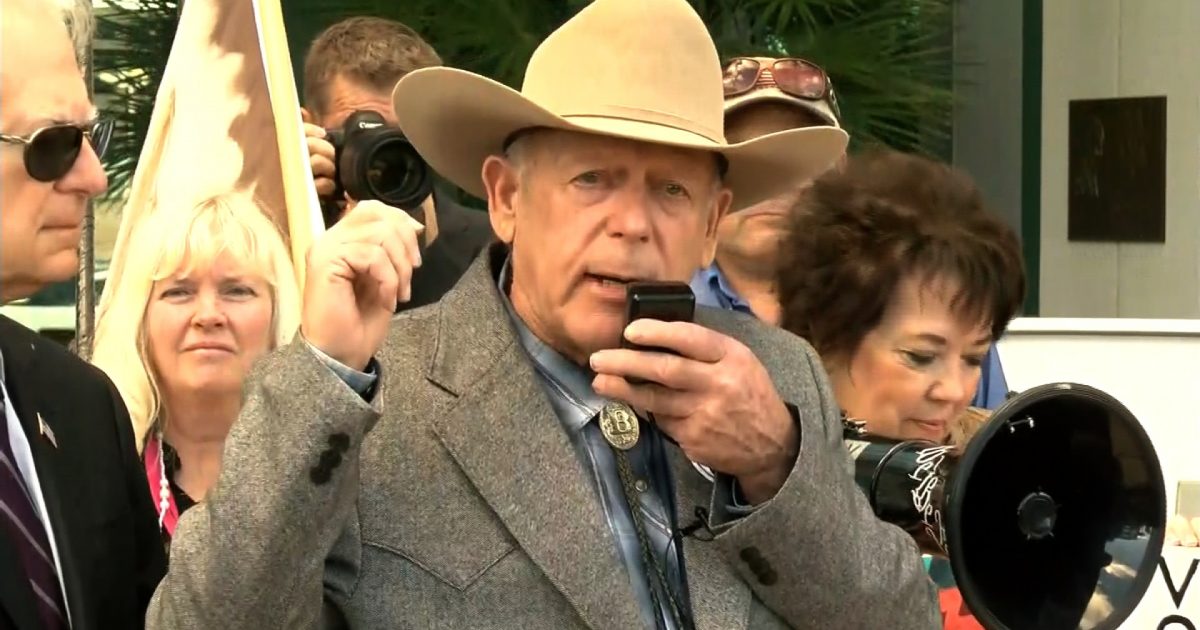 As the trial moves forward in the case of FBI W. Joseph Astarita, a member of the FBI’s Hostage Rescue Team (HRT), who is charged with lying about firing at LaVoy Finicum in Oregon during a protest with Nevada rancher Cliven Bundy’s sons, the Department of Justice is apparently attempting to try Bundy a third time. This is coming even as the same prosecution violated the rights of the defendants and engaged in multiple Brady violations (something we are also seeing come to light in Oregon), which led to the last trial being dismissed with prejudice. Now, Cliven Bundy, by way of his attorney, has said that he will fight attempts by the DOJ to appeal the dismissal and retry him again.

Larry Klayman, legal counsel for Cliven Bundy, issued a statement on behalf of Bundy vowing to fight the DOJ’s attempt to retry his client for his role in the 2014 standoff. Klayman is the founder of Judicial Watch and is a former prosecutor.

“My client and friend Cliven Bundy is confident that the Ninth Circuit will affirm Judge Navarro’s dismissal,” Larry Klayman, legal counsel for Bundy, said in a press statement Thursday. The government’s case was “based on prosecutorial misconduct,” he noted.

“That the prosecutors who committed and furthered this gross prosecutorial misconduct would now seek to file a notice of appeal underscores that my once proud alma mater, the U.S. Department of Justice, has become the Department of Injustice,” he added.

A federal judge rejected prosecutors’ request Tuesday to reconsider her dismissal of the case against Bundy. The prosecutors plan on appealing the case to the 9th U.S. Circuit Court of Appeals in San Francisco.

Well, knock yourselves out guys! You look like fools for your pains, and you are definitely an office that is corrupt and engages in violating the law in order to get convictions against defendants no matter what the cost.

This office hid exculpatory evidence that was valuable to every single defendant in the Bundy case, several of who have received lengthy sentences as a result of evidence being withheld from the jury.

Others spent nearly two years in prison waiting to be tried when they were not a threat nor a flight risk.

Some even made plea deals because they were being threatened with what could be logically assumed to be life sentences, knowing all the while the government was manipulating the evidence, the court, the jury, and ultimately justice.

If you have not gotten caught up on all that took place, I invite you to read my archives on the subject and tell me this is nothing more than more injustices against Mr. Bundy an others in what appears to be a clear violation of the Constitution’s protections against Double Jeopardy.

Tim Brown is an author and Editor at FreedomOutpost.com, SonsOfLibertyMedia.com, GunsInTheNews.com and TheWashingtonStandard.com. He is husband to his “more precious than rubies” wife, father of 10 “mighty arrows”, jack of all trades, Christian and lover of liberty. He resides in the U.S. occupied Great State of South Carolina. . Follow Tim on Twitter. Also check him out on Gab and