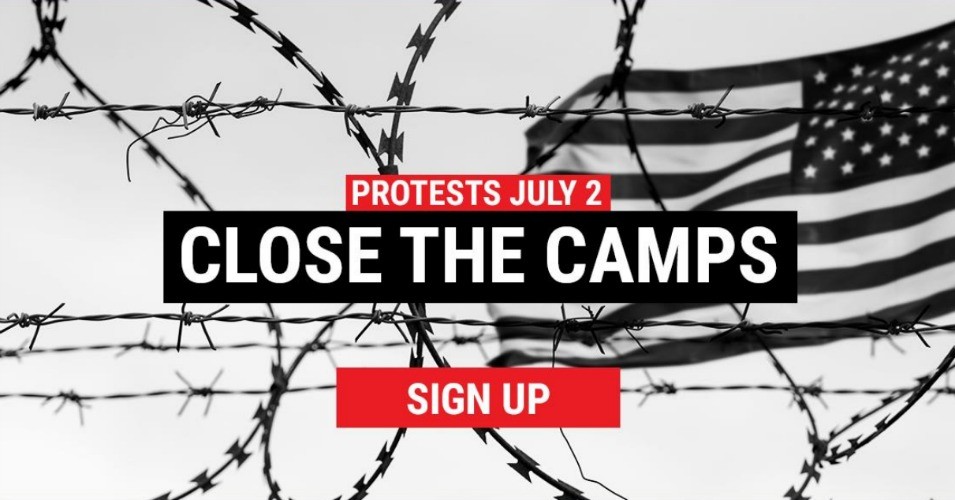 Well, the usual suspects in undermining American law are at it again. MoveOn.org, along with the American CivilLiberties Union (ACLU), the Center for Popular Democracy and other organizations are planning at least 184 protests in cities and towns across the country. The protests are allegedly coming in response to reports of severe abuse and neglect in immigrant detention centers despite that fact that evidence has apparently shown the opposite and that nearly 200,000 illegals have been released into American cities over the past five months by the Trump administration.

“It’s time to fight back against the racist regime that is causing suffering in our name,” tweeted Act.tv, a progressive activism network supporting the demonstrations. “History will remember those who stood against the atrocities.”

It's time to fight back against the racist regime that is causing suffering in our name. History will remember those who stood against the atrocities. #CloseTheCamps https://t.co/RWTs2eXklK

Children denied soap and toothbrushes, crowded into unsafe conditions. Separated from their families, subject to cruel treatment that leads to lasting traumas. And some dying in custody—or dying with parents as they cross the Rio Grande.

We’ve seen the images and heard the stories coming out of child detention centers. Horrifically, these conditions aren’t an accident. They are the byproduct of an intentional strategy by the Trump administration to terrorize immigrant communities and criminalize immigration—from imprisoning children in inhumane conditions to threatening widespread raids to break up families to covering up reports of immigrants dying in U.S. custody and abuses by ICE and CBP agents.

Actually, they are being given all of that and more.

“It’s going to take all of us to close the camps,” MoveOn wrote.

The also planned to gather for protests on Tuesday at members of Congress’ offices while they are away for the Fourth Of July holiday. The group is demanding:

The delegation reported that the immigrants they spoke with were living in cramped cells where they slept on floors, had not had access to medications or been able to bathe in weeks, were in a state of emotional turmoil, and were exhibiting health problems including hair loss.

“We’re talking systemic cruelty [with]a dehumanizing culture that treats them like animals,” Ocasio-Cortez said of what she witnessed in the camps.

“Horrifically, these conditions aren’t an accident,” wrote MoveOn. “They are the byproduct of an intentional strategy by the Trump administration to terrorize immigrant communities and criminalize immigration—from imprisoning children in inhumane conditions to threatening widespread raids to break up families to covering up reports of immigrants dying in U.S. custody and abuses by ICE and CBP agents.”

Well, we all know that Ocasio-Cortez is nothing but an actress concerning all this and not a very good one at that, and we know that others are pretty much looking for the cameras as well.

They are not witnessing atrocities. They are merely engaging in politics.

The question I have is, where were all of these people when the Obama administration was doing the same thing? They were nowhere to be found.