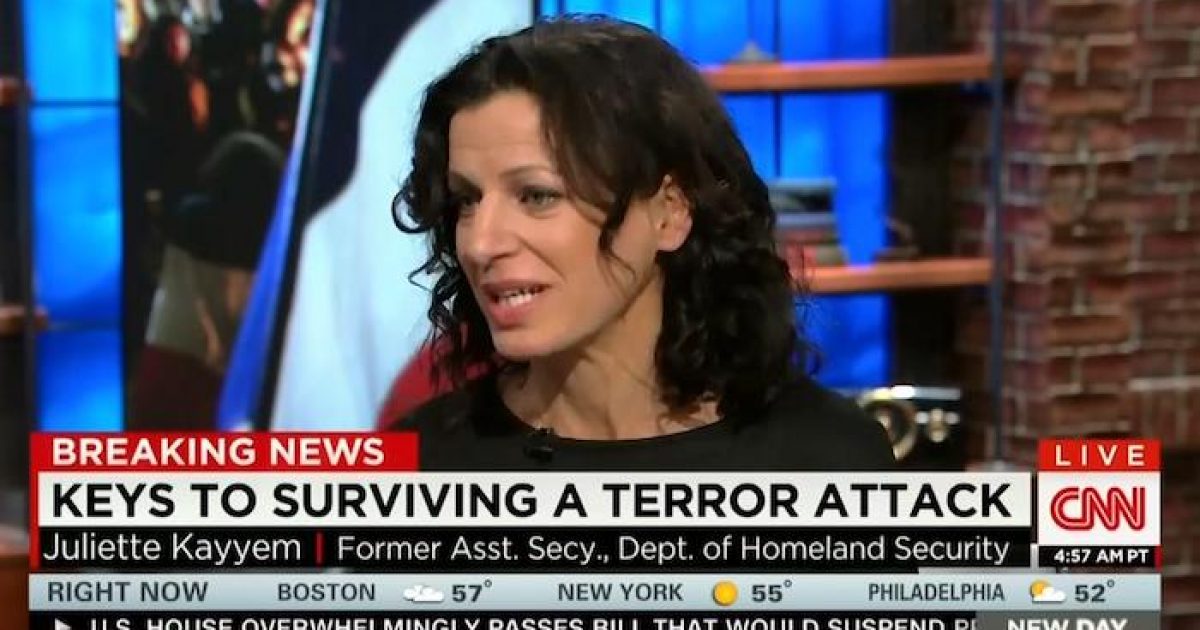 It has been clear for quite some time that the establishment media is not providing news. It is a propaganda organ for the hard-Left and its jihadist allies. And now that is being definitively confirmed. CNN’s quiet deletion of Kayyem’s ties to jihad-funding Qatar demonstrates that it is aware that featuring such people undercuts its claim to be a news source.

No American (or anyone else) should trust CNN as a source of news.

It is a key part of the entire corrupt cabal that has worked hard to discredit and destroy opposition to jihad terror by mainstreaming and normalizing Islamic antisemitism, the spurious concept of “Islamophobia,” and the idea that it is “bigoted” and “hateful” to oppose jihad mass murder and Sharia oppression of women, homosexuals, and others.

CNN quietly edited a national security analyst’s biography Wednesday after a report revealed she was a board member of a Qatari-funded organization.

The Conservative Review’s Jordan Schachtel reported Tuesday that several CNN contributors and guests have undisclosed ties to the Qatari government, which could influence their on-air coverage of Middle Eastern affairs. Juliette Kayemm [sic], a national security analyst who is on contract with CNN, was listed by the network as of Wednesday as a board member of the International Centre for Sport Security (ICSS).

ICSS president Mohammed Hanzab said in 2016 that the group is “70% funded by the Qatar government,” a regime that is accused of fundingterror and violating basic human rights.

Despite the fact that CNN’s biography for Kayyem on its website called her a “board member of … the International Centre for Sport Security,” a CNN source reached out to The Daily Caller to dispute that characterization.

“She WAS on the board of International Center for Sports Security, an organization promoting best practices for the safety of sporting events, which included senior leaders from the U.S., Europe, and elsewhere. That contract ENDED several years ago,” the source claimed.

The Caller pointed out that Kayyem’s bio on the CNN website said she was a board member of the ICSS. Shortly thereafter, the source indicated that her bio had been updated.

However, rather than changing Kayyem’s affiliation with the group to past tense, CNN scrubbed any references to it entirely….

Kayyem’s affiliation with the group was also changed on her faculty page at Harvard University, where she serves as a lecturer in International Security….