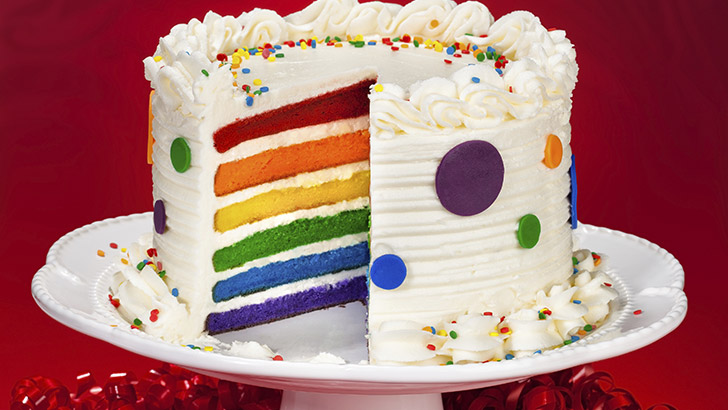 (Natural News) In what would seem to be a rare instance of justice actually prevailing in this country, Christian cake baker Jack Phillips of Lakewood, Colorado, is finally in the clear following a relentless, multi-year assault by the LGBT mafia against his constitutional right to refuse to be compelled to write words on a cake that celebrate a lifestyle which contradicts Phillips’ religious beliefs.

Phillips first made national headlines for refusing to bake a custom cake for a same-sex “wedding,” which quickly landed him in the crosshairs of LGBT zealots who demanded that he bake the cake against his will. Phillips again made the news when he similarly refused to bake a custom cake celebrating a “gender transition.”

Rather than bow to the idol of LGBT against his religious beliefs, Phillips stood his ground in both instances and eventually prevailed. And now, thanks to the grace of God, Phillips has received the very good news that he will no longer face any more persecution from the Cult of LGBT, at least as far as the Colorado Civil Rights Commission is concerned.

“When I set out to build my dream of opening my own cake shop, combining my love for art and baking in a family business, I never imagined this chapter would be part of the Masterpiece Cakeshop story,” Phillips said a recent statement.

“I have and will always serve everyone who comes into my shop; I simply can’t celebrate events or express messages that conflict with my religious beliefs.”

For more news about the sinister actions of the LGBT mafia, be sure to check out Gender.news and LiberalMob.com.

California judge similarly strikes down lawsuit against another Christian cake baker, siding with the First Amendment rather than rabid lesbians

This dropping of all litigation against Phillips by the Colorado Civil Rights Commission represents a major victory for religious freedom in America, which the LGBT mafia is actively trying to destroy. There’s simply no such thing as a truly free America, after all, if Americans are being forced to do things against their will, in violation of their religious convictions.

“The Supreme Court affirmed that government hostility against people of faith is unconstitutional, and that Colorado was hostile to my faith,” Phillips further added in his celebratory statement.

“That hostility cost me 40 percent of my business and the wedding work that I love to do. But even after this, Colorado was relentless in seeking to crush me and my shop for living consistently with my deeply held religious beliefs.”

This really great news for Phillips comes just weeks after a judge in California ruled that another cake baker by the name of Cathy Miller, owner of Tastries Bakery in Bakersfield, did nothing wrong when she similarly refused to bake a cake for a lesbian couple.

The two lesbians tried to sue Miller, only to have the case thrown back in their face on First Amendment grounds.

So long as the Constitution remains intact, every American small business-owner is fully justified in refusing service to whomever he or she chooses, thanks to the Bill of Rights. This is what free speech is all about, after all – but it’s abundantly clear at this point that the LGBT mafia despises free speech and wants to see it completely eliminated.

“The state launched a new prosecution against me just weeks after the Supreme Court ruled in my favor. Yet today, as evidence of the state’s hostility toward my faith continues to emerge, the state announced that it will be dismissing its most recent complaint against me,” Phillips further stated about his case.

“Today is a win for freedom. I’m very grateful and looking forward to serving my customers as I always have: with love and respect.”