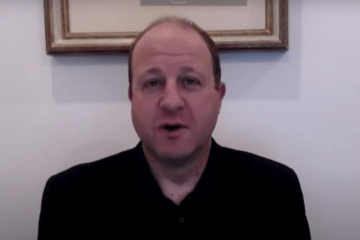 See what happens when you allow those who commit capital crimes and are at war with the Creator to be in positions of authority? They become tyrants. Colorado’s sodomite Governor Jared Polis issued an unlawful executive order in his state that allows for hospitals to refuse care to those who will not submit themselves to the ongoing public experiment, which is in violation of state and federal law, as well as the Nuremberg Code.

Lifezette has the story.

Colorado Governor Jared Polis (D) signed an executive order this week that allows hospitals to turn away those who are unvaccinated against COVID-19.

“If you are unvaccinated, a regular trip to the grocery store, a night out to dinner are more dangerous than they have been at any point during this pandemic,” Polis said, according to NBC News. “The delta variant is brutally effective at seeking out the unvaccinated, like a laser-guided missile.”

“While the state has a nearly 80 percent partial vaccination rate, unvaccinated people with severe Covid-19 are overwhelming hospitals, many of which reported being over 90 percent capacity,” said Scott Bookman, Covid-19 incident commander for the Colorado Department of Public Health and Environment.

The language of this executive order makes it clear that it authorizes discrimination against those who are not vaccinated for COVID-19. Becker News reported that the order reads:

“Pursuant to the authority vested in the Governor of the State of Colorado and, in particular, pursuant to Article IV, Section 2 of the Colorado Constitution and the relevant portions of the Colorado Disaster Emergency Act, C.R.S. § 24-33.5-701, et seq., including C.R.S. § 24-33.5-704.5(1)(e)(II), I, Jared Polis, Governor of the State of Colorado, hereby issue this Executive Order authorizing the Colorado Department of Public Health and Environment (CDPHE) to order hospitals and freestanding emergency departments to transfer or cease the admission of patients to respond to the current disaster emergency due to coronavirus disease 2019 (COVID-19) in Colorado.”

This ruling by Polis is based on faulty data “inflated” and “skewed” by the Branch Covidians to make things seem much worse than they actually are.

The virus, for all intents and purposes, would have been long gone had Donald Trump never introduced his “Operation Warp Speed” injections in the first place. Now, thanks to Trump’s contributions to the plandemic, medical fascism is spreading like wildfire in Colorado and elsewhere.

At Colorado State University, for instance, students are being threatened with arrest if they are caught stepping foot on campus while unvaccinated.

“My administration, along with other state, local and federal authorities, has taken a wide array of actions to mitigate the effects of the pandemic, prevent further spread, and protect against overwhelming our health care resources,” Polis said, once again blaming the unvaccinated for the latest wave of illnesses despite providing no proof to back his claim.

“Despite significant progress, there has been an increase in covid-19 cases, largely due to the highly contagious delta variant and the 20 percent of Coloradans who have yet to get the highly effective, safe vaccine.”

Polis went on to slander the unvaccinated by falsely blaming them for hospital overload and other problems that – based on real-life science – are clearly being caused by the fully vaccinated.

“Colorado would be a rather conservative state if not for the steady growth of the Denver Metro/Front Range,” wrote one Natural News commenter, speculating as to how Colorado got to be this bad in terms of embracing and tolerating Branch Covidian tyranny.

“This same thing is going on in most locations across the nation. Want to stop the infestation? Put up large walls with no exits around all those large urban centers.” the commenter added.

Had a man like Polis existed at the time of our founding fathers and long before then, they would have been dealt with severely according to law. Now they are tolerated and promoted.

The Bible is correct when it states:

“When the righteous are in authority, the people rejoice: but when the wicked beareth rule, the people mourn.” -Proverbs 29:2

The good news is the Rockefeller model of healthcare is dying and people are once again returning the Creation based treatments.