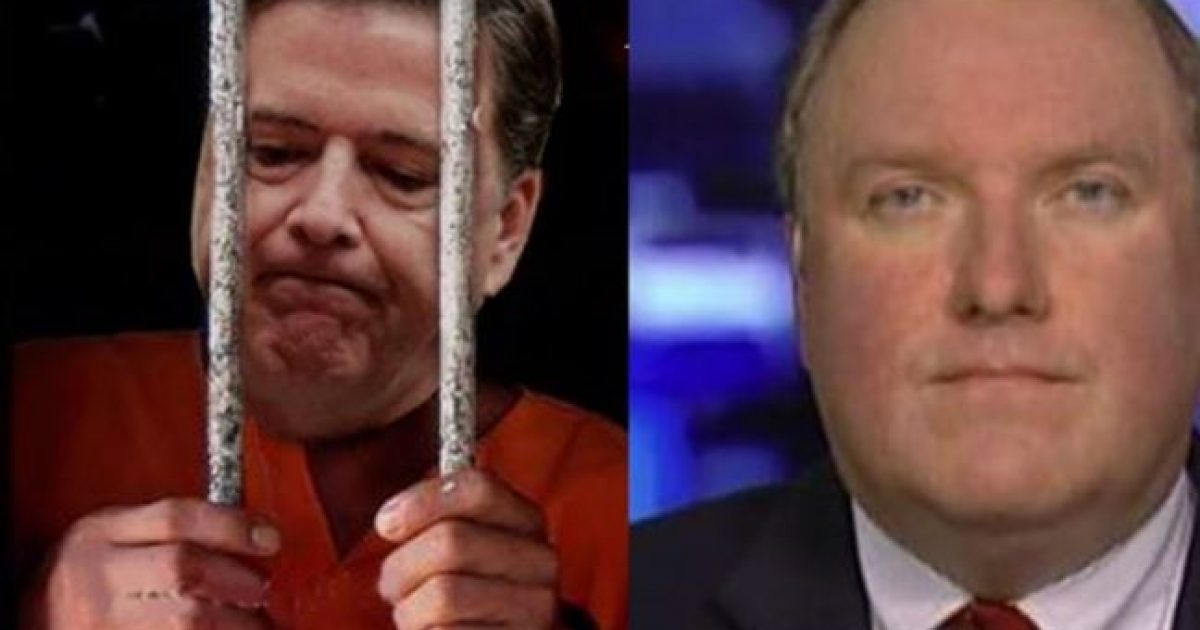 Barr’s DoJ Let James Comey Off The Hook For Leaking Classified Info. That’s Not The End Of It

Americans hungry for justice regarding Obama-era Deep State operatives who attempted a soft coup against POTUS Donald Trump got another disappointment Wednesday when ace investigative reporter John Solomon of The Hill reported that fired FBI Director James Comey is going to skate for leaking classified memos to the media.

Specifically, Solomon reports that Justice Department Inspector General Michael Horowitz, whose report on FBI/DoJ/Obama admin malfeasance has been pushed back to September, referred Comey to the Justice Department for prosecution over the leaked memos, but prosecutors are declining to pursue them:

Prosecutors found the IG’s findings compelling but decided not to bring charges because they did not believe they had enough evidence of Comey’s intent to violate the law, according to multiple sources.

The concerns stem from the fact that one memo that Comey leaked to a friend specifically to be published by the media — as he admitted in congressional testimony — contained information classified at the lowest level of “confidential,” and that classification was made by the FBI after Comey had transmitted the information, the sources said.

Right. This smacks of why Comey let Hillary Clinton off the hook for her obvious criminal mishandling of classified information: ‘She didn’t intend to.’

Well, that’s not the legal standard, of course, and there are currently people in prison for doing what these two did and in the case of Clinton, far less.

The third paragraph above from Solomon’s story provides some clues. If you believe what Solomon wrote makes it sound as though federal prosecutors don’t think they have a strong enough case or don’t want to risk missing on Comey with such a relatively minor infraction, you’d be right.

Solomon later clarified his reporting during an interview with Sean Hannity on Fox News Wednesday night:

He’s got a day of reckoning coming, but there is more coming ahead…The more important thing to watch is the ongoing investigation by Bill Barr and what we know about the FISA [application]. They are learning some very troubling information about the FISA process and everyone involved remains under significant scrutiny…

The AG is looking at the possibilities. Can I win this case in New York and if I lose this case in New York, what message does it send that a leaking FBI director got off? If there’s a better case to be made against James Comey, patience is sometimes the better part of prudence.

I think AG Barr and John Durham will be judged on the final product. When Barr, Durham and Horowitz get done, what’s the final outcome?

Solomon responded: “I do agree with you. The sources are telling me to stay tuned. There’s a lot more to come down the pike on Jim Comey. He signed the first FISA agreement and that’s going to turn out to be a fraudulent or misleading document.”

In short, DoJ and Barr don’t appear to want to whiff on their first attempt to nail Comey. Also, they don’t want to waste an opportunity to get him for something much bigger.

And no doubt, that’s POTUS Trump’s feeling as well after enduring all he’s endured from these deep state conspirators.

H/T to our good friends at Illicit Info!