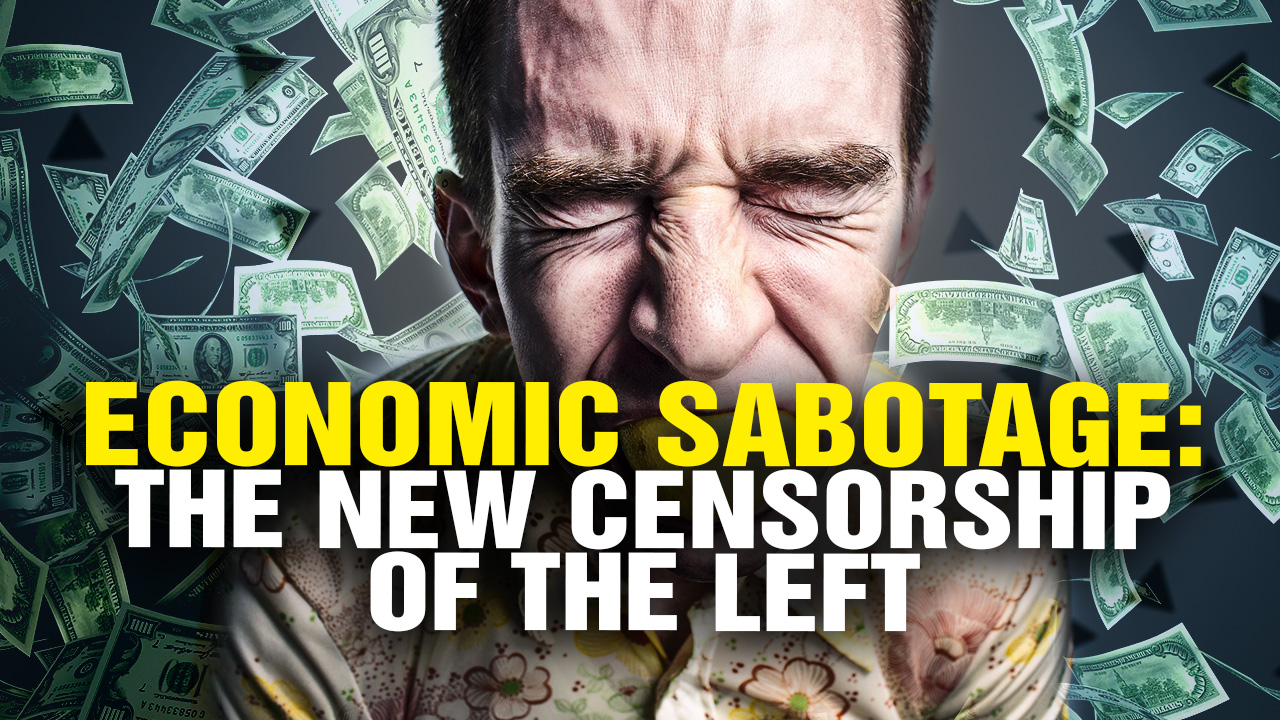 (Natural News) The radical left is free to believe whatever they want and post about it on social media. The leftists are free to advance their pages, businesses, and ideas. That’s great, but anyone who doesn’t go along with them somehow violates “hate speech” policies on social media platforms and is therefore banned from using these services.

The radical left has become totalitarian, pressuring social media companies (who share their agenda) to suppress their opposition, both politically and ideologically. This is tragically un-American. People who do not agree with the left are being shadow banned, de-monetized, and barred from using social media altogether. Conservatives, independent thinkers, journalists, and Trump supporters with great influence are being ripped off of social media platforms and segregated from the online world. This censorship is destroying equal opportunity, damaging democracy, hurting businesses, and putting a stranglehold on influential thought. This coordinated mind control across Big Tech is accusing people of “hate” and “racism” and unjustly persecuting them. This is segregation based on the color of ideas and it is forcing innocent, thoughtful people to the “back of the bus.”

If nothing is done about this censorship, and the rule of law is not restored, then a government that was intended to be of, for, and by the people has become complicit in the suppression of speech across the United States. Nevertheless, when totalitarianism and speech control is permitted, it will continue to put a stranglehold on other aspects of society. Soon, anyone who holds conservative views on topics like border security, second Amendment rights, or protecting human life will be denied payment services by banks. The authoritarian left is currently pressuring financial institutions to ban “far right” groups who promote “hate” and intolerance. Basically, anyone who disagrees with the left should not be included in a “civil society.” The authoritarian left believes that if you don’t hold politically correct beliefs, then you shouldn’t be able to buy and sell goods and services.

An authoritarian group of leftists called the “Sum of Us” have successfully convinced MasterCard to hold a vote to set up a “human rights committee.” This committee of “morally superior” bankers would oversee who can use MasterCard services by analyzing customer transactions, their speech, and their business interests. If the customer holds views that are contrary to leftist thought, then they can be wrongfully accused of “hate speech,” “racism,” or “human rights violations” and denied MasterCard services. The authoritarian left is trying to stop the flow of income to anyone who disagrees with their political agenda. The Southern Poverty Law Center is behind much of the attacks on these pro-America organizations. Mastercard has already been shamed for processing payments for pro-American groups such as American Border Patrol, League of the South, Proud Boys, and Stormfront, as revealed on the leftist’s Bloodmoney.org site.

MasterCard’s current board recommends that stockholders vote against the establishment of a new “human rights committee.” The board says they already monitor activities for alleged illegal use and work closely with law enforcement to shut down illegal activities. The board mentioned that they operate on the principle that consumers should be free to make “all lawful purchases.” On the surface, MasterCard looks like they will continue “doing business” with individuals and groups that the authoritarian left doesn’t agree with, but internal pressures within the company on this issue could impact how conservatives are treated now and in the future. According to Breitbart, online payment platform Patreon reported that MasterCard pressured them to withdraw services from Robert Spencer, a vocal critic of radical Islam and the founder JihadWatch.org. (Related: ‘Dystopian approach’: SEC gives blessing to MasterCard’s idea of cutting off customers with right-wing views.)

Even if the left doesn’t get their way, they will continue accusing innocent people and groups of being “white supremacists,” “white Nationalists,” and “Neo-Nazis.” There has been an influx in articles that pressure social media companies and financial institutions to stop doing business with “hate groups.” Payment processing firms such as PayPal have come under fire for doing business with these “hate groups” which are really just organizations that care about border security, second amendment rights, or accountability for radical Islam. Facebook and online payment processors have been pressured to stop providing a forum for groups that violate human rights; most are harmless conservative think tanks, Christian groups, and pro-American alliances, all of which deserve a right to participate in public discussion and commerce.