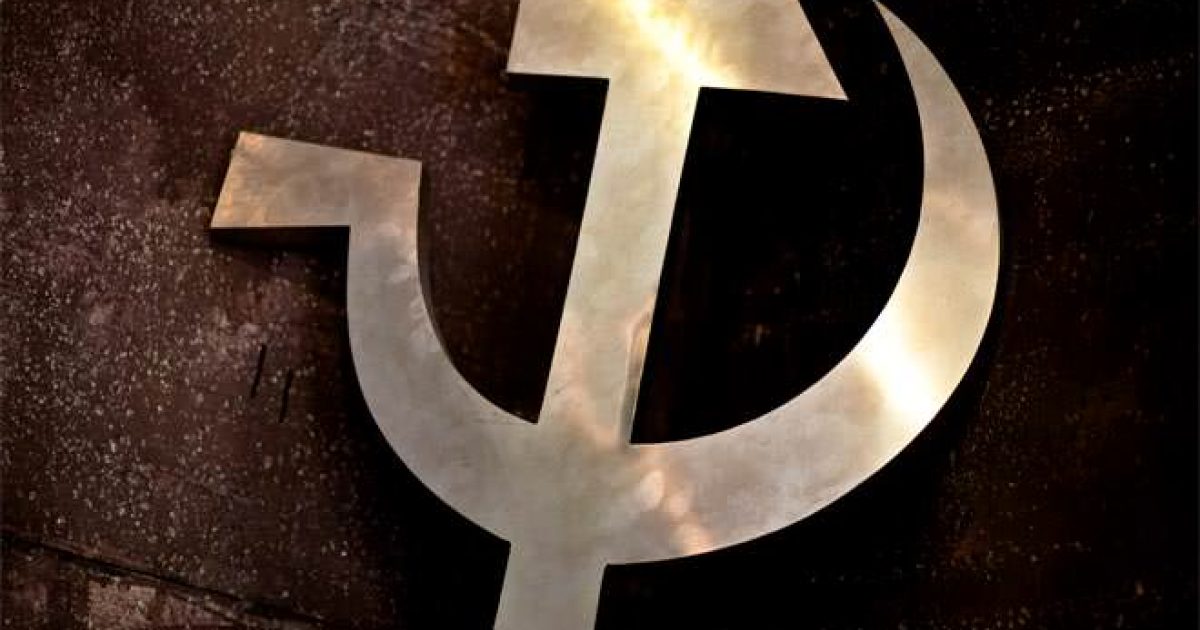 “We make men without chests and expect of them virtue and enterprise. We laugh at honor and are shocked to find traitors in our midst. We castrate and then bid the geldings to be fruitful.” – C.S. Lewis, The Abolition of Man

“It’s a brave new world,” one in which radicals are elected to high office in a system more corrupt and ignorant than ever imagined possible. The voters believe in the “shiny illusions of socialist/communist hell and are racing to implementation.”

Americans are not quite sure when the surge to communism finally planted its roots in the population at large and things began to change. Some argue it was the 1950s, others the 1960s. Over time, the corrupt mainstream media and the progressive-controlled education system brought us slowly but surely to today when good people are overwhelmed by manufactured news and personal attacks meant to marginalize anyone who disagrees with the socialist agenda, while the entire system of liberty and justice for all is collapsing.

The dangerous cult of personality which mesmerized an entire nation into submission to a magical black president now includes Millennials like Rep. Alexandria Ocasio-Cortez (D-New York), who, despite her International Relations degree, is, by her own admission, totally ignorant of world politics, and two Muslim women who took their oath on a book that contradicts everything our Constitution stands for and are flinging vulgarities and anti-Israel /anti-American insults to the American public.

The same MSM that gives them ample air time to insult anyone who disagrees with them, was mostly silent when three new Congressmen, real American heroes and Purple Heart recipients, were sworn in, the “5 eyes, 5 arms, 4 legs … All American” as Rep. Mast said. Jim Baird (R-Indiana) lost his left arm in Vietnam. Brian Mast (R-Florida) lost both legs in Afghanistan. Dan Crenshaw (R-Texas) lost his right eye in Afghanistan. Nobody saw them on the evening news, but air time was extended ad nauseam to the “new breed of women politicians” who offends us with overt anti-Americanism.

Rep. Ocasio-Cortez’s strong and strange socialist charisma appeals to a large segment of the American population, liberals and Democrats alike, who have made a cult hero out of a former bartender.

Maduro of Venezuela was a taxi driver before he became president. He appealed to low-information voters who have now managed to self-destruct under the leadership or lack thereof of a socialist, long on rhetoric, and short on the knowledge how to successfully lead a country rich in petroleum, a formerly prosperous nation, now a basket case of poverty, rationing, and hunger. He drove it into the ground, turning into the hell-hole of socialism that it is today.

The Cuban model, the Castro brothers communist dictatorship, ended in disaster in Venezuela just as it did everywhere else socialism/communism had been tried.

Should she be ignored in hope that she goes away back to the obscurity she came from? Liberals are already talking of making her president. People with real skill, intellect, sound judgment, and logical arguments must speak out with intelligence and force. But when they do, would anybody listen?
I am not at all surprised that young and old Americans alike are suddenly infatuated with the empty promises of socialism and communism and do not listen to reason. Decades of socialist indoctrination in public schools and progressive MSM are finally paying off for Democrats and their globalist fellow travelers.

In the country of my birth, where millions have suffered and died under the boot of socialism and of Ceausescu’s Communist Party dictatorship, there does not appear to exist a significant and strong conservative wing, politics in Parliament swing back and forth between socialists and communists. How is that possible when their parents and extended families lived in such hell of fear and brutal oppression for decades?

Young Romanians view any foreigners, no matter how poor in their own countries and how far left leaning they are, as rich capitalists who abuse and steal from the poor. Their parents have been told for decades under communism that capitalists exploit the working class, out to steal their rights to utopian communism that left them hungry, cold, and poor in perpetuity. It is extraordinarily bizarre to see young generations, with their smartphones, cars, plenty of food, and other electronic gadgets

produced by capitalism, indoctrinated by schools and the media into believing that free-market capitalism poses a fundamental threat to their avowed neo-communism.

A young American friend, who currently lives with his wife in Romania, is considering moving his family to America. As Darius explained, “she’s fixated on the idea of living in an America that probably hasn’t existed since the 1990s at the latest.” He is afraid to discuss any conservative ideas with the young Romanians who openly and proudly express their communist affiliation, rejecting all other ideas that contradict and diverge from their proletarian ideology.

It is no surprise that such young people were indoctrinated by non-governmental organizations (NGOs) who made their way into the Iron Curtain as soon as it “fell” in 1990. George Soros boasted in an interview that he was the first to be given access into Romania after Christmas 1989 when Ceausescu was executed for communist crimes against his own people. Soros allegedly met with the minister of education to discuss the new curricula post Ceausescu’s regime. Scores of young Romanians studied abroad with financial help from his foundations, assuring their allegiance to the new world globalism.

I have met several such students in 1991, who had been brought to an all-black southern U.S. college to study for Masters Degrees in management. When the two-year university indoctrination ended, they went back to work in the recently fashioned government comprised of former communist upper echelon apparatchiks who had rebranded themselves into the new world globalists.

The “sudden” infatuation of the West with socialism/communism has been developing over decades as the communists had planned to go underground and rebrand themselves into the global communists of today, championed by the United Nations and “civil society,” meaning intellectuals, academics, and other lapdogs of liberalism who advertise and promote everything the U.N. publishes.

Vladimir Bukovsky explained these phenomena in the upcoming English version of his book, “Judgment in Moscow.” He had found documents in Russia to prove that the reason the horrific crimes of the former Soviet Union and its satellites were not punished like the Nazi crimes were fifty years before was the “Kremlin’s links to and influence over Western political parties, governments, media, and prominent individuals, as revealed in the documents. It was these powerful links, he writes, that prevented any push to prosecute the extreme human rights abuses that took place over the decades of Soviet rule. As a result, the Communist Party and KGB elite were left to regroup and re-establish their power – with new names and new methods, perhaps, but the same goal: to undermine Western democracy.”

It is with sadness, agony, and dread that I see daily evidence of Western democracies turning back to the future. Some people never learn from history and must repeat it no matter how disastrous.