Reddit has made the big move to silence voices in support of our President. They have implemented further censorship of /r/The_Donald. This highlights the dangers of allowing Chinese nationalists to own property in the United States, when their politics are in stark contrast to the values of the United States.

Quarantined subs also do not show up on “the front (home) page” when a user goes to the top level of Reddit, and they do not show up, in the aggregator sub /r/all. Finally, when someone does a search on Reddit, results from quarantined subs do not show up. Theoretically, search engines will also stop indexing these subs. Obviously you can see the implications to stifle free speech that are involved with a quarantine.

Subreddits are what make Reddit unique. Reddit is a collection of thematic and interest groups. A subreddit is how they are organized, with each subject having one or more subreddits of discussion. They are also open and visible for all visitors to Reddit to discover and explore. Unless they are quarantined.

Subreddits are confusingly delineated by a /r/ such as, https://old.reddit.com/r/The_Donald/.

Conservative Thoughts are Dangerous to Leftist’s Agenda, Read Why – The Coming Ban of Reddit’s /r/The_Donald

Reddit has been around for a long time, in internet years. A decade and a half ago, Reddit was born. In the following years, Reddit became a huge outlet of expression and dissemination of thought. It was a needed aggregator of what was up to that point a disparate collection of discussion forums strewn about the web.

Reddit was built very much on the backbone of free speech. In the early days, you could say pretty much anything you wanted to say, without fear of retribution. You only had to follow the rules of the subreddit you were discussing in, and the very few rules of Reddit itself.

This of course allowed Reddit to be very Wild West like. The sheriffs of this Western town were the mods (moderators) of the subreddits. Sometimes the admins of Reddit itself would step in, if things needed to be corralled. 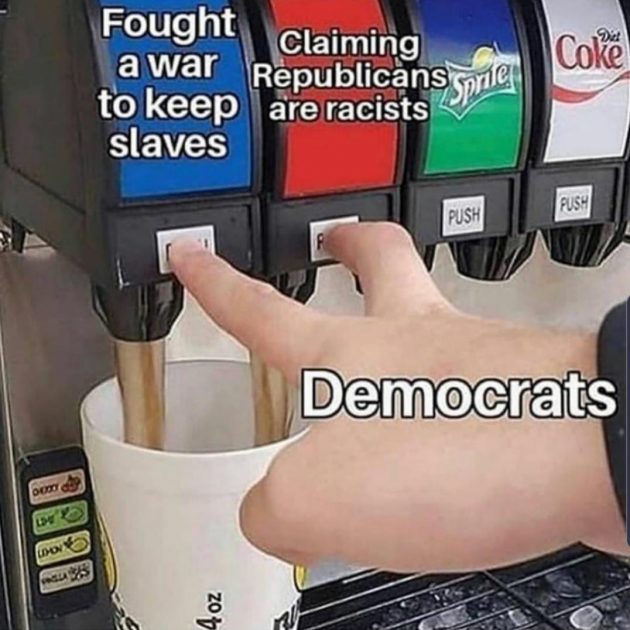 Fast forward to what is happening now it is about these mods and admins roles that we find ourselves at the final days of /r/The_Donald.

Nearly 3 years after Presidential Nominee Donald J Trump gave his AMA (Ask Me Anything) on /r/The_Donald — known by its users as T_D — Reddit imposed the quarantine. Designed to reduce the ability for T_D to spread the word about how accepting conservatives are. And to let everyone know conservatives are NOT racists and homophobes as the Democrats would have everyone believe. 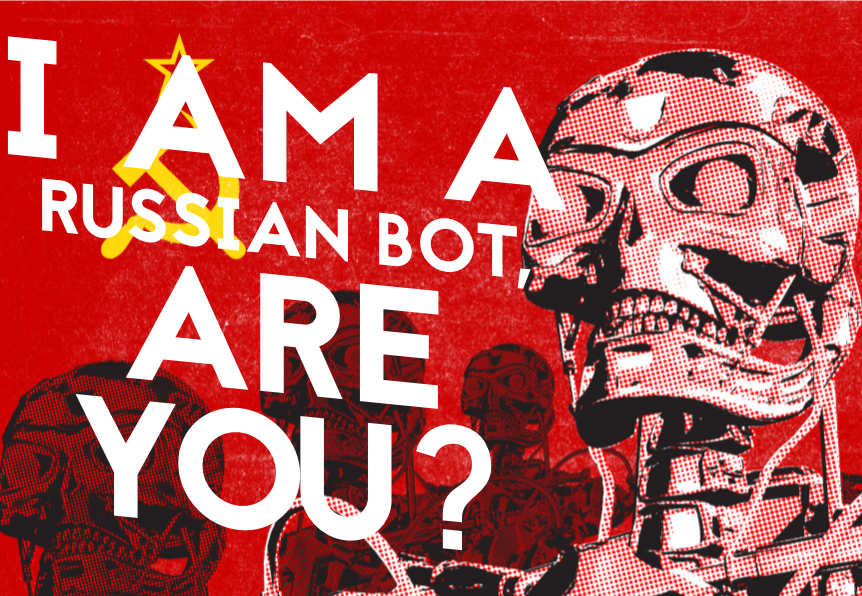 Trump’s AMA is what really gained T_D its notoriety and fame. And depending on whom you ask, it’s also how Trump won the election. Leftists and Dems will SWEAR that Russian Bots are all that occupy places like T_D. I can assure you, that is NOT true.

Regular users of the internet, people that just browse sites like Facebook and Twitter, are probably familiar with memes. Funny images sometimes with text that deliver a punch of self-awareness and typically humorous hot takes about the world around us.

There is a WAR on Memes, Read Why – The Silence of the Memes

What these regular users are probably NOT aware of, MOST (no way to accurately measure this, but easily in the upper 90% range) memes, COME from Reddit.

Further, MOST if not ALL memes about Trump, his detractors, Lamestream Media, the lying Fake News, Democrats, leftists, snowflakes, and SJWs (Social Justice Warriors) come from /r/The_Donald.

And that is how we find ourselves here, today.

If It Wasn’t For Fake News, Would These Companies Survive? Read More – FAKE NEWS MSNBC Takes Another Credibility Hit with Lawrence O’Donnell Farce

Democrats and leftists KNOW that it is probably inevitable that Trump will win 2020. The only way around this truth and eventuality is to LIE to the public. Spreading falsehoods about Trumps administration, his leadership, and supporters is the way to solidify support for the Democrats.

They need to keep the sheep in the dark, and feeding off the Lamestream news’ teat.

T_D is the wrench in their clumsily created clockworks.

The memes from T_D are well-crafted and will cause anyone with basic common sense, to question the status quo. 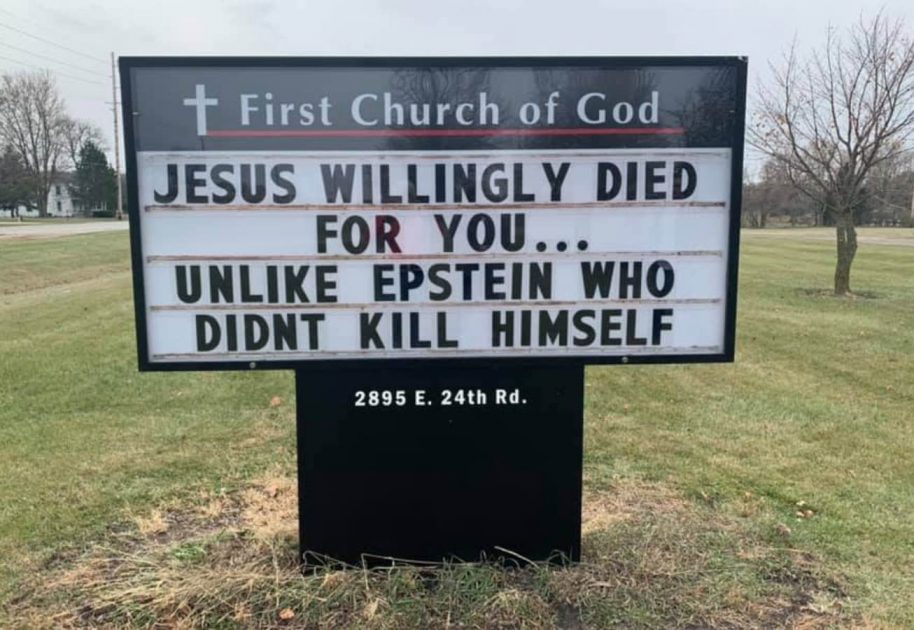 Perhaps you have seen the ever-pervasive, “Epstein Didn’t Kill Himself”? You can thank T_D for getting that message out there. Hundreds if not a thousand memes announcing EDKH, were borne from the T_D subreddit, and trickled out into the rest of the internet, and eventually making it out into the ‘real world’ onto signs in front of businesses, billboards, flyers, and even in TV interviews. 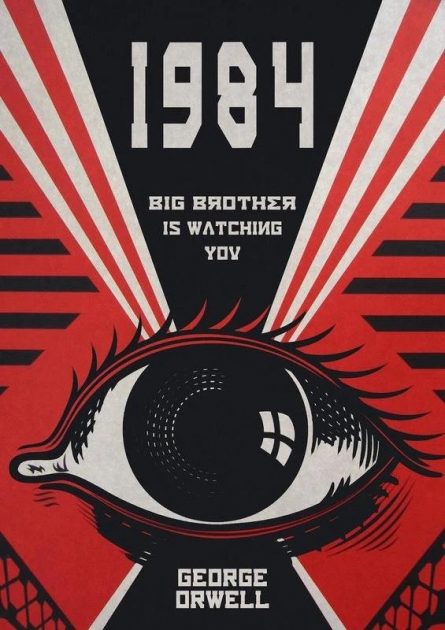 That is the power of T_D.

And that is why the quarantine was pushed further this past week, to outright banning of individuals accused of “WRONGTHINK” on T_D.

Much like Orwell’s dystopian novel, 1984, his concepts of Newspeak, Thoughtcrime and Wrongspeak are coming to life on Reddit.

Ever since, a change has been apparent in Reddit’s former Free Speech values. Users have noticed that posts that criticize China mysteriously disappear. Typically when a post is deleted by a mod, it will visibly state, ‘deleted’. However, these dissenting opinions on China, just DISAPPEARED, with no notation of them having ever existed.

Do You Know “Q Anon”? Well Read This! – Q is dropping some serious hints, is the Deep State Reckoning finally coming?

This past year, in T_D in particular, posts decrying the treatment of Chinese and in particular Honk Kong citizens by Lifetime Ruler (President) Xi Jinping and showing Xi, as Winnie the Pooh (cmon, he looks like Pooh) disappeared just the same. 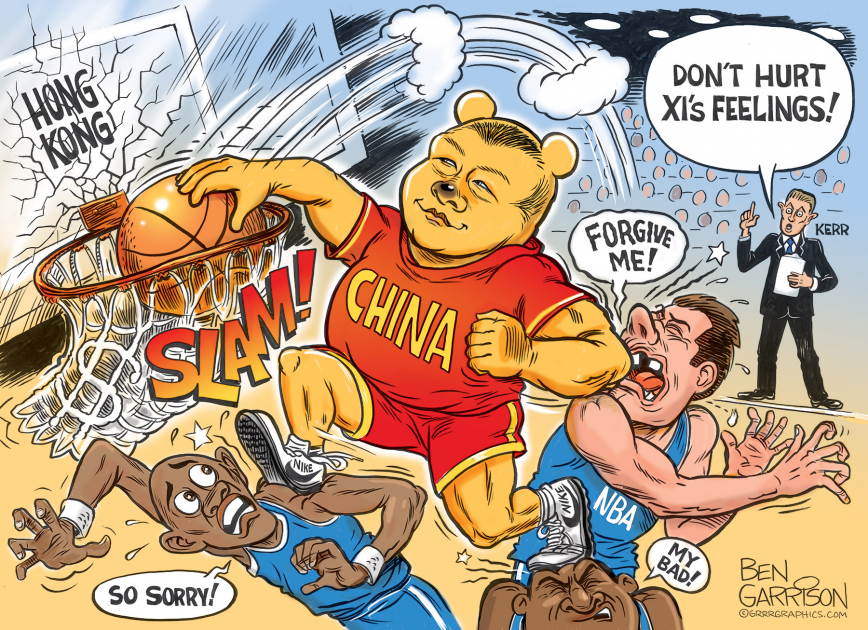 Before the 2017 takeover by Chinese nationalists, Reddit had been descending into a leftist shithole (sorry, no better way to say it), an echo chamber of Leftist-only thinking. A result of Trump winning the presidency and Fake News making him out to be as bad as Hitler.

During the Presidency of the Kenyan born Muslim, nobody on the right cared. There were no calls for his death, impeachment, and for his family to suffer. But when Trump came into the Executive office, everything changed. The whole mood of Reddit shifted, fully Left.

In all of this, T_D was the one spot of sanity. Truth was told, it was upheld as the most important virtue. Family values, morality, and a return to when America was Great is the primary discussion points on T_D. 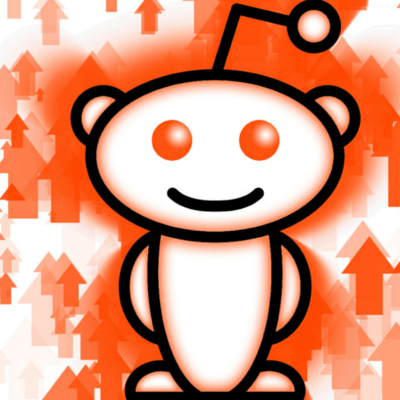 This past week, if you so much as “SUPPORT” by ‘upvoting’ (aka ‘liking’ elsewhere on the net), simply clicking an image of an up arrow, you will get BANNED from Reddit. Accounts that are almost old enough to drive, permanently deleted from Reddit, for WRONGTHINK. With no recourse and no trial.

This was without warning. While some people got email warnings, many others simply had their existence erased from Reddit.

In addition, moderators of T_D were suddenly dethroned and removed from their responsibilities. Some were banned without warning as well. In their place, a Puppet Regime was installed.

Reddit admins basically said, So sorry that YOUR mods were not working out for US, but here’s what we will do. WE will interview NEW mods and as long as they pass OUR rigorous requirements, they will be allowed to moderate YOUR subreddit.

Well, you don’t have to be a political pundit or ex-CIA to know what that means. It means, we could not control your “government” so, we are installing our own, that we CAN control. 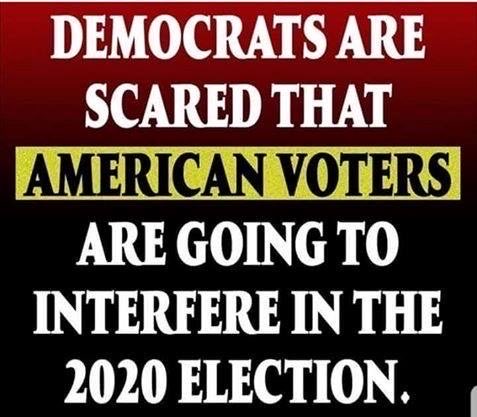 Coincidentally this happened the WEEK BEFORE SUPER TUESDAY. Oh wait, did I say, coincidentally? I meant no coincidence at all. Right?

Is this the end? No. Maybe it is the end of the run for T_D on Reddit. However, that’s Reddit’s problem.

Users of T_D visited other subreddits, and accounted for clicks and views that Reddit uses as traffic data to sell advertising on their site. And they were eyeballs to view those ads and potentially click through, giving Reddit ad revenue. Over 7 MILLION users flocked to T_D, and of course other parts of Reddit. And now, Reddit and their Chinese Overlords are going to squander that all away. They WILL feel it in their revenue when 7 Million people stop using their site. And T_D users are loyal, the majority have sworn off Reddit forever, never to come back.

Illegals Have More Rights Than We Do, Read This! – House Dems to Give Illegal Aliens MORE Rights Than You and I Have

Reddit could have simply banned /r/The_Donald, but much like their Chinese owners, they know the way to get rid of dissidents is to “disappear” them. If you jail a dissident, then the public will see and start to ask questions. Why is he jailed? What did he do?

That is what the current actions are equivalent to. Making the users and mods simply disappear.

If they banned T_D, then I would write an article, Trump’s largest support discussion group was just banned by Chinese investors in America. Then everyone would look up who they were, why they were banned, and what did they do. They would FIND OUT about T_D. And T_D would get many more converts as a result.

What does the future hold? Well fortunately, the mods and founders of T_D are smart (they’re conservatives after-all) and made plans for this eventuality. Months ago, a few of them pooled money and created, https://thedonald.win/, which uses Reddit’s open source code to duplicate The_Donald, but on a private server, with no Chinese control and a restoration of unencumbered Free Speech.

Come visit https://thedonald.win/ and interact with like-minded conservatives, who are hell bent on Keeping America Great. As this year progresses, the memes are just going to get better as we get closer to the election. And on election night, it’s going to be a hell of an online party! 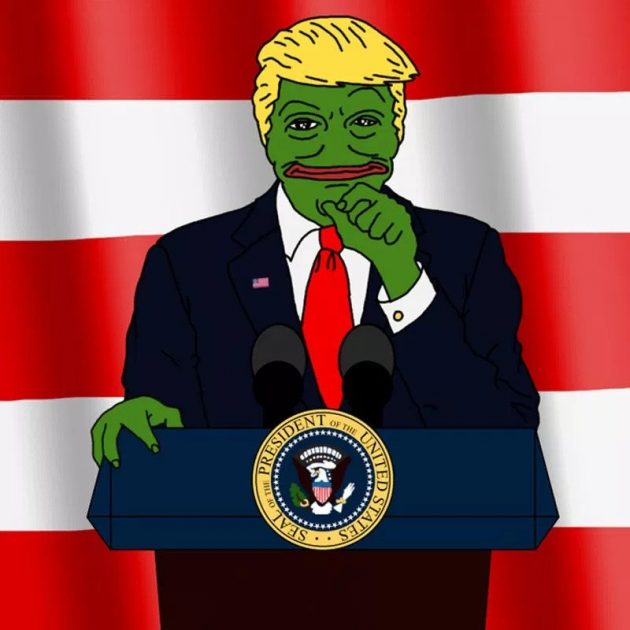 Could Mt. Hood Be The First Volcano To Erupt On The West Coast?

The vaccine IS the pandemic: 80% of nuns vaccinated at Kentucky convent tested positive for coronavirus two days later

The CDC Would Like to Remind Taxpayers It’s a Waste of Money
March 4th, 2021 Sons of Liberty Media