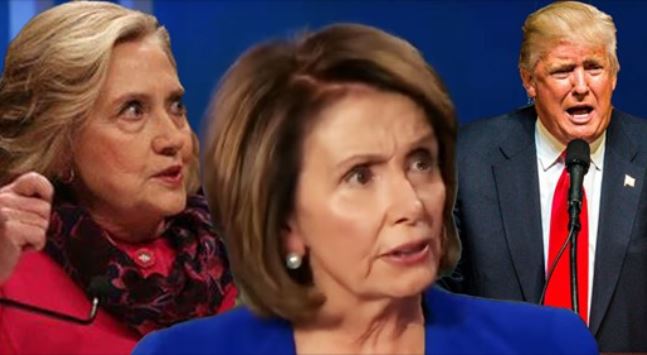 Opinion| Mark Sidney| It seems that with each new day, a new revelation about the incestuous nature of the financial dealings of the Democrat cabal comes to light.

The Biden and Pelosi families, along with others in the orbit of the Obama administration … and corporations and nations who were in their sphere of influence … before Trump’s election, comes to light.

Today, the one and only, Paul Pelosi Jr. is back in the spotlight.

If you recall, Patrick Howley, the dogged, gumshoe investigator from National File, has been working with Paul Pelosi Jr’s ex to expose all the messed up … ‘stuff’ Paul has allegedly done, to children, mind you.

‘Karena Feng, a Taiwan-born woman living in San Francisco, alleges that Paul Pelosi Jr. was “abusive” to her, that he forced her to have an abortion by threatening her life, that he conducted foreign business while claiming to be a representative of Nancy Pelosi, and that he engineered Child Protective Services’ seizure of Feng’s four children. Feng supports her claims with text messages and documents presented in this article below.’

You can read the rest of the article, and see the white papers referenced in the excerpt HERE.

Today, The Gateway Pundit is reporting: ‘Shortly after his mother Nancy Pelosi became the first woman speaker, Paul Pelosi Jr., was hired by InfoUSA for $180,000 a year as its vice president for Strategic Planning in 2007.

Pelosi kept his other full-time day job as a mortgage loan officer for Countrywide Loans in California. And, unlike all of the other InfoUSA employees, Paul Pelosi did not report to work at the company’s headquarters in Omaha.’

In what is becoming a constantly reoccurring theme among the children of powerful Washington brokers, Paul allegedly had no prior experience that would qualify him as a logical pick for the job.

The Pelosi’s do, however, have a mutual connection between them and InfoUSA: InfoUSA is owned by a big time HRC & WJC backer, Vinod Gupta (pictured below with HRC and Warren Buffet)

According to DavidJHarrisjr.com‘s Steven Ahle,

‘Coincidentally, Gupta hired Pelosi’s son just four weeks after she became the Speaker of the House. Fortunate timing, to say the least.

The company is also under fire in a shareholder lawsuit, which alleges that Gupta is appropriating company funds for personal use and his political pet projects.

The shareholders were angry because Gupta paid Bill Clinton $2.1 million when he left office with another $1.2 million promised to be paid later.’

Inc.com went into further detail about the relationship Gupta has with the Clintons:

‘How about this for a story? A man leaves India for Omaha with $58 in his pocket. He starts a company in 1972 that reaches peak revenue of $400 million, spends a night in the Lincoln bedroom, puts Bill Clinton on its payroll, sails Bill on his 80-foot yacht with an all-female crew, and flies Hillary Clinton to campaign events on his corporate jet.

And he’s as happy as a clam — despite getting sued by shareholders, being pushed out as CEO, incurring over $12 million in debts to settle shareholder lawsuits, and using insurance to pay $13 million to settle a lawsuit alleging that he sold his company — netting him $150 million for his 40% stake — at too low a price.

The man is Vinod Gupta, former CEO of InfoUSA, a company that built a database that marketers use to sell everything from consumer products to politicians.

Gupta got himself into a larger-than-life heap of trouble.

Inc.com went on to state that Gupta’s InfoUSA also footed the bill for a Clinton trip on ‘American Princess’, a 80 foot, $3,000,000 yacht … with a crew consisting solely of females.

‘He helped Hillary as well. In January 2004 InfoUSA paid $18,480 — about $2,000 of which was reimbursed — to fly Mrs. Clinton “and her four-person entourage” to New York from New Mexico, where she had made a campaign appearance and attended a book signing, according to the lawsuit.

But that was only the tip of the iceberg. As the Times wrote, “InfoUSA paid Mr. Clinton more than $2 million for consulting services, and spent almost $900,000 to fly him around the world for his presidential foundation work and to fly Mrs. Clinton to campaign events [when she was running for Senate in New York].”

It never ceases to amaze me that the Democrats did not just try to make nice with Trump after his stunning victory in 2016. I will never understand, for the life of me, why people with so many bodies, buried in such shallow graves, in their own backyards, would choose to go to war with a man on a mission, a man who came to Washington on a mandate of ‘draining the swamp.’

I assume they thought they would be able to ‘take him out’ before he could uncover their crimes, but it seems they were wrong, dead wrong.

Keep your eyes peeled for more information towards the end of January. There are teams of highly skilled investigators digging into the facts and recreating exactly what was going on for the 8 years during which team Obama’s crime spree carried on. I would bet they farm that they will have some juicy giblets for consumption very, very soon.