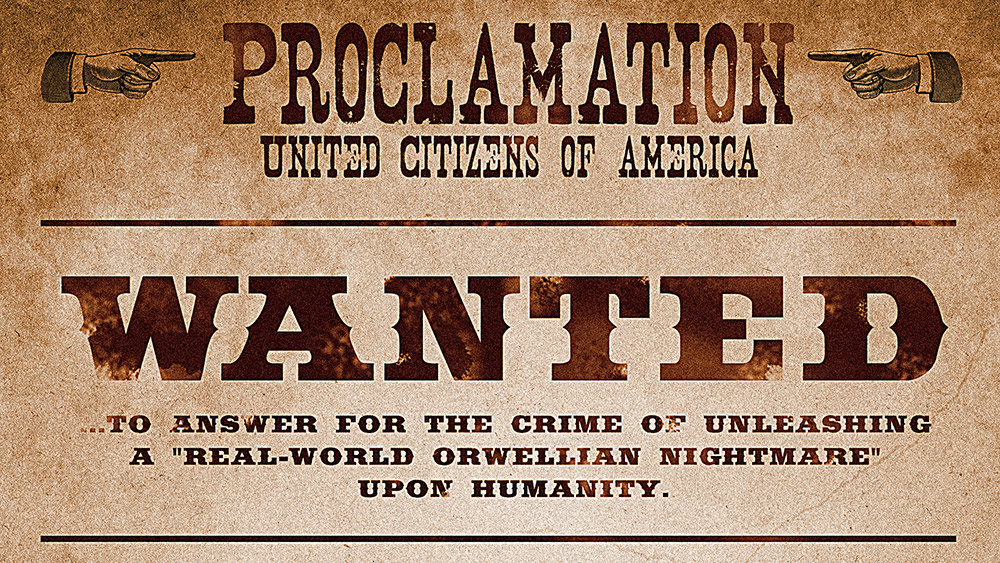 (Natural News) In 1984, Apple launched a compelling and ironic commercial that promised freedom from Big Brother mind control. The video depicts humans lining up, mesmerized by a large screen. A woman, chased by security guards, bursts onto the scene and hurls a hammer into the screen. As the glass shatters, the obedient crowd is liberated. The iconic Apple commercial introduced the Macintosh and promised that advances in technology will set the world free from Orwellian thought control.

Since then, American technology companies have prospered, capitalizing on new ideas to spread information and connect people around the world. When Google first came about, internet users were introduced to a brave new world of information search. Facebook helped internet users connect with friends and family in a variety of new ways. Twitter connected people in the moment. YouTube allowed anyone to share information in video format and learn from one another.

In order to grow into the monopolies they are today, these technology companies had to provide free, readily accessible, and easy-to-use platforms. In order to do that, the companies had to sell their users out by collecting vast amounts of personal data on everyone. Forfeiting the fundamentals of privacy, these technology companies essentially forced users to consent to privacy loss in order to participate. The personal data, sold to advertisers and bad actors, can be used to exploit and manipulate the population in ways that people don’t even consciously recognize.

The 1984 commercial that depicted one giant authoritarian screen is now the modern day representation of Big Tech. As explained by PragerU, it’s not one giant screen dictating the people; it’s one way of thinking that dictates the population from the top down. The giant authoritarian screen has been multiplied into millions of handheld phones, dispersed into the pockets of the obedient population. The personalization of the technology is a deception of user control because ultimately, users are only allowed to share information and espouse the beliefs that conform to the official narratives established by Big Tech and their army of content reviewers. All of Big Tech preaches conformity to official narratives or else users are banned (censored) from the platforms.

Apple’s CEO Tim Cook is very open about the speech rules enacted across Big Tech: “We only have one message for those who seek to push hate, division and violence. You have no place on our platforms. You have no home here.” Tim Cook’s ideas are exactly the same as the CEOs of Facebook, YouTube, Google, and Twitter. These ‘thought leaders’ and their tens of thousands of content reviewers will exclude anyone who dares challenge official narratives and leftist belief systems. This is thought control and information dictatorship.

Who decides what hate is? Who decides what division is? Why are Republican candidates like Marsha Blackburn cited for “hate speech” and taken off the platforms? Why are Trump-supporters, Diamond and Silk, segregated and banned from the platforms? Why does the conservative think-tank, PragerU, continue to face censorship of their videos? Why is the incredible reporting of independent thinker, Paul Joseph Watson, censored across social media? Why does life-saving information from NaturalNews continued to be blocked from social media platforms? The list of censored independents, libertarians, and conservatives continues to grow.

1984 is definitely here, more real than ever depicted in commercials. In 2019, it’s conform or die in the online world. If Big Tech censorship doesn’t bother you, keep on with your positive, friendly, and unifying speech. You are free to lookup information and espouse beliefs that do not rock the boat, and for that, your mind is already covertly censored and strongly controlled. If you are unwilling to admit that, then you are blinded by your manipulators, just as the Apple’s 1984 commercial depicts.

Watch this short clip, You Are Next and stay up-to-date on this issue at Censorship.News.