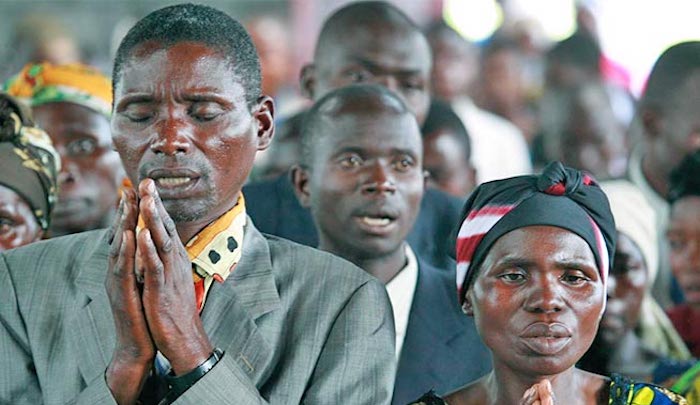 Imagine the international outcry if a Christian terror group, if there were such a thing, murdered eleven Muslim civilians. But this is just another news story that will be like the proverbial tree falling in the forest with no one to hear it.

Eleven Christians were killed in an attack by the Allied Democratic Forces (ADF) in Mutwanga district, north-east Democratic Republic of Congo (DRC), on 18 February.

A local Christian leader contacted Barnabas to confirm that the ADF deliberately targeted Christians in the attack.

Attacks by the ADF are common in the region, reported a Barnabas contact. “There is a pattern, every time the military in the DRC mount an operation against the ADF, the civilians are attacked as retribution,” he explained.

Many people, including Christians, have fled the area to Kasindi town, about 30 miles away, and some have taken refuge in neighbouring Uganda.

The ADF Islamist militant group has wracked majority-Christian DRC with violence for more than 20 years, killing many Christians. Archdeacon of Eringeti, Ngulongo Year Batsemire (60), was murdered by ADF militants on 29 January, after refusing their demands he convert to Islam.

Earlier the same day, ADF militants murdered at least 30 people in a series of raids on four villages in Beni territory, Nord Kivu province. ADF militants repeatedly carry out abductions and target Christian property. Over 200 Christians, including women and children were abducted and a church mission hospital was looted by the militants, during a raid on Boga city, Ituri province, on 23 August 2019.