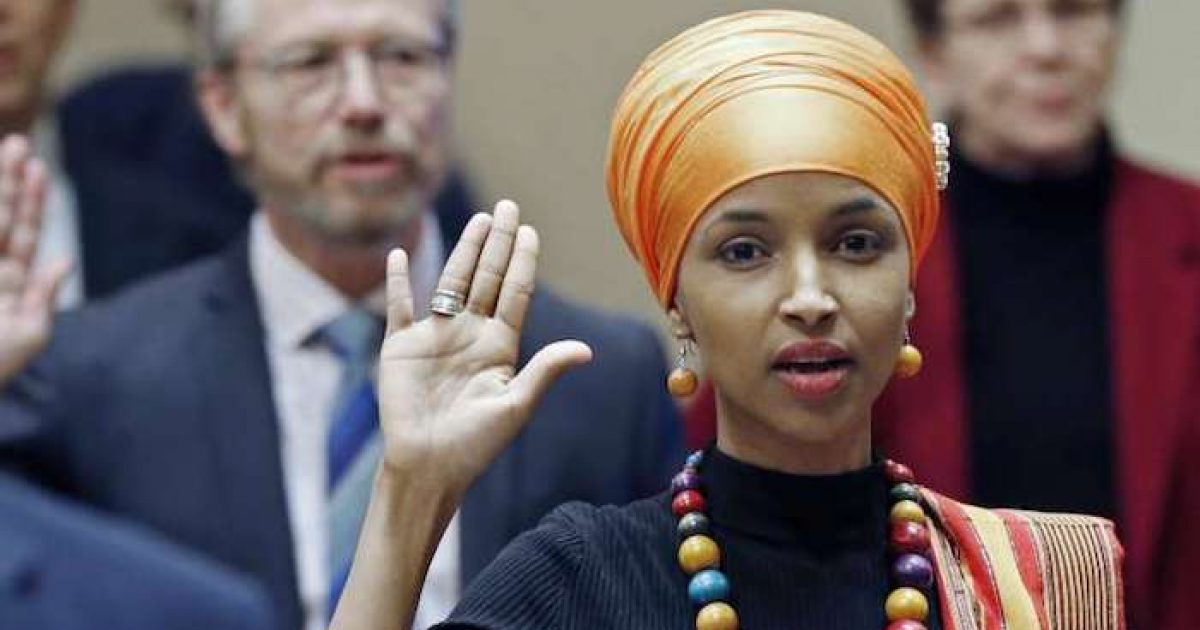 Already a tidal wave of impeachable offenses by Minnesota’s Representative Ilhan Omar have presented themselves, and yet, to date, not one Article of Impeachment has been issued against this unAmerican, false god worshipping (which is not a God-given right), Somalian refugee turned “American citizen” in name only has been presented. I call to your remembrance the fact that Omar once petitioned a judge for light sentencing on the behalf of nine Islamic State recruits saying that the judge’s ruling could be about “compassion” and a “restorative approach to justice.”

Yes, you heard that right!

Omar concluded, “this ruling can set a precedent and has the potential to be a landmark case in addressing extremism.”

In November 2016, Omar penned a letter to Judge Michael Davis, in which the prosecution recommended the following sentences for these Islamic jihadis:

As you undoubtedly deliberate with great caution the sentencing of nine recently convicted Somali-American men, I bring to your attention the ramifications of sentencing young men who made a consequential mistake to decades in federal prison. Incarcerating 20-year-old men for 30 or 40 years is essentially a life sentence. Society will have no expectations of the to be 50 or 60-year-old released prisoners; it will view them with distrust and revulsion. Such punitive measures not only lack efficacy, they inevitably create an environment in which extremism can flourish, aligning with the presupposition of terrorist recruitment: “Americans do not accept you and continue to trivialize your value. Instead of being a nobody, be a martyr.”

The best deterrent to fanaticism is a system of compassion. We must alter our attitude and approach; if we truly want to affect change, we should refocus our efforts on inclusion and rehabilitation. A long-term prison sentence for one who chose violence to combat direct marginalization is a statement that our justice system misunderstands the guilty. A restorative approach to justice assesses the lure of criminality and addresses it.

The desire to commit violence is not inherent to people — it is the consequences of systematic alienation; people seek violent solutions when the process established for enacting change is inaccessible to them. Fueled by disaffection turned to malice, if the guilty were willing to kill and be killed fighting perceived injustice, imagine the consequence of them hearing, “I believe you can be rehabilitated. I want you to become part of my community, and together we will thrive.” We use this form of distributive justice for patients with chemical dependencies; treatment and societal reintegration. The most effective penance is making these men ambassadors of reform.

The restorative approach provides a long-term solution – though the self-declared Islamic State may soon suffer defeat, their radical approach to change-making will continue as it has throughout history – by criminalizing the undergirding construct rather than its predisposed victims. Therein, this ruling can set a precedent and has the potential to be a landmark case in addressing extremism.

Thank you for your careful attention,

This is a woman who married her own brother in violation of our laws, in order to get him into the country, and should be facing charges of bigamy for it. Look for him to possibly be the next Islamic jihadi. She is also a woman that voted to ensure the Islamic jihadis, who die while committing crimes of jihad, have their families paid insurance money too.

She is a wicked woman despite her deceiving smile.

She has blasted Amazon for not giving preference to Islamists and more time off work to “pray” to the false god Allah.

She is a known liar and deceiver.

She has violated House rules and Minnesota State laws.

Omar is aligned with some of the most anti-American representatives in America and terrorist organizations in our country and now she has been placed on the House Foreign Affairs Committee.