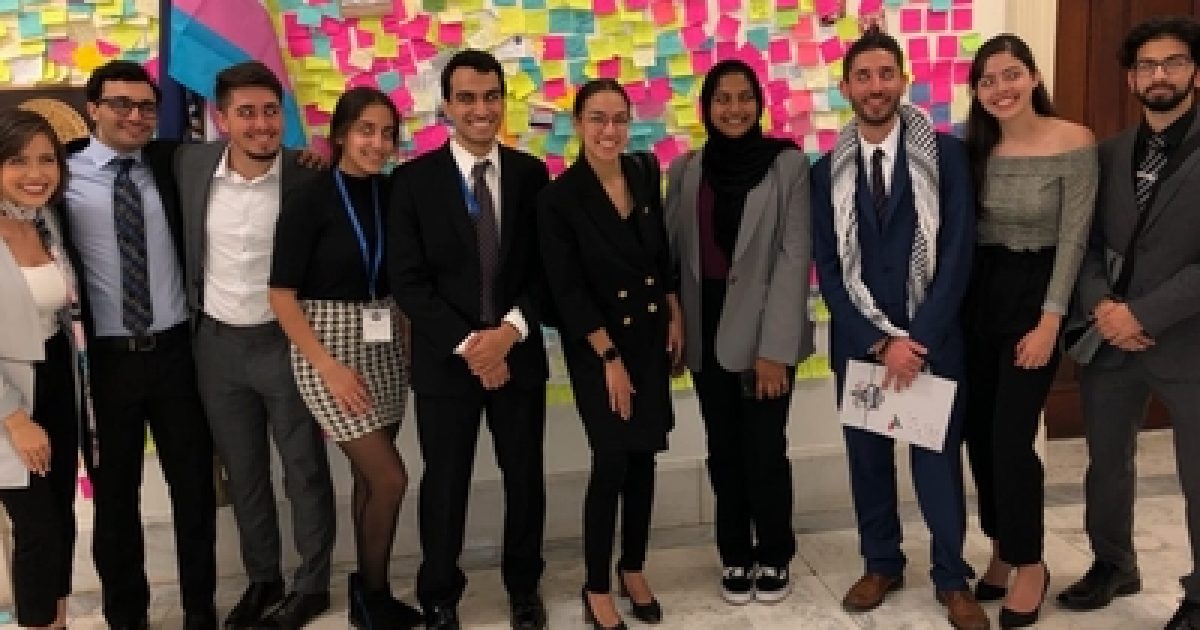 Hamas is an Islamic jihad group, whose agenda is the total destruction of the State of Israel and establishing an Islamic State in its place. Yet, pro-jihadists in the US Congress, decided to meet with a pro-Hamas group. Representatives Alexandria Ocasio-Cortez (D-NY) and Rashida Tlaib (D-NY) met with American Muslims for Palestine (AMP) during the group’s annual Palestine Advocacy Day. One might consider this treason, and not because Hamas wants the destruction of Israel, but because they are supporters of those who wish the destruction of the united States as well.

Tlaib spoke to the group Monday, saying that she feels “more Palestinian” in Congress than she does anywhere else in the world.

AMP is the successor and alter ego of a defunct Hamas front called that formerly operated as the Islamic Association for Palestine (IAP)/American Muslim Society (AMS), a lawsuit filed in Illinois federal court claims. The IAP/AMS acted as the propaganda arm of the Muslim Brotherhood’s Palestine Committee, a network of U.S.-based organizations established to support Hamas politically and financially. Former Hamas political bureau chief Moussa Abu Marzook created several organizations that formed the Palestine Committee and served on IAP’s board of directors prior to his deportation in the 1990s.

A federal court awarded Joyce and Stanley Boim $156 million in damages in 2004 in connection with the murder of their son, David, an American citizen, in a 1996 Hamas terrorist attack. IAP/AMS were among the entities held liable. Group leaders announced they were ceasing operations not long after that court decision.

The new lawsuit aims to hold AMP liable for the IAP/AMS’s damages from the original litigation.

Many IAP/AMS officers now work with AMP, including AMP Chairman Hatem Bazian, a University of California, Berkeley lecturer. Bazian and other former IAP/AMS leaders used a Yahoo! Bulletin board to discuss the “transition” to the group that eventually became AMP in 2006, the newer lawsuit said.

Palestine Advocacy Day included at least 500 participants from 32 states, AMP organizers claimed. They said they met with people in 191 Capitol Hill offices. Their lobbying effort focused on fighting legislation barring governmental support for organizations that support the Boycott, Divestment, Sanctions (BDS) movement, for a bill supporting Palestinian children’s rights, and for humanitarian aid and rights for people living in the Gaza Strip.

AMP Executive Director Osama Abuirshaid, who served as editor of IAP’s Al-Zaitounahpublication and referred to Hamas as an “army for liberation” in 2014, introduced Tlaib. Abuirshaid also worked as a research fellow with the United Association for Studies and Research (UASR), one of the Palestine Committee entities established by Hamas leader Marzook.

“What is AMP doing about what’s happening at the border? Because to me that’s another form of what’s happening in Gaza, where people are literally ripped, children ripped apart from them but dealing with the fact that they’re being caged, and all of – the tragedy,” Tlaib said in videotaped remarks posted to AMP. “That’s what our country is doing right here. And I say this to all of you, like, I think of [Palestine] when I see that.”

Regarding anti-boycott legislation, referred to as BDS, Tlaib said, “And no one should say to us that that isn’t protected First Amendment right. It absolutely is.”

Well, sure, anyone can boycott whatever they like, but meeting with organizations and promoting organizations that are anti-American inside American borders is clearly treason by these women and we all know exactly what should be done to those proven to be traitors.

I don’t care if you want to boycott Israel or any other country, but you align yourself with enemies of America, and you have crossed the line.

Cortez, Tlaib and Omar have all done that, and so have many other Democrats. I ask Republicans, when are you going to grow a spine to deal with the traitors in your midst and stopping aiding them in their treason? After all, doesn’t your silence and inaction make you an accomplice?