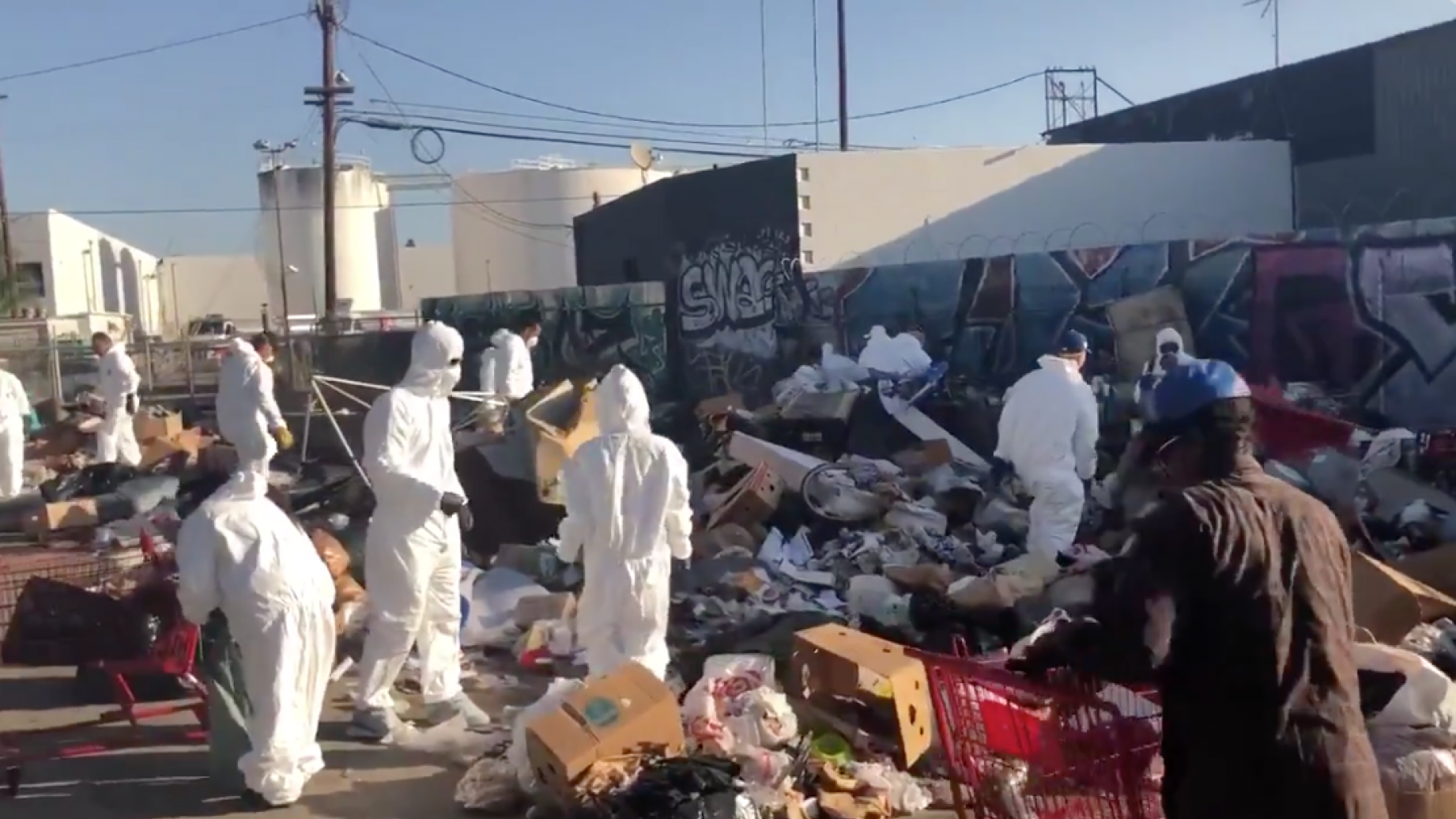 The same man that led crews to clean up Baltimore, Newark and Virginia Beach led a group of volunteers that cleaned up 50 tons of trash in Los Angeles on Saturday.

And, once again, the media is completely silent.

In August, a group of Trump supporters led by conservative activist Scott Presler went to West Baltimore for a massive clean-up operation following tweets sent by President Donald Trump highlighting the dire conditions in the area.

Keeping to his promises, Presler has since led clean-up efforts in Newark, New Jersey and Virginia Beach, Virginia. And on Saturday, Presler and some 200 volunteers headed to Democrat-run Los Angeles, removing a stunning 50 tons of garbage, according to the activist.

“Without the help of the city, 200 volunteers picked up 50 tons of trash in 9 hours at a homeless camp in Los Angeles,” Presler told The Daily Wire on Monday.

Here are Presler’s tweets from Saturday:

Why is an outsider from Northern Virginia here & not California elected leadership? #LosAngelesCleanup pic.twitter.com/yqW2pxKA3c

In Baltimore, we cleaned up 19 tons of trash.

Thank you for helping this video reach 1 Million views.

We were able to organize 200 volunteers to pick up 50 tons of trash in 9 hours.

If each of us did something, we could transform America for the better.#LosAngelesCleanup

Oddly enough, after the Baltimore clean up a local liberal rag decided to make the clean up political and questioned the motives of Presler and his crew.

Evidently no one ever explained what “looking a gift horse in the mouth” means to The Baltimore Sun Editorial Board.

You will not believe what you are about to read.

Rather than saying “Thank You” and leaving it at that, The Baltimore Sun thought they should use a much needed cleanup as political ammo.

The title of the piece is “We assume it was pure motives that led a Trump supporter to launch a cleanup in Cummings’ district, right?”

Here is the disgusting piece of opinion that The Baltimore Sun considers good journalism:

It made for good photos, compelling videos and catchy Twitter hashtags. A group of conservatives rolled their pickup trucks into one of West Baltimore’s most impoverished neighborhoods Monday for a cleanup day. Loaded down with trash bags and shovels, they cleared alleyways of old tires, food containers, paper and other debris. They pulled up weeds and cut away overgrown grass. The group posted before and after pictures on social media showing their progress.

The effort was organized by pro-Trump activist Scott Presler. He claimed the event was not political. Yes, he was inspired to come by tweets from President Donald Trump describing the area, represented by U.S. Rep. Elijah Cummings, as a “rodent infested mess.” But the visit wasn’t about showing support or animosity for either man, he said.

Even if it is, Presler and his crew are getting more done than decades of liberal policies that have left many American cities as absolute hellholes and California is a perfect example.

If Presler is doing his good deeds to make President Trump look good, then so be it.

Isn’t a President’s job partly about inspiring change and getting things done?

Volunteers have undone years worth of filth in a few cities because they followed their leader.

If they did it to make Trump look good, good for them.

Keep doing it and Thank You Presler and crew!

Conservatives are doers and liberals are dreamers.