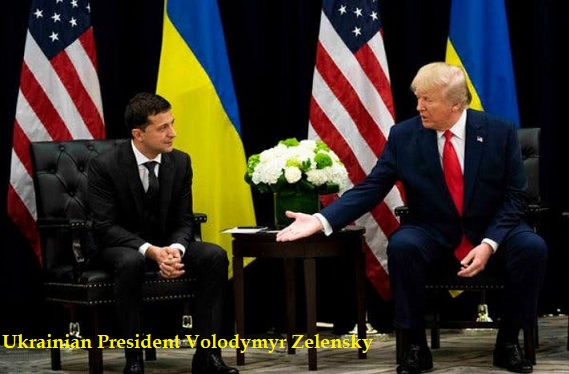 This post first appeared at Fellowship of the Minds…

Five days ago, on Sept. 25, the White House released the transcript of a controversial July 25, 2019 phone call between President Trump and Ukrainian President Volodymyr Zelensky.

An anonymous Deep State whistleblower claims that in the phonecall, Trump used the $400 million in U.S. military aid to Ukraine to pressure Zelensky to open a probe into possible corruption involving Democratic presidential candidate Joe Biden and his son, Hunter. But the whistleblower had not actually heard the Trump-Zelensky phone conversation, but based his/her accusation on hearsay.

Regardless, House Speaker Nancy Pelosi (D-CA) used the phonecall as the pretext for the House to move to impeach Trump.

The 5-page transcript of the July 25 phonecall confirms Trump’s and Zelenksy’s accounts: Trump made no reference to the $400 million U.S. military aid, nor did he use the aid to coerce Zelensky.

Below is an analysis of the phonecall controversy by a retired U.S. Army officer who is now a licensed attorney in Minnesota and Wisconsin. His practice includes constitutional law issues, and he has significant experience drafting and arguing motions in both State and Federal Court of Appeals.

The legal analysis below is in the form of an email I received from the attorney. I have his consent to publish, but his identity must remain anonymous.

1. It is unquestioned that Biden, as a sitting VP, took his son Hunter (apparently on gov’t transport) to first Ukraine and then China or that, after each visit, Hunter Biden gained significant economic advantages (as in managing a $1.5B fund in the latter case). Hunter Biden has zero experience in East Europe or China, and no experience in either company’s type of opertions. He was a board member, and board members do not necessarily have either of these, but Biden as a lawyer was really only useful to them (from a professional knowledge point of view) WRT US operations and laws pertaining thereto.

3. The President is head of the Executive, which carries exclusive power to conduct foreign relations. No other branch of government has this power. (Do not confuse the Senate’s Advise and Consent responsibility for the conduct of foreign affairs – the Senate must advise and consent to completed treaties but has zero role in negotiating those treaties, at least as a matter of law.)

4. The President as Chief Executive is chief law enforcement officer of the USA. As such, he is empowered – I would argue obligated – to investigate corruption, especially at high levels of government.

5. Item #1 constitutes probable cause for an investigation of Biden for corruption.

6. As Executive, the President is the ONLY official authorized to request foreign assistance in a corruption investigation (he may delegate this power).

7. Obtaining foreign cooperation in investigations of corruption by a US official is a matter of statecraft/diplomacy, ie, a function of foreign affairs. No (or very few) rules apply. The President has the sole power here.

8. CONCLUSION: Trump not only is entirely within his powers to use foreign aid as a means to persuade Zelensky to investigate the Biden affair, I believe he was obligated to do so (qv #4).