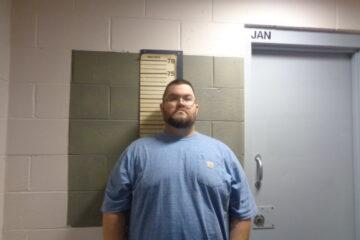 Midcoast, ME — It is no secret that there is an epidemic of child sexual exploitation and abuse in the land of the free. According to many experts, child sexual abuse is likely the most prevalent health problem children face with the most serious array of consequences. It is so rife that it is estimated that about one in 10 children will be sexually abused before their 18th birthday. This year alone, there will be about 400,000 babies born in the U.S. that will become victims of child sexual abuse unless we do something to stop it. Thousands of child predators are nabbed every year and for every one caught, there are likely 10 others who remain free.

While child sex trafficking is certainly a problem within the upper echelons of society, these sick people are from all walks of life. One of the things the victims are told is to report their abuse to the police. However, as TFTP regularly reports, police are often times the worst offenders and even when they are caught committing horrifying acts of abuse, they receive little to no time behind bars. This is a serious problem, and as the following incident illustrates, it does not appear to be slowing and may be getting worse.

Weekly or more, TFTP reports on police officers who get arrested by fellow cops on charges of everything from trafficking in child pornography to child rape to running child sex trafficking rings. However, if the following officer would not have been arrested this week, it could have been both a child sexual abuse case and a murder case.

Midcoast police officer Christopher C. Hast, 32, of Rockland, was arrested this week and charged with 12 counts of Class B gross sexual assault for the alleged repeated rape of a 15-year-old girl.

The alleged assaults began in April and continued until last week. The girl was allegedly raped a dozen times by Hast who posted a $10,000 bond and was put on house arrest with an ankle monitor on Wednesday.

The investigation into Hast’s sexual misconduct began last week on Oct. 29, when the girl told her school counselor about the assaults. It took just 3 days for police to find enough evidence to charge and arrest him on Nov. 1, according to a police affidavit filed in Knox County court by Maine State Police Detective Christopher Crawford.

After Hast sexually assaulted her on October 27, the victim felt compelled to report the attacks. She told the counselor and eventually police that Hast claimed to be her boyfriend and they would talk via the messaging app Snapchat. Among the explicit internet links Hast sent the girl, he also demanded she send him nude photos and told her to delete any messages from him.

When the victim told police that Hast suggested they kill her mother on the messaging app, she knew something had to be done. When police obtained a warrant to retrieve the messages, they found the message in question and it did in fact allude to killing the girl’s mother so they “could be together forever,” according to the affidavit.

When he was arrested, Hast denied all the allegations. He has been placed on unpaid suspension and is expected back in court on Jan. 27.

TRENDING: $1 Trillion Spent on US Police State Since 9/11 — If they ‘Hated Our Freedom,’ They Must Love Us Now