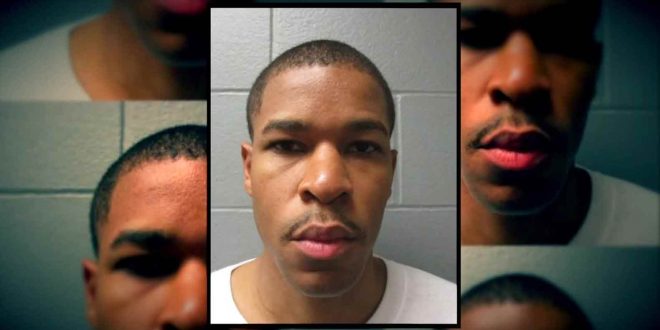 Cleveland, OH — Imagine for a moment that your young daughter is waiting for the bus at the same bus stop she waits at every day and a cop pulls up. The children may feel one of two things, either curiosity or — if they have had negative experiences with police before — fear. However, for one little girl, the feeling turned to sheer terror when the cop attempted to kidnap her and then opted to relieve himself, all over her—while filming the entire thing.

Officer Solomon Nhiwatiwa, 34, was this officer and on Tuesday, he was sentenced to 4 1/2 years in jail for this horrifyingly disgusting behavior. In August, Nhiwatiwa was charged with attempted kidnapping, pandering obscenity, disseminating material harmful to juveniles, assault, endangering children, child enticement, interfering with custody and public indecency.

“He will be held accountable,” Cuyahoga County Prosecutor Michael O’Malley said at the time. “It’s my office’s mission to ensure he never wears the badge of a police officer again.”

Thankfully O’Malley followed through with his words.

In December, Nhiwatiwa pleaded guilty to attempted kidnapping, pandering obscenity, endangering children and disseminating matter harmful to juveniles. And now, he’s going to jail for it.

“I would like to apologize to the victim,” Nhiwatiwa said after hearing his sentence handed down from Common Pleas Court Judge Wanda C. Jones. He then stood silent for several moments before Jones asked if he had anything else to say. “I take responsibility for what I did,” he said, then sat down.

Cleveland.com reported that Jones said that she was not convinced that Nhiwatiwa was truly sorry for his conduct. She said the physical and mental abuse he inflicted on the girl and his position as a police officer, which required him to protect the community from the very types of attacks he carried out, required consecutive sentences.

As KXLH reported at the time:

The Cuyahoga County Prosecutor’s Office said that on Aug. 16, Nhiwatiwa, while off-duty, approached the girl near Euclid Avenue while she was waiting for the school bus. Nhiwatiwa asked the girl if she wanted a ride to school and after she refused, he drove away. Around a minute later, Nhiwatiwa parked his car, walked up to her, exposed his genitals and urinated on her while filming the incident with his cellphone. Afterward, he got back in his car and drove away.

According to the report, Nhiwatiwa urinated on the girl’s head, upper body and legs. When the girl asked him, “what his problem was?” Nhiwatiwa reportedly responded, “What’s your problem b*tch?” and then walked away while continuing to film her.

The seventh-grader called her mother on FaceTime and told her what had occurred and then walked home. The girl’s mother gathered the urine-soaked clothing, placed it in a plastic bag and went to the Euclid Police Department to make a report, authorities said. The mother said that a records room employee told her there were no available officers at the time to take a report, but she could wait if she wanted to. The mother was told that a one-hour wait time was probable. The mother and her daughter decided they would return to report the incident at a later time. She dropped her daughter off at school and returned to work, then later completed a written statement.

Adding insult to this officer’s sick behavior is the fact that when the family originally reported the incident to police, they didn’t believe them. The judge even pointed out that this victimized the poor girl for a second time.

The girl’s parents spoke out during the sentencing, telling members of the court that their daughter went from a girl excited about starting school to a depressed recluse who draws pictures of people committing suicide. A tragedy indeed.

While Nhiwatiwa will only do 4 years in jail, this poor girl will endure a lifetime of heartache because of his sick desires.

Nhiwatiwa, a five-year veteran of the Cleveland Police Department, faced up to 7.5 years in prison but received a little over half that. He must also register as a sex offender for 15 years.