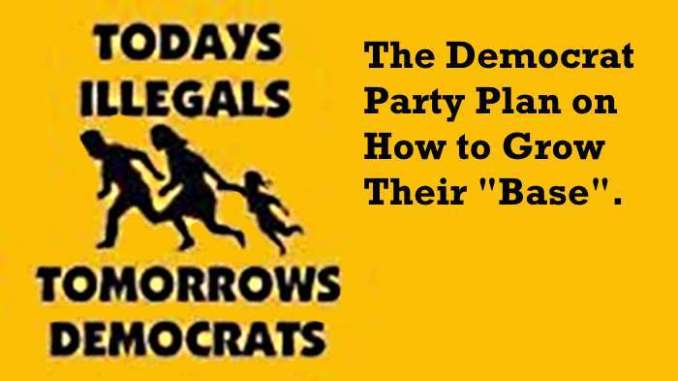 Hidden in every federal budget, and unknown to 99 percent of Americans, your two U.S. Senators and House member use your money to pay for millions of legal and illegal immigrants flooding into America annually. I interviewed executive director David Durham of www.Balance.org.

“Of the Many Costs of mass Immigration borne by U.S. Taxpayers, the Costs of Immigrant Births alone (via Medicaid or the Uninsured) is remarkable. Specifically, 1 in 5 births in the U.S. are to Immigrant Mothers. U.S. Taxpayers pay for 67% of births to illegal immigrants, 47% of births to legal immigrants according to a new report by www.CIS.org, Dr. Steven Camarota, Director of Research, 10/9/18.”

“Steven Camarota, the Center’s Director of Research and co-author of the report, said, ‘The enormous number of births to legal and illegal immigrants may hinder assimilation as children from immigrant families will largely interact with only each other.”

He also points out that “paying for so many births to immigrant mothers may be appropriate, but the large share who can’t provide for themselves without the help of American taxpayers raises serious questions about whether our current immigration system makes sense.”

Given that Demography is Destiny, consider that since the aforementioned facts are for one year only, what the costs and demographic consequences will be for each year projected into the future unless BALANCE’s Solution is implemented. Consider further that Taxpayer- and Immigrant-Funded Immigrant Births total 791,000 per year.

David Durham states the best solution: The U.S.A. needs a zero net (i.e., 150,000 per year arrivals and 150,000 per year leaving) Moratorium applying to all immigrant categories, a Wall at our Southern Border, mandating use of E-Verify in hiring decisions, elimination of anchor baby citizenship and an end to “Catch & Release.”

“Enactment of all these would reduce the 1.6 Million Annual flow of Legal Immigrants (400,000 annually into California alone; U.S. Census) and thus greatly reduce the Annual NET (after subtracting Taxes Immigrants pay) Costs of Legal Immigration, now running at $330 BILLION per year,” said Durham. “Implementing the Trump Administration’s Admirable Proposal that No Green Cards (reflecting permanent Resident Status) would be issued to those who had accepted, or were likely to accept in the future, any Taxpayer-funded Benefits, would reduce Immigrant Numbers significantly.”

When you start adding up these financial figures over the years and then, over the decades, we, the American people face enormous financial burdens created and supported by our two senators and House members. You really need to call them with your anger over their cheating, lying and stealing from your wallet.

After having talked extensively with David Durham, he makes the most sense of any of the top immigration websites such as FAIR.org and/or NumbersUSA.org. We need a total shutdown of all immigration into the USA for 10 to 20 years. We need to get our own house straightened out. If you want more information, contact www.balance.org