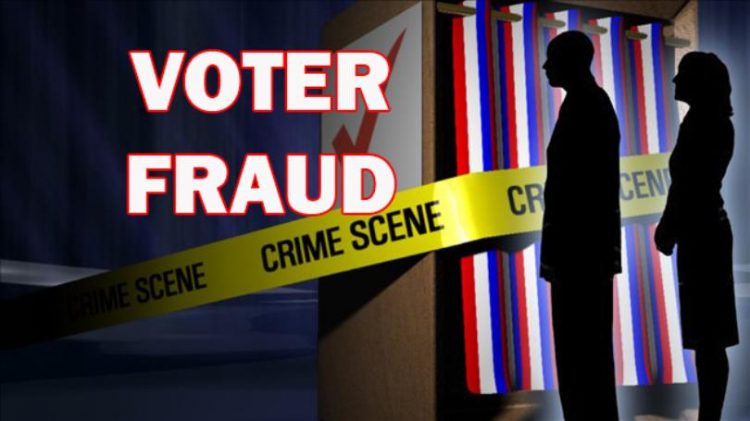 It is more than highly possible and very likely that President Trump will lose the 2020 election, as well as Democrats winning the majority in both the House and Senate. This will not be done according to how many voters cast their ballots for Democrats, but achievable via massive voter fraud and manipulation. As we have seen since the 2016 general election, the mid-term elections in 2018, and the latest election this year, rampant voter fraud and manipulation is taking place.

In the 2016 Presidential election, President Obama did everything he could possibly do to assure a Hillary Clinton win and keep what amounts to nothing more than a Nazi core Socialist Dictatorship in power. From using the DHS to rig electronic ballots in most larger cities under the guise of protecting us from foreign entities who may tamper with them to allowing illegal aliens to vote, Clinton was virtually assured a Presidential win. The only thing that saved the nation from being subjected to one of the most corrupt Administrations in the history of the United States was the massive amount of people who came out to vote for Donald Trump from rural America, outside of the fixed ballots in big cities. This was a huge surprise to the criminal Obama Dictatorship who thought they had the election in the proverbial bag.

The biggest indication of voter fraud came when Hillary Clinton was declared the winner in California immediately after the polls closed before even 1 vote was counted. Not a surprise, since California is famous for dirty elections in allowing illegals to vote via the Motor Voter law where everyone is automatically registered to vote when they get a driver’s license, whether they are a legal citizen, or not. Today, millions of votes from the 2016 Presidential election remain uncounted in California.

In the recent elections this year, those who watch for discrepancies in outcomes, notice how the Left has vastly improved their ability to rig elections and manipulate electronic ballots.

A fabulous example of a rigged election is the Joe Morrissey Senate seat win in Virginia. Morrissey who was convicted and served jail time for having sex with his 17-year-old receptionist in 2013, recent allegations of sexual harassment by one of his clients, the fact that the Virginia State Bar is trying to disbar him, this on top of the Democrat Party of Virginia and the Richmond City Democratic Committee already having lawsuits against him, stemming from a sample campaign ballot mailed to Richmond residents suggesting Morrissey was the party’s choice for Mayor in the 16 elections.

Anyone with a record like Morrissey’s would be poison on the ballot, being considered unelectable, yet he won the race for Senate District 16 by 13670 votes. A virtual impossibility in a fair election.

The other big example of voter fraud comes out of the 2019 Kentucky elections where some 823, 000 Republicans voted for Daniel Cameron for Attorney General, yet out of that 823,000, only 704,388 voted for Republican Matt Bevin for Governor. Obviously, if voters cared enough to vote for the state’s Attorney General they would have also cast their votes for the Republican candidate for Governor. However, we are supposed to believe 116,477 who voted for Cameron decided not to vote for Bevin, another physical impossibility in a fair election.

The US has the dirtiest elections in the world from allowing illegal aliens to vote, having millions of dead people’s names voting, people voting multiple times in the same election, and ballot harvesting where third parties can go door to door and collect paper ballots and deliver them to specific polling places, most of the time after the polls have closed, many votes of which are fraudulent. Aside from this, we have electronic ballots tampered with to switch votes to a specific party, mainly Democrat.

There are literally countless cases of voter fraud and manipulation exposed across the country in every election.

A map of voter fraud cases can be found at the Heritage Foundation web site.

The point is, no matter how popular a candidate is or how many supporting voters he or she may have, the likelihood of them getting elected fairly, especially if they are Conservative or Patriotic to the USA is virtually nil in the face of the Left’s massive ability to rig elections in numerous ways.

In light of this, we must do everything possible to make sure the 2020 elections are as legitimate as possible. This can be done by making voter ID a law across the country, disqualifying votes from states, counties, and city jurisdictions who proclaim to be sanctuary to illegals and allow them to vote, and by demanding an end to all electronic voter machines for a return to paper ballots where they can be counted under supervision.

If we do not do something about dirty elections in the US, we will lose not only the 2020 election to the neo-Nazi Socialists, but will essentially lose the country to their NWO Tyrannic Dictatorship.