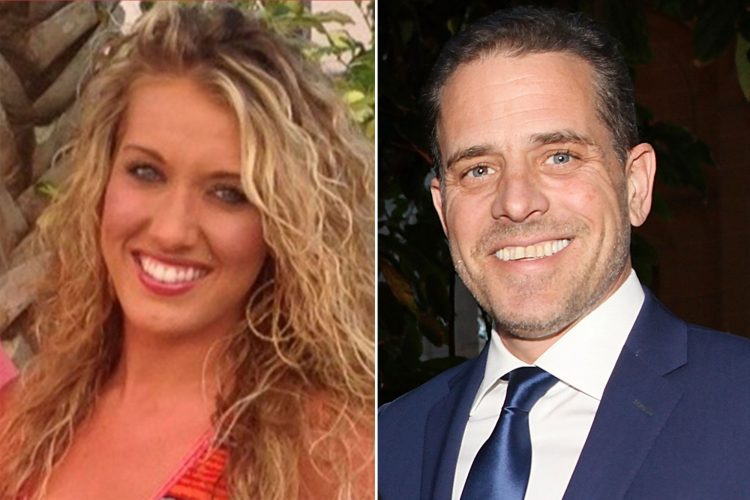 In a recent Arkansas lawsuit against Hunter Biden, a private investigator on behalf of the woman whom Hunter fathered a child with claimed that the former vice president’s sons “is the subject of more than one (1) criminal investigation involving fraud, money laundering and a counterfeiting scheme.”

Tyler Durden has the story:

Monday’s “Notice of Fraud and Counterfeiting and Production of Evidence” alleges that Hunter Biden and associates Devon Archer and John Kerry stepson Christopher Heinz engaged in a money laundering scheme which accumulated over $156 million between March 2014 and December 2015.

According to the document, Biden, Archer and Heinz became directors of consulting firm Rosemont Seneca Bohai, LLC in order to “conceal their family members ownership,” establishing financial accounts at Morgan Stanley and China Bank, the latter of which was used in a money laundering scheme.

Biden and associates are accused of using the counterfeiting scheme “to conceal the Morgan Stanley et al Average Account Value.

The filing also says that “Family members of DEFENDANT Robert Hunter Biden, Devon Archer and Christopher Heinz are business partners of Serhiy Leshchenko and Mykola Zlochevesky in the Ukraine, and are currently under investigation for their part in the counterfeiting scheme.“

Of note, Leshchenko is a former Ukrainian parliamentarian who made headlines in August 2016 for helping to leak the so-called “black ledger” that resulted in the firing of then-Trump campaign manager Paul Manafort – the supposedly ‘debunked’ Ukraine meddling detailed in a November, 2017 Politico article.

Notably, following an outreach to the Ukrainian embassy by Democratic operative Alexandra Chalupa, Artem Sytnyk, Ukraine’s Director of the National Anti-Corruption Bureau of Ukraine and Leshchenko released the “black ledger” containing off-book payments to Manafort. In December of 2018, a Ukrainian court ruled that Sytnyk and Leshchenko “acted illegally” by releasing Manafort’s name – a conviction which was later overturned on a technicality.

Zlochevsky, meanwhile, is the owner of Burisma.

Notice of Fraud and Counter… by Zerohedge Janitor on Scribd

According to Page Six, Lunden Roberts was a stripper at a club that Biden frequented.

The woman suing Hunter Biden for paternity was a stripper at a Washington, DC, club he frequented around the time he was dating his brother’s widow, sources told The Post.

Biden was repeatedly seen at the Mpire Club in the capital’s historic Dupont Circle neighborhood — where Lunden Alexis Roberts, the mother of his alleged love child, worked under the stage name “Dallas,” the sources said.

“He was well-known,” a source said of Biden, the son of former Vice President Joe Biden, the Democratic front-runner to challenge President Trump next year.

Roberts worked there around the time she got pregnant — and when Hunter broke up with former sister-in-law Hallie Biden, the widow of his brother, the late Delaware Attorney General Beau Biden, sources said.

Biden is not just now having issues concerning money laundering, but as we have come to discover, he has a sordid history when it comes to drugs and women.

Biden was discharged from the US Naval Reserve in 2014 after testing positive for cocaine a month after he was commissioned as an ensign, The Wall Street Journal reported.

In 2015, Biden was listed among the customers of Ashley Madison after the site, which encouraged married users to cheat on their spouses, was hacked and its client list was published.

He and his wife Kathleen separated in 2015 and were formally divorced in 2017. Kathleen Biden accused Hunter of “spending extravagantly on his own interests (including drugs, alcohol, prostitutes, strip clubs and gifts for women with whom he has sexual relations), while leaving the family with no funds to pay legitimate bills,” The Associated Press reported.

In March 2017, Biden confirmed that he was dating Hallie Biden, the widow of his brother Beau, who died of cancer in 2015, Page Six reported.

The pair split in April and Hunter Biden married 32-year-old Melissa Cohen, a South African native, just one month after meeting her.

Yet, somehow he was worth millions to a company in Ukraine? Yeah, right!

Though I think the entire impeachment scam is nothing but a cover for unconstitutional legislation being passed under America’s noses, the fact is that it has led to uncovering crimes that Hunter, his father and Barry were engaged in. It’s past time these people were brought to justice, don’t you think?