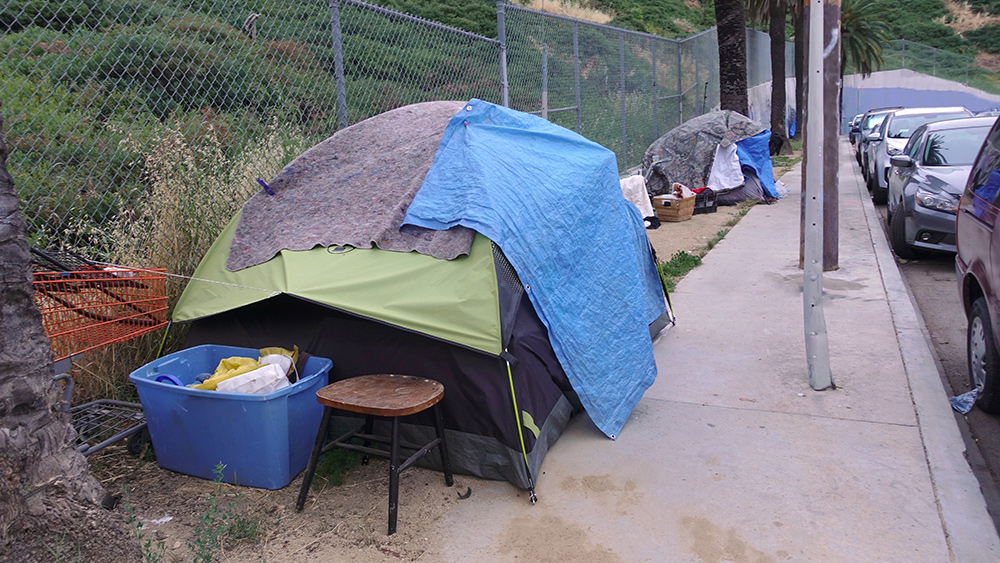 (Natural News) In the war against COVID-19, our greatest, and only truly effective weapon, is isolation. Experts from the World Health Organization (WHO), the Centers for Disease Control and Prevention (CDC), and healthcare professionals the world over, have stressed repeatedly that maintaining social distancing over a protracted period of time is the only way in which we can prevent the loss of millions of lives and avert the complete collapse of the world’s healthcare systems.

In an attempt to enforce this type of isolation, countries across the globe have instituted draconian lockdowns, hoping that “flattening the curve” – slowing down the rate of infection – will buy the needed time to enable healthcare systems to cope, and hopefully for scientists to develop a vaccine against the virus.

The concept of sheltering-in-place is all very well when you have somewhere to hunker down, but what about the homeless people who live on the street or in crowded shelters and who simply do not have that luxury? This is a dilemma that politicians have had to cope with worldwide, particularly in cities which were already dealing with massive housing crises before this pandemic was unleashed on the world.

And, now, reports indicate that the coronavirus has taken hold among the homeless in Los Angeles, causing widespread alarm, and prompting homeless families to start taking over vacant homes in a desperate bid to keep their loved ones safe.

As reported by Yahoo News, as of April 2nd, healthcare workers had confirmed nine cases of COVID-19 among homeless people in L.A. But with that number increasing from just five cases the day before, it is safe to say that there are likely now far more people who have been infected.

Healthcare workers have been trying to test more aggressively in places like Skid Row, but they admit that it is very difficult to trace the movements of those who have no fixed abode.

According to Barbara Ferrer, director of the Los Angeles County Department of Public Health, cases have been confirmed in at least two different shelters, although she was unwilling to divulge their names or locations.

“If we’re able to, we quarantine at the shelter everybody who’s been exposed,” she explained. “And sometimes, at a smaller shelter, that could mean we’re quarantining the entire facility.

“But we also will go in and identify who are the people most vulnerable, who had an exposure, and we move those people to an isolated site for them to serve out their quarantine,” she added.

According to Ferrer, 22 people were quarantined in private rooms or at other facilities, after the city arranged additional accommodation at closed community centers and motels.

While the L.A. County Office of Emergency Management has secured accommodation for quarantine purposes, some families left on the street and desperate to keep their loved ones safe have started moving into vacant houses.

As reported by HuffPost, two crises have collided in the Los Angeles area: an affordable housing crisis years in the making, and the COVID-19 pandemic.

And desperate families have had enough.

As cases of COVID-19, the disease caused by the coronavirus, ballooned statewide, homeless mother Martha Escudero, 42, and her 10- and 8-year-old daughters moved into a vacant house owned by the California Department of Transportation (Caltrans) in the El Sereno neighborhood of Los Angeles. Ruby Gordillo, 33, and her three kids, ages 8 to 14 — who had been “precariously housed,” living five people to a one-bedroom — also moved in, along with Benito Flores, 73, who had been living in his van for years.

It’s part of an effort they’re calling “Reclaiming Our Homes” — and over the past week, other homeless people organized by the group have moved into 12 vacant houses in the area . …

The group is demanding that local and state governments take action immediately to provide housing to homeless families, which are particularly at risk of being exposed to coronavirus.

Sadly, as this epidemic continues to tighten its stranglehold on the country, even more families are likely to lose their homes – the only place where they feel safe and secure.

Learn more at Collapse.news. Keep up with the latest on the Covid 19 outbreak at Pandemic.news.