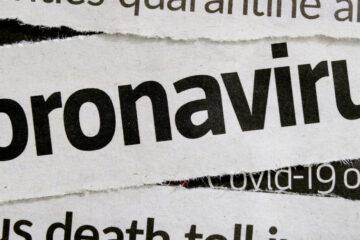 Right at the outset of the CONvid-1984, we were pointing out the attacks on liberty. We warned that health and science are not a part of government authority and that it would be used to control people and even kill them. We were right. Now, even after exposing countless lies in the media and out of the mouths of criminal, corrupt, bought-and-paid-for, drug hustling politicians, the propaganda continues despite the narrative was shattered long ago.Fear is the weapon being used to attack the People not only in the US but around the world.

John Mac Ghlionn has the story on this.

Many U.S. citizens wonder if life will ever return to normal. Are masks here to stay? On TV, news channels are busy spreading fear. Meanwhile, some of the most widely read publications in the United States are warning about the next phase of the pandemic.
To live in the United States is to live in a permanent state of fear. This, as many readers know, is by design. A more fearful nation is a more passive one—easier to manipulate and easier to control.
In the United States, according to Dr. Anthony Fauci, it’s far “too soon” to tell if Christmas gatherings will be allowed. Considering Christmas is more than two months away, one is forgiven for raising their eyebrows and asking: “What are you talking about, Dr. Fauci?” What is the point of vaccines and booster shots if we cannot be with our loved ones? Haven’t we sacrificed enough over the past 18 to 20 months?
Today, across the country, fear dominates the narrative. As someone currently completing a doctorate in psychology, I am intimately familiar with the mechanics of emotional salience. As a key attentional mechanism that contributes to our survival, fear is currently being weaponized for nefarious purposes.
When it comes to the mechanics of government-induced fear, the economist Robert Higgs is perhaps the most knowledgeable man in America.
After reading a fantastic article by City Journal’s John Tierney, I picked up a copy of “Crisis and Leviathan: Critical Episodes in the Growth of American Government,” a book written by Robert Higgs, an economic historian who has been warning about the dangers of government creep for more than 30 years. In “Crisis and Leviathan,” published back in 1987, Higgs discussed a phenomenon known as the “ratchet effect.” Just like a tradesman uses a ratchet to allow effective, one-directional motion, governments often use emergencies to “ratchet” up their responses. By introducing more programs and more oversight boards, such “ratcheting” comes with significant costs—including freedoms we once took for granted. The loss of freedom brings a loss of privacy, and with these losses comes a loss of what it means to be human.
TRENDING: Once Again, Former US Ambassador Alan Keyes Calls Up Bradlee Dean (Video)
Clearly inspired by Higgs, the U.S. government, aided by mainstream media outlets, has weaponized fear to full effect. Aided by behavioral experts and masters of spin, a number of highly influential people have exploited this deeply wired reaction to further erode human agency. Now, to be clear, fear is a highly complex emotion. Context is everything. If you find yourself being chased by a bear, fear is natural. To feel joy in that situation would likely result in your swift and all too painful demise. However, in modern society, our predisposition toward fear is largely maladaptive. Your chances of being chased by a bear are minimal. In fact, your chances of dying from unnatural causes have never been lower. The world has never been safer. With COVID-19, though, we are constantly fed the life or death narrative. The message from the government and MSM is clear: “If you enjoy living, then listen to those in power. If instead you enjoy dying, then, by all means, do your own thing.” Don Lemon, CNN’s anchor and part-time preacher, has spoken about leaving the unvaccinated behind. Again, to be clear, I am not advocating against vaccines, but every adult should be free to make their own decisions. They shouldn’t be coerced or fed false, fear-filled narratives.

A Culture of Fear

We are bombarded with news stories 24 hours a day, 7 days a week—many of these are of the tragic variety. Not surprisingly, as we are hardwired to sense danger, the human mind provides fertile ground for the planting of fears. However, fears, like plants, can also be uprooted. Sadly, our ability to uproot is being compromised by those in positions of genuine power. Because of this, to paraphrase James F. Byrnes, the now deceased politician and judge, too many people now find themselves obsessed by the idea of security. By failing to acknowledge opportunity (also known as freedom), “they seem to be more afraid of life than death.”
Fear works best when an element of truth gets exaggerated to epic proportions. With COVID-19, we know the virus exists; we also know that far too many people around the world, including at least 709,000 Americans, have died. But—and this is of vital importance—if you happen to be reasonably young and reasonably healthy, your chances of dying from the virus are minimal. One of the major reasons COVID-19 has had such a devastating impact in the United States has a lot to do with one, simple fact: 40 percent of the country’s adults are obese. Instead of fear mongering, Dr. Fauci should be advising people to get fitter. This is one of the surest ways to avoid succumbing to the illness. Why does this get excluded from the conversation, either intentionally or otherwise? Because it’s much better to keep control of the masses—including the younger, healthier citizens—if tens of millions live in a perpetual state of fear.
An individual has a far greater chance of being killed in a traffic accident or from the flu than they have of dying from COVID-19. Obviously, no one wants to get the flu or experience a traffic accident. Nevertheless, we don’t live our lives in constant fear of both. That’s because our salience biases, also known as perceptual salience, predispose us to focus on novel threats. What’s more novel than a novel coronavirus? Fear is a prison largely of our own making. Let’s free ourselves.
I will finish with a quote from Frank Herbert, author of “Dune”: “I must not fear. Fear is the mind-killer. Fear is the little-death that brings total obliteration. I will face my fear. I will permit it to pass over me and through me. And when it has gone past I will turn the inner eye to see its path. Where the fear has gone there will be nothing. Only I will remain.”
TRENDING: The Global War Against President Trump
The fact of the matter is that for many of us, we have never left “normal.” We rejected giving out business to mask mandating fascist business owners. We didn’t social distance. We went to Church. We did as we pleased and ignored the tyrants.
That’s what Americans should have done all along! They should have called the Nazis out for who they are, and quite loudly, and went on their way, and then brought justice upon the heads of those who engaged in such behavior in government from the president on down to local representatives, but the people haven’t quite learned that lesson just yet. Let’s pray they do, and soon.
Article posted with permission from Sons of Liberty Media
(Visited 5 times, 1 visits today)
Share
Tweet
Share
Pin