There Are A Lot Of Really Bizarre Theories About Monkeypox Going Around
Here we go again: MONKEYPOX is the next “scariant” being unleashed on the world to demand vaccine compliance
Monkeypox Spreads Like Wildfire All Across The Planet As The WHO Warns “There Will Be More Cases”
In their quest to live forever, evil elitists admit through “science” that children and babies are being harvested for their life essence
It’s the end of the global economy as we know it (do you feel fine?)
Dr. Zelenko shares how the MSM smeared him for revealing the cure to COVID – Brighteon.TV
New engineered pandemic: US buys millions of vaccines as monkeypox outbreak hits Europe and North America
13 Songs to Honor Those Who Fight and Die for America
Gilead Sciences and the Gilead New World Order from HULU series Handmaid’s Tale – From Science Fiction to the Science behind COVID-19 vaccines (op-ed)
Hundreds of Azovstal fighters in Ukraine surrender to Russian forces as Putin shakes up military leadership
Autopsy confirms British mother died of acute MYOCARDITIS after receiving Pfizer COVID shot
Sri Lanka on the brink of bankruptcy, faces food, fuel and medicine shortages
Stanford says butchering and harvesting blood and organs from children can help adults achieve “immortality”
SOURCES: China preparing for “D-Day” INVASION of the continental United States, with forces to land on the beaches of California, as Biden and Newsom serve as China’s accomplices
The biggest economic crash America will ever experience is coming, warn multiple financial experts 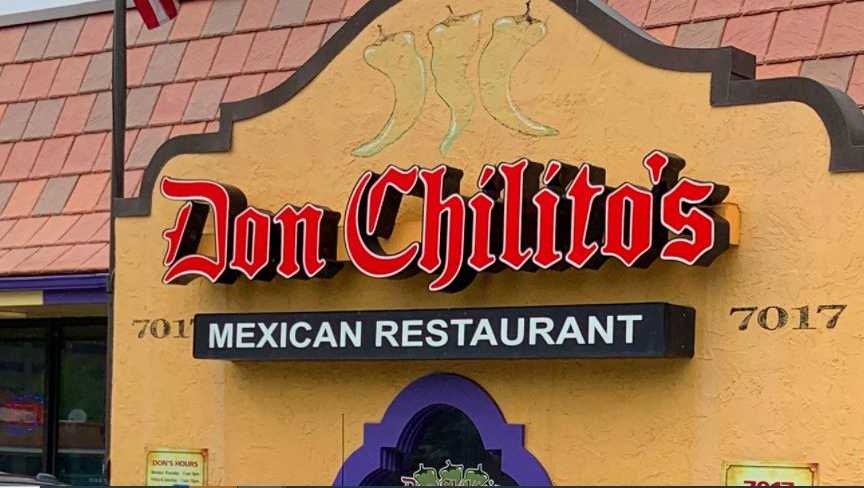 I was recently reminiscing with a friend about the closure of our favorite Mexican restaurant, in Kansas City, a place called Don Chilitos.

For those of you who don’t know, I grew up in Kansas City, KS. At one time I weighed over 250 pounds and there is a big reason for that — I like food! More on that in a minute…

When people I’d meet across town would ask where I was from, I’d do the traditional head bow and slowly and quietly mutter the words “Wyandotte County.” LOL Wyandotte County was not the most affluent part of the city.

I grew up in a neighborhood where white people were the minority and, in the Argentine area, it was mostly Hispanic. So, suffice it to say, I grew up loving spicy foods, but… My favorite was not authentic, it was Tex Mex.

I grew up loving a restaurant called Don Chilitos that was in a more affluent part of town. Don Chilitos was the best TEX MEX on planet earth according to me, myself and I.

I left KC in 1987 and lived there just briefly again in 89-90. I eventually found myself in SW Missouri, more commonly known as The Ozarks.

Still I missed a lot of things about my old home including my Kansas City Chiefs. So between 2002 and 2004 I had season tickets and drove 4 hours each way to every Chiefs home game, including pre season, which was ten trips a year. Plus playoffs!

I was too cheap to stay in a hotel, and miss work the next day, so we’d do the whole trip in one day. Four hours there. Four hours back.

Another hour was spent at my favorite restaurant of all time… The legendary Don Chilitos.

Don Chilitos is now defunct as it closed in late 2021. Thousands of Kansas City residents were at least mildly broken hearted with this announcement. 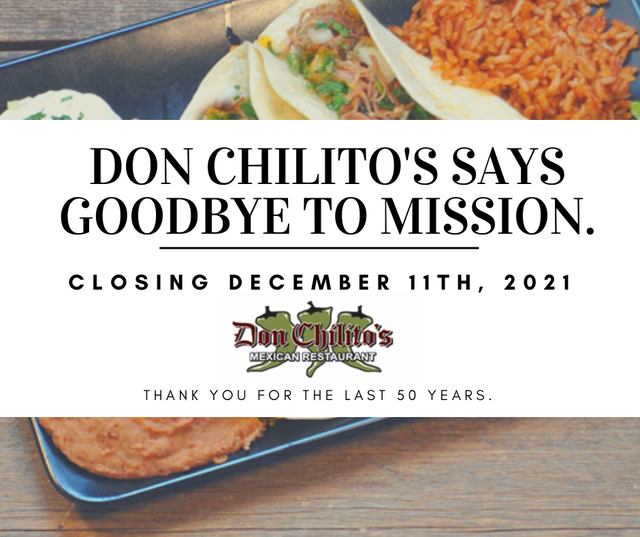 Mission is a part of KC Metro for those who are unfamiliar.

Would Don Chilitos still be open if it weren’t for covid? Maybe so. The owner certainly would have had generous offers to sell the business. But who wants to buy a restaurant in this economy?

The Facebook post I am reviewing has 3931 shares, 334 likes and dozens of comments at the time of publication.

So what does Dean’s favorite restaurant closing have to do with America?

Read The Facebook post and you will see how many long-time customers were broken hearted by the closing of this KC tradition.

I’m sure many of our readers have similar stories about their local shops and restaurants.

But why did this happen?

Whether it’s fake or real covid has done the damage it was intended to do. If it is real, it was definitely manufactured.

So, if it was “created” maybe we can make the argument that it is still real, but how real is it?

Seriously folks? A guy dies in a motorcycle accident and they call it a covid death? How does that work? If he didn’t have covid in his system he surely would have survived the horrific crash?

“Covid” is killing people and making those who get the shots suffer from things like miscarriages. Maybe it’s more about depopulation. Ever consider that?

And where does Bill Gates fit into all of this?

This disease was created to kill people and make it look like nature’s vengeance. That is the opinion of this author and many of our readers.

The friend I talked to today is unvaxxed and has never had Covid. I can tell the same story.

Are we the only two people with that story? No way.

Folks you don’t have to be a “conspiracy theorist” like I am to see that this is not right and we have been given just the information that our controllers wanted us to get.

Why would government want to kill small businesses, like Don Chilitos, and the economy?

Big chains are tied to government, and government is tied to big chains.

We are moving toward a more communistic way of life. Government control for everyone. Isn’t it great?

God Bless us all.

Get proud and get loud before it’s too late.

For those that question my credibility as a food critic… Check this out:

Dean Garrison is the publisher of DC Clothesline and DC Dirty Laundry. Full reprint rights are granted, in part or in full, for ALL of my articles. The truth should not be copyrighted because without it people will continue to be targeted by evil governments around the world.