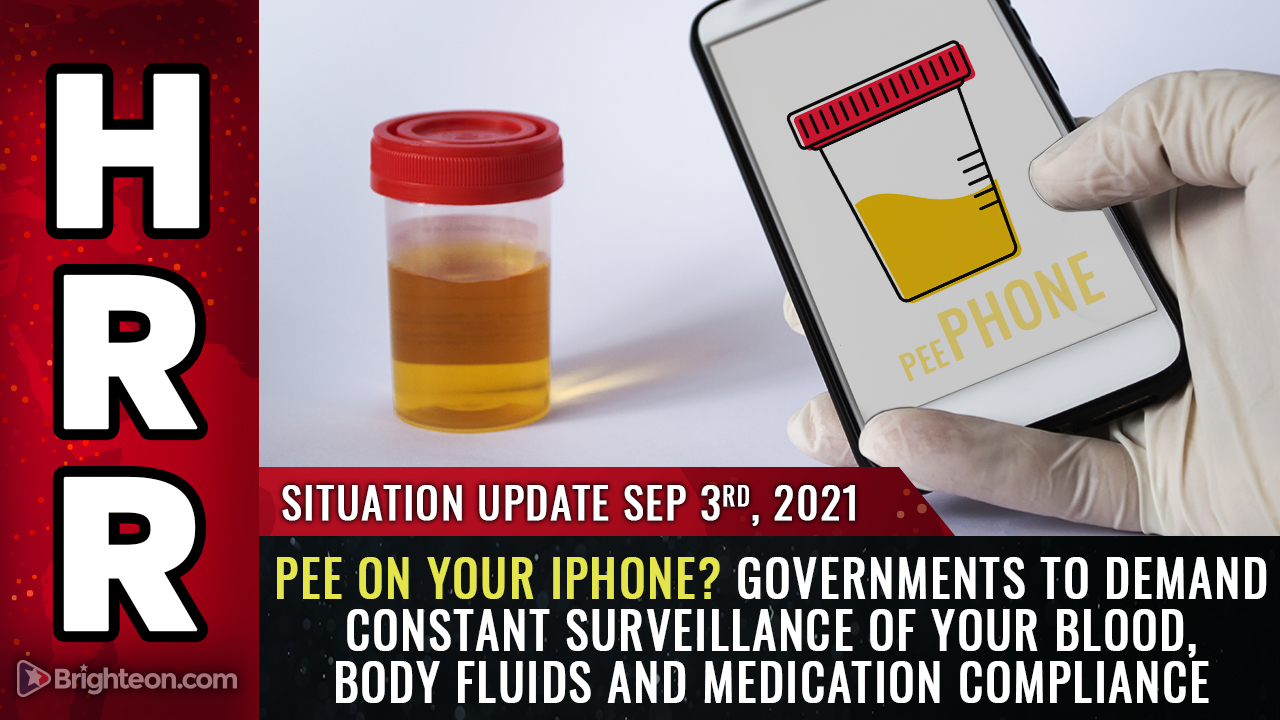 (Natural News) The world we know is rapidly collapsing into a totalitarian medical police state where governments claim the power to constantly monitor your location and your compliance with their demanded medical interventions.

As InfoWars reported yesterday, the government of South Australia is now experimenting with a bizarre, Orwellian system that would require citizens to carry government-mandated apps on their phones, then respond to government requests for face photos and proof of your location within 15 minutes of being “pinged” by the government. In other words, you’d be a prisoner in your own country, constantly surveiled by the government and required to snap photos of your face to prove you are where your phone is currently located.

Pfizer is now pushing an ivermectin clone drug that will likely cost a hundred times more than ivermectin, and it’s designed to be taken daily, alongside mandated vaccines. Not only is ivermectin being trashed by the media and the White House in order to clear the way for this ivermectin replacement drug (which will enrich Pfizer with tens of billions of dollars in new revenue), but you’ll be required to prove you’re taking it on a daily basis, or you will lose your “vaccine passport” status.

Got it yet? It all started with “two weeks to flatten the curve,” followed by, “take these two shots to gain your freedom.” But now it has morphed into THREE shots (the booster, remember?), with a fourth booster coming soon, a daily Pfizer drug and soon a government location-tracking app that you have to use to prove your compliance with the drugs and the vaccines.

Before long, you’ll have to pee on your iPhone which will ship with a sensor that detects medication compliance in your urine.

(I don’t know about you, but I think we’d all be better off we were to just sh#t on our iPhones and be done with it.)

That was the whole point behind the Theranos analysis instrument that was being pushed by that fraudulent company — it was designed to monitor your blood on a daily basis, then upload your blood biomarkers and gene sequencing blueprint to deep state servers. The Theranos equipment was really just a blood monitoring / surveillance system disguised as a medical analysis instrument.

Remember, all the people currently going along with vaccines, mask mandates and social distancing will gladly comply with government monitoring of their medication compliance and locations. They almost worship obedience and can’t wait to have yet more opportunities to comply with tyranny on a daily basis.

Over the next several years, of course, many of those people will be dead, having killed themselves with “vaccine” injections that weren’t vaccines at all, but rather deadly bioweapons.

If you want to survive all this, you need to evade the government monitoring systems, avoid the deadly vaccines, say NO to the toxic medications and defend your privacy and natural immune system with nutrition and detoxification.

We are now living under an attempted global mass murder scheme that’s playing out like clockwork. It is survivable, but perhaps a billion or more human beings will not make it out alive. Make sure you are among those who make it through, because we will have to rebuild civilization on the other side of all this.

Find a new podcast (and interviews) each day at:

About the author: Mike Adams (aka the “Health Ranger“) is a best selling author (#1 best selling science book on Amazon.com called “Food Forensics“), an environmental scientist, a patent holder for a cesium radioactive isotope elimination invention, a multiple award winner for outstanding journalism, a science news publisher and influential commentator on topics ranging from science and medicine to culture and politics. Follow his videos, podcasts, websites and science projects at the links below.

Mike Adams serves as the founding editor of NaturalNews.com and the lab science director of an internationally accredited (ISO 17025) analytical laboratory known as CWC Labs. There, he was awarded a Certificate of Excellence for achieving extremely high accuracy in the analysis of toxic elements in unknown water samples using ICP-MS instrumentation. Adams is also highly proficient in running liquid chromatography, ion chromatography and mass spectrometry time-of-flight analytical instrumentation. He has also achieved numerous laboratory breakthroughs in the programming of automated liquid handling robots for sample preparation and external standards prep.

The U.S. patent office has awarded Mike Adams patent NO. US 9526751 B2 for the invention of “Cesium Eliminator,” a lifesaving invention that removes up to 95% of radioactive cesium from the human digestive tract. Adams has pledged to donate full patent licensing rights to any state or national government that needs to manufacture the product to save human lives in the aftermath of a nuclear accident, disaster, act of war or act of terrorism. He has also stockpiled 10,000 kg of raw material to manufacture Cesium Eliminator in a Texas warehouse, and plans to donate the finished product to help save lives in Texas when the next nuclear event occurs. No independent scientist in the world has done more research on the removal of radioactive elements from the human digestive tract.

Adams is a person of color whose ancestors include Africans and American Indians. He is of Native American heritage, which he credits as inspiring his “Health Ranger” passion for protecting life and nature against the destruction caused by chemicals, heavy metals and other forms of pollution.

Adams is the author of the world’s first book that published ICP-MS heavy metals analysis results for foods, dietary supplements, pet food, spices and fast food. The book is entitled Food Forensics and is published by BenBella Books.

In his laboratory research, Adams has made numerous food safety breakthroughs such as revealing rice protein products imported from Asia to be contaminated with toxic heavy metals like lead, cadmium and tungsten. Adams was the first food science researcher to document high levels of tungsten in superfoods. He also discovered over 11 ppm lead in imported mangosteen powder, and led an industry-wide voluntary agreement to limit heavy metals in rice protein products.

In addition to his lab work, Adams is also the (non-paid) executive director of the non-profit Consumer Wellness Center (CWC), an organization that redirects 100% of its donations receipts to grant programs that teach children and women how to grow their own food or vastly improve their nutrition. Through the non-profit CWC, Adams also launched Nutrition Rescue, a program that donates essential vitamins to people in need. Click here to see some of the CWC success stories.

With a background in science and software technology, Adams is the original founder of the email newsletter technology company known as Arial Software. Using his technical experience combined with his love for natural health, Adams developed and deployed the content management system currently driving NaturalNews.com. He also engineered the high-level statistical algorithms that power SCIENCE.naturalnews.com, a massive research resource featuring over 10 million scientific studies.

Adams has also helped defend the rights of home gardeners and protect the medical freedom rights of parents. Adams is widely recognized to have made a remarkable global impact on issues like GMOs, vaccines, nutrition therapies, human consciousness.

In addition to his activism, Adams is an accomplished musician who has released over fifteen popular songs covering a variety of activism topics.