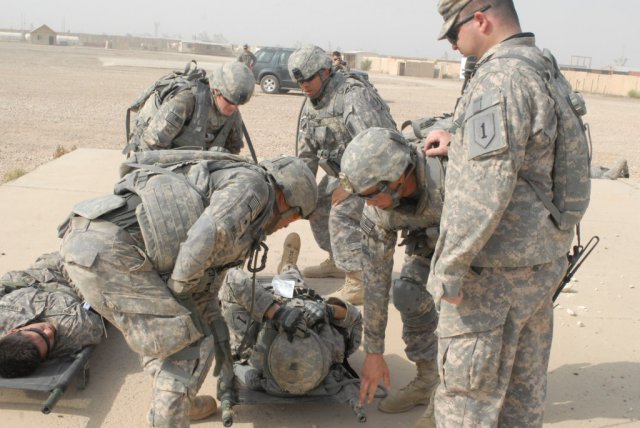 TBI (traumatic brain injury), it’s called the “signature injury” of our wars in Iraq and Afghanistan, and the DoD does nothing to prevent it.

Today brought another update from the Pentagon on the number of troops with Traumatic Brain Injuries from the Iranian retaliatory missile strike on our base in Iraq. We’re now up to fifty, almost five times the number initially reported by the military brass.

These troops made it to shelter and were protected from fragmentation injuries, what happened? Well, the same thing that has happened to over 340 thousand other service members. They each suffered brain damage from shock waves associated with the blasts.

Were they wearing protective helmets? Yes, they were wearing what they were issued, the Advanced Combat Helmet. The ACH is anything but advanced. It was initially issued in the mid 2,000s and has been responsible for hundreds of thousands of TBIs since then.

A helmet can’t be designed to protect for everything

That’s the excuse the DoD has been using since 2010 when researchers published a study showing that the current helmet design was little better than no helmet at all for blast protection, and in some cases might actually increases the likelihood of a TBI. By adding a face shield, injuries could be reduced by up to 80 percent.

Ten years have gone by since the two studies mentioned above, and nothing has been done. What’s even worse, the TBI injuries recorded from 2005-2010 numbered 130 thousand; since then they have almost tripled to over 340 thousand, when they should have decreased down to 70 thousand. And the top brass knew all along how little it would take to prevent those injury numbers. They could have saved over a quarter of a million military members (272 thousand) from the misery of a TBI.

The Joint Chiefs love those $30-100 million dollar toys, but they won’t prioritize personal protective equipment for their troops even though TBIs account for over 60 percent of injuries in Iraq and Afghanistan. I guess there aren’t any post-retirement employment opportunities in the helmet industry.

There is some good news. A not-for-profit organization called Operation-helmet.org will send out a better grade of helmet pad to troops deployed in combat areas. This is literally a Mom and Pop charity that plows over 90 percent of donations right back into these products and shipping. It is operated out of a retired doctor’s home; all the info is on the site. Give “Doc Bob” a call and consider a donation to his charity.

If you want to order a set of these pads for someone in particular, they request a $28 dollar donation to cover costs. We just ordered one for someone and it was shipped out the same day we paid. The pads issued by the DoD are actually more dangerous because they are harder and transmit the shock wave from the helmet directly into the skull.

Contact your representatives in Washington (202-224-3121) and the White House (202-456-1111). If you email or write, include a link to this article or print it out. Demand that the DoD provide better protection for our troops.

While you are here, take a minute and click one or both of the links below and visit our sites for “fresh daily” news and opinion. Don’t forget to sign up on our email list, we only send one per day! DC Dirty Laundry and DC Clothesline