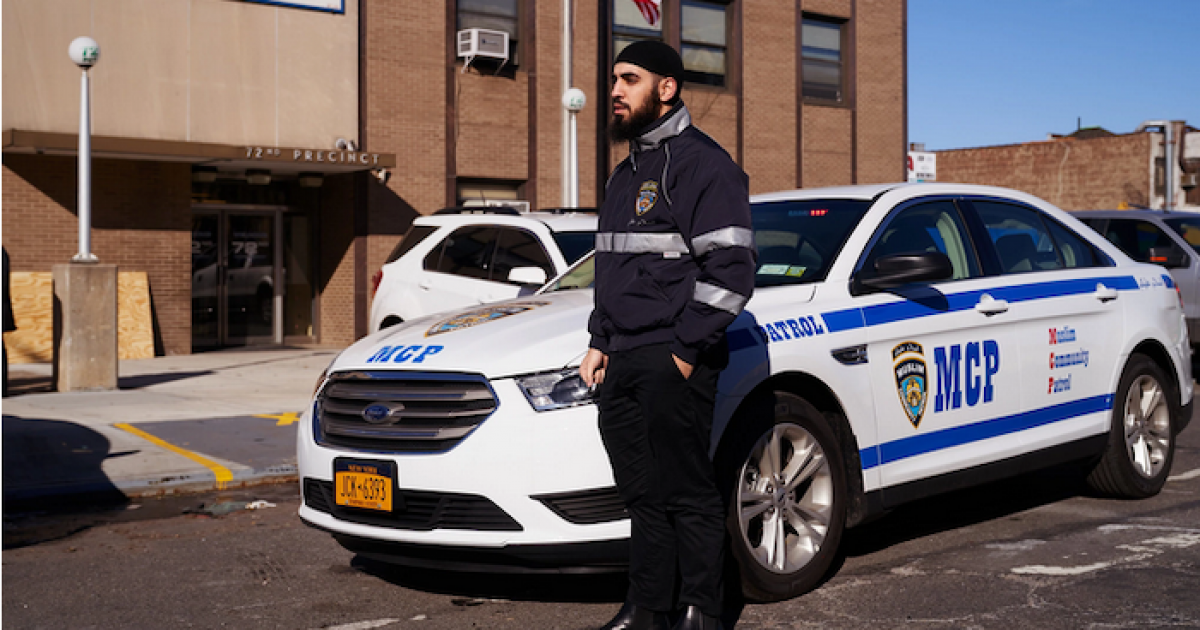 Editor’s Note: They are doing this and being allowed to do this to get you people in New York used to your new masters. Watch and see! Less than two decades ago, you people were decrying the demonic religion of Islam. Now, you are a step away from openly embracing it.

The Muslim Community Patrol will doubtless be on the lookout for incidents of “Islamophobia,” that is, anti-Muslim “hate crimes,” which is entirely unnecessary, since the NYPD exists, and such incidents are actually quite rare according to FBI hate crime statistics — much less common than incidents of anti-Semitism.

Will the Muslim Community Patrols also be on the lookout for Muslims who are violating Sharia provisions, such as the prohibition on drinking alcohol? It isn’t inconceivable, although the very question will be denounced as “Islamophobic.” But we have seen Sharia patrols in Austria, Denmark, Sweden, the UK, the Netherlands, and Germany. So why is it inconceivable that they could arise in New York City? It isn’t.

Then what will happen if the MCP apprehends someone for violating Sharia in a way that does not contravene American law?

Also, last month NYPD Sergeant Jessica McRorie stated: “This is not an NYPD vehicle. The NYPD did not outfit or label this vehicle. This group is not officially sanctioned by the NYPD and they are subject to the law.”

If the Muslim Community Patrol is not officially sanctioned by the NYPD, isn’t it subject to laws regarding impersonating a police officer? But would anyone dare risk charges of “Islamophobia” in Bill de Blasio’s New York by pursuing such an inquiry? Not on your life.

…Mr. Ali is among the first 30 members of the all-volunteer Muslim Community Patrol & Services that is preparing to operate in neighborhoods in Brooklyn, with a goal of growing its fleet of two cars to five by the end of the month and eventually expanding citywide. The group recently held a training led by off-duty officers from the Police Department’s 72nd Precinct.

“It’s like a neighborhood watch but on steroids,” said Noor Rabah, the group’s 31-year-old vice president who lives in Sunset Park.

As word of the new patrol has begun to spread, the backlash has been swift, even among some members of the Muslim community who have criticized the lack of information, and even questioned the need for the patrol.

Like the Shomrim that patrols largely Hasidic neighborhoods in Brooklyn and the Brooklyn Asian Safety Patrol that operates mainly in Sunset Park, the new group — believed to be the first of its kind in the country — hopes to function as extra sets of eyes and ears for the police.

The unarmed civilian patrol will offer translation services — its members are fluent in any of seven languages — explain cultural nuances, report suspicious activity, respond to traffic accidents and even help in searches for the missing. The patrol has the support of Brooklyn’s borough president, Eric L. Adams, and Assistant Chief Brian J. Conroy, the commanding officer of Patrol Borough Brooklyn South.

“More than buildings went down in 9/11. Trust between communities went down,” Mr. Adams said. “We are building it back one brick at a time, and this patrol is one of those bricks.”

Leaders said the group is self-funded and used donations to purchase the cars and navy blue uniforms for its members, many of whom are involved with the Muslim Community Center in Sunset Park.

Volunteers plan to work in shifts, watching over arrival and dismissal times at three Islamic schools in Brooklyn and conducting patrols from 5 p.m. to 11 p.m., mostly near mosques and bus and subway stops in Bay Ridge and Sunset Park, where there are large Muslim populations. It will also link residents to food pantries, mentorship programs and counseling services. It aims to serve anyone who needs help, Mr. Rabah said, not just Muslims.

“Presence is prevention,” Mr. Rabah said. “Just us being around should deter the average criminal mind of doing something to harm another person.”…