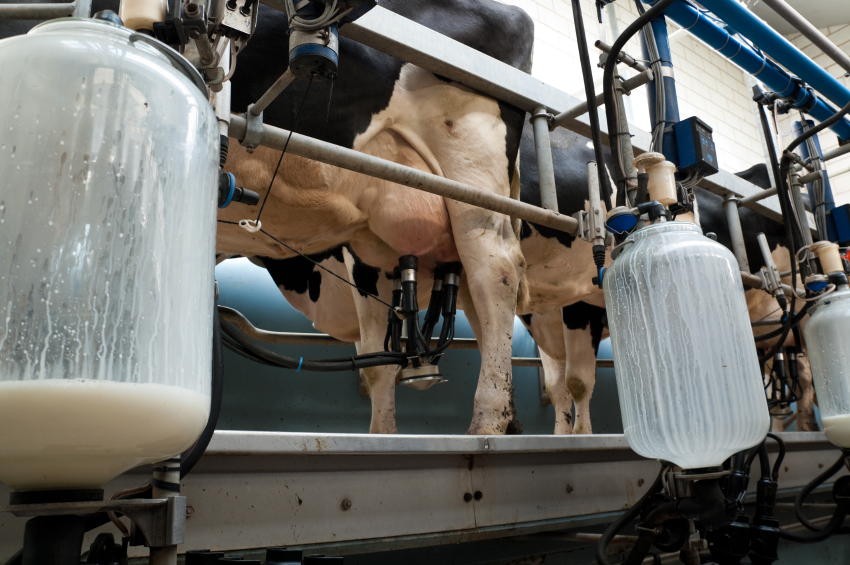 (Natural News) The largest commercial milk processor in the United States has filed for Chapter 11 bankruptcy protection, citing heavy debt and substantial unfunded debt obligations as among the reasons why.

The current owners of Dallas-based Dean Foods say that they eventually want to sell the company, but first need to get things back on track. One step involved securing commitments for $850 million in debtor-in-possession financing, a funding mechanism that’s available for companies in financial dire straits.

Dean Foods customers likely won’t see any changes in terms of product availability, however “advanced discussions” with the Dairy Farmers of America (DFA) about Dean Foods selling “substantially” all of its assets will be quietly taking place in the background.

Should Dean Foods come to a mutual agreement with the DFA about a sale, this transaction will still be open to other potential buyers, which means the process could take a while to reach completion.

Wells Fargo says that while Dean Foods is currently overwhelmed with pension commitments and debt, there’s value in the “company-owned refrigerated distribution assets and margin optionality from full-fat dairy products.”

Following the completion of a strategic review back in September, Dean Foods had determined that selling the company was not the best option. However, because demand for conventional dairy products is plummeting, Dean Foods has no choice but to make some drastic changes if it hopes to remain afloat.

“Dean Foods’ business has struggled as more consumers turn to nondairy milk or buy private-label products,” writes Amelia Lucas for CNBC. “Americans’ per capita consumption of fluid milk has fallen 26% in the last two decades, according to data from the U.S. Department of Agriculture.”

Another challenge to Dean Foods was Walmart’s decision back in 2017 to start processing its own milk instead of selling Dairy Pure, Oak Farms, and TruMoo milk, all brands that are owned by Dean. Consequently, Dean Foods was forced to cancel more than 100 milk contracts with dairy farmers across eight states.

Grocery chain Food Lion also ended its partnership with Dean Foods about a year after that, which only further eroded Dean Foods’ market presence.

All of this reflects in Dean Foods’s financials, as the company has reported a net loss in seven of its last eight quarters, suggesting steady and persistent declines.

“We are gathering information to better assess the situation and will work closely with our members to provide whatever support we are able to through this process.”

When it comes to dairy, Americans prefer raw or nut-based

As it turns out, Dean Foods isn’t the only conventional dairy company suffering from changing consumer preferences. Pretty much all the big guys are having to face the fact that Americans no longer want to drink milk and other dairy products derived from filthy feedlot animals that are force-fed genetically modified organisms (GMOs).

Some consumers are switching to nut “milks” instead, including those derived from almonds and macadamia nuts. Others are opting for raw milk and dairy products derived from pasture-raised animals.

Because it contains lactase and other natural enzymes and probiotics that are otherwise killed off through pasteurization and homogenization, raw milk is much easier to digest for many people, not to mention the fact that raw milk is substantially healthier than its conventional counterparts.

To learn more about the many health benefits of raw milk, be sure to check out RawMilk.news.

You can also track the ongoing collapse of major corporations as they drown in debt by visiting Collapse.news.