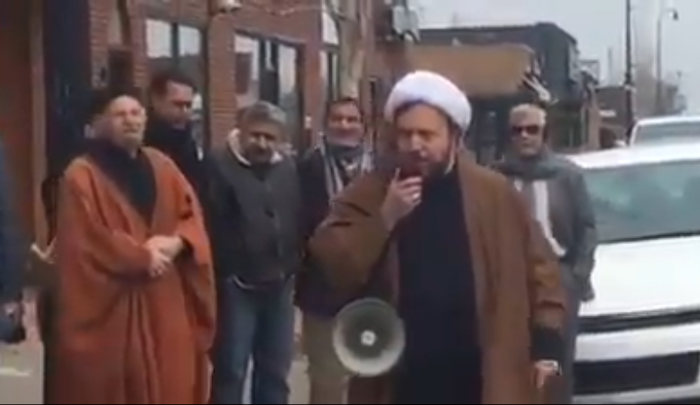 This will only come as a surprise to those who are unaware that the Qur’an depicts the Jews as inveterately evil and bent on destroying the well-being of the Muslims. They are the strongest of all people in enmity toward the Muslims (5:82); they fabricate things and falsely ascribe them to Allah (2:79; 3:75, 3:181); they claim that Allah’s power is limited (5:64); they love to listen to lies (5:41); they disobey Allah and never observe his commands (5:13). They are disputing and quarreling (2:247); hiding the truth and misleading people (3:78); staging rebellion against the prophets and rejecting their guidance (2:55); being hypocritical (2:14, 2:44); giving preference to their own interests over the teachings of Muhammad (2:87); wishing evil for people and trying to mislead them (2:109); feeling pain when others are happy or fortunate (3:120); being arrogant about their being Allah’s beloved people (5:18); devouring people’s wealth by subterfuge (4:161); slandering the true religion and being cursed by Allah (4:46); killing the prophets (2:61); being merciless and heartless (2:74); never keeping their promises or fulfilling their words (2:100); being unrestrained in committing sins (5:79); being cowardly (59:13-14); being miserly (4:53); being transformed into apes and pigs for breaking the Sabbath (2:63-65; 5:59-60; 7:166); and more. They are under Allah’s curse (9:30), and Muslims should wage war against them and subjugate them under Islamic hegemony (9:29).

Will Husham al-Hussainy suffer any censure from his establishment friends? Of course not.

A Michigan imam preached that the leaders of Saudi Arabia are “agents of the Jews” and should be put to death, as seen in a video posted to Facebook and found by Clarion Project.

The video shows Dearborn Imam Husham al-Hussainy condemning the Saudi royal family as “impure,” calling for them to be executed for the Saudi campaign in Yemen against the Houthi rebels backed by the Iranian regime, and is filled with conspiratorial anti-Semitism.

Speaking in Arabic, al-Hussainy said that the Saudi leaders are “agents of the Jews” and that the so-called Zionist conspiracy should be blamed for any Saudi transgression.

Al-Hussainy even went so far as to claim that the Saudi airplanes bombing Yemen “are Israeli airplanes with Israeli policy and Israeli targets.”

He then urged Muslims to “stand together” with Christians against the “oppressive Saudi-Zionist airplanes.”

Al-Husainy, an Iraqi-American Michigan imam who founded the of the Karbala Islamic Center in 1995, has a history of supporting the Hezbollah terrorist group, Ayatollah Khomeini’s Islamic Revolution in Iran and radical Shiite militiamen in Iraq backed by the Iranian regime.

For example, last year, al-Hussainy visited Iraq and was a guest speaker for a crowd affiliated with the Iranian-backed militia Saraya Ashura. Iranian regime operatives have directly trained and armed many of Saraya Ashura’s fighters and the militia threatened to attack U.S. personnel in Iraq.

Yet, despite this public record, al-Hussainy is welcomed and participates in interfaith and civil rights events nationally and throughout the city of Detroit.

Only two months after he gave this sermon (which was posted in 2015 to the Facebook page of the Karbala Islamic Center in Dearborn), al-Hussainy participated in a Detroit-area civil rights award dinner sponsored by the Arab American Civil Rights League (ACRL) and the Detroit branch of the NAACP.

In 2017, Hussainy was invited to speak at a memorial service to remember the victims of 9/11 with Detroit community leaders. In 2018, a judge determined what many suspected all along — that Hezbollah and the Iranian regime (both of which Imam al-Hussainy supports) are culpable for the 9/11 attacks because of their material support for Al-Qaeda and the hijackers, specifically…