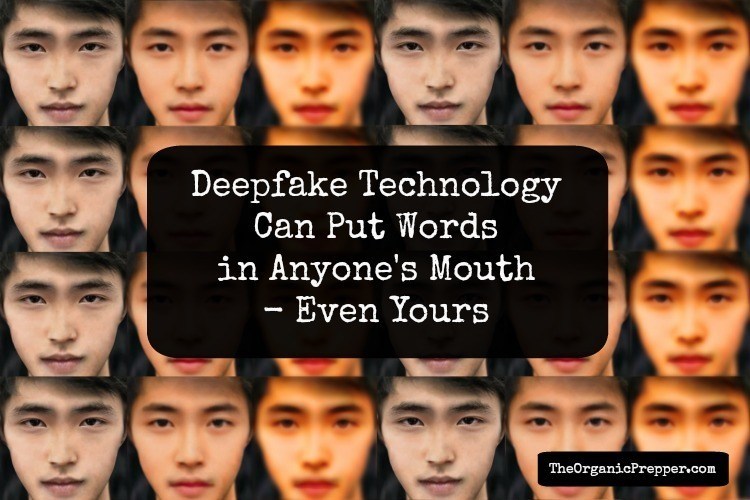 Did you know that technology exists that can create images of people that are not real?

And, did you know that technology exists that can make those “people” talk?

We’ve written about all sorts of dystopian technology on this website, but this might be the creepiest yet. Known as “deepfakes” (a portmanteau of “deep learning” and “fake”) this technology can be used for human image synthesis based on artificial intelligence. It is used to combine and superimpose existing images and videos onto source images or videos using a machine learning technique known as generative adversarial network (GAN).

Deepfake technology is rapidly evolving and the likely consequences are troubling.

As we’ve seen in discussions about deepfakes (which use GANs to paste people’s faces onto target videos, often in order to create non-consensual pornography), the ability to manipulate and generate realistic imagery at scale is going to have a huge effect on how modern societies think about evidence and trust. Such software could also be extremely useful for creating political propaganda and influence campaigns.

In other words, ThisPersonDoesNotExist.com is just the polite introduction to this new technology. The rude awakening comes later. (source)

A new algorithm allows video editors to modify talking head videos as if they were editing text – copying, pasting, or adding and deleting words.

A team of researchers from Stanford University, Max Planck Institute for Informatics, Princeton University and Adobe Research created such an algorithm for editing talking-head videos – videos showing speakers from the shoulders up. (source)

The possible consequences of this technology are horrifying to ponder, but Melissa Dykes of Truthstream Media did just that in this chilling video.

It is getting more and more difficult to discern fakes from reality.

“Our reality is increasingly being manipulated and mediated by technology, and I think we as a human race are really starting to feel it,” Dykes writes:

We are coming to a point in our post-post-modern society where seeing and hearing will not be believing. The old mantra will be rendered utterly worthless. The more we consider the sophistication of these technologies, the more it becomes clear that we are just scratching the surface at attempting to understand the real meaning of the phrase “post-truth world”. It’s not a coincidence this was an official topic at last year’s ultra-secretive elite Bilderberg meeting, regularly attended by major Silicon Valley players including Google and Microsoft, either. (source)

What will deepfake technology be used for? Do you think it will eventually become impossible to identify deepfakes? What will the consequences be? Please share your thoughts in the comments.