In a move that should scare the heck out of anyone, the Department of Defense has filed a court order compelling Apple and Google to tell them about your Google Play Store and Apple iTunes downloads.

More specifically, the DoD wants the two corporate behemoths to give up the info on every single person that downloaded a gun scope app to their devices. A number that is likely to be more than 10,000 users that have NOT been accused of a crime, and whom are NOT under investigation. This is a warrantless search of your private app usage.

This overly broad request is unprecedented in its “scope” (my only pun, I promise). This order seeks to gain information about thousands of innocent people. What’s worse, it is for an unrelated (to the app) case, involving ICE and ITAR violations.

The app in question is called Obsidian 4. It was created by American Technologies Network Corp and is designed to add enhancements to rifle scopes such as ATN’s X-Sight 4K or ThOR 4 products.

The description on Google Play reads, “This connection allows you to watch a live video stream of your hunt on your smartphone or tablet.” It is a tool to control riflescopes made by night-vision specialists ATN Corp. The app allows users to take video, calibrate their gun scope or live stream video from the scope, all from an Android or iPhone device.

Now, before you think, HEY THAT SOUNDS COOL! And rush out to download this app, or even GOOGLE them, remember…

I JUST SAID THE DOD WAS GETTING INFORMATION ABOUT PEOPLE USING THE APP, WITHOUT A WARRANT.

ICE is looking into illegal exports of ATN’s scope; however, the company itself is not under investigation, according to the order. Investigators are forgoing due process to find out quickly where the app is in use, with the hope that it will indicate where the hardware has been shipped abroad.

ICE has repeatedly intercepted illegal shipments of the scope, which is controlled under the International Traffic in Arms Regulation (ITAR), according to the government court filing. This included shipments to Canada, the Netherlands and Hong Kong where the necessary licenses had not been obtained according to Forbes who initially reported this story.

Forbes wrote from the government order, “This pattern of unlawful, attempted exports of this rifle scope in combination with the manner in which the ATN Obsidian 4 application is paired with this scope manufactured by Company A supports the conclusion that the information requested herein will assist the government in identifying networks engaged in the unlawful export of this rifle scope through identifying end users located in countries to which export of this item is restricted.”

(The order was supposed to have been sealed, but Forbes obtained it before the document was hidden from public view.)

It is unclear whom ICE is investigating. No public charges have been filed related to the company or resellers of its weapons tools. Reports online have claimed ATN scopes were being used by the Taliban, Forbes reported.

The data that the DoD will gain, includes your IP address, phone number, type of device, and home address (by geolocation). In addition, potentially a host of other information that Google does not want people to know that they know. All of this information readily DOXXES all users of this APP. Doxxing is the discovery of data that points directly to specific individuals. The limitation of this information to the ICE/ITAR investigation is unlikely, once the government has it.

Boy, I used to think the post 9/11 (18 year anniversary is in 3 days) Patriot Act was bad. At least they put that into a law that everyone could read. Nowadays the government appears to operate on the concept, “Seek exoneration, not permission”. 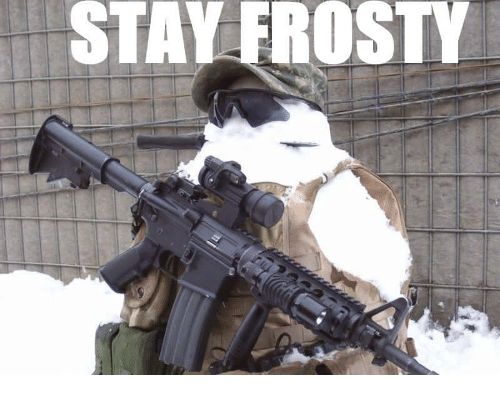 More Government out of Control News: