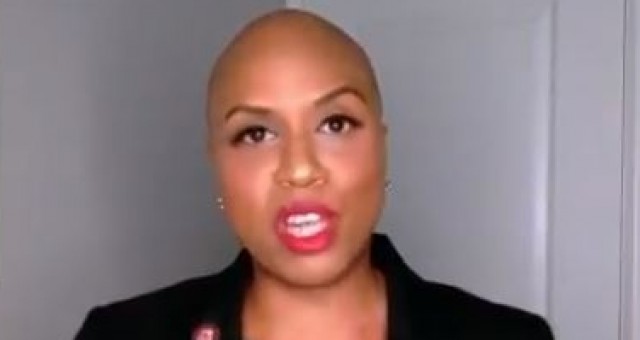 There should be “unrest in the streets” over President Trump and his political allies turning a “deaf ear” to Americans’ concerns, including those about the “dismantling” of the U.S. Postal Service — which amounts to voter suppression, U.S. Rep. Ayanna Pressley, D-Mass., said Friday, Fox News reports.

“This is as much about public outcry, organizing and mobilizing and applying pressure,” Pressley said, after mentioning steps Democratic lawmakers can take, “so that this GOP-led Senate and these governors that continue to carry water for this administration, putting American people in harm’s way, turning a deaf ear to the needs of our families and our communities – hold them accountable.

Make the phone calls, send the emails, show up, You know, there needs to be unrest in the streets for as long as there’s unrest in our lives.”

Pressley made it clear and concise that she is endorsing the violence and looting across our nation and that the Democrats would rather our nation burn than to see President Trump win come November.

Fox went on to report that Pressley also called on Postmaster General Louis DeJoy, whom President Trump appointed in May, to resign for “corruption” over his restructuring of the Postal Service. At the “bare minimum,” she said, DeJoy should appear before the House Oversight Committee.

It would seem to me that the heavy push for mail in ballots is simply to “control” the voting system which they of course would manipulate for Biden and Harris. Just how stupid do they think American citizens are?