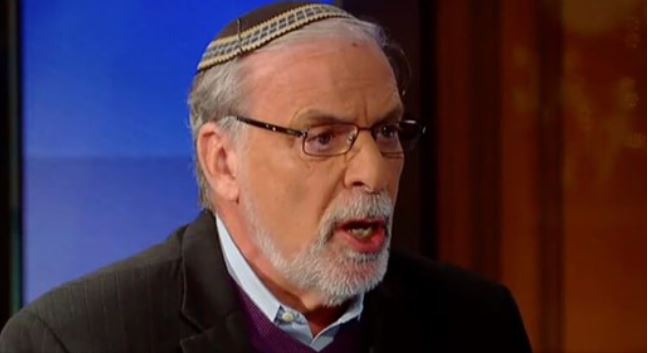 On a near daily basis Jewish people are being targeted in one of the most liberal cities in the nation, New York City.

Each of the recent attacks in the city have been done by black perpetrators and after another attack on Saturday night by another black man one thing is for certain. This is not white supremacy at work.

As if black perpetrators of anti-Jewish attacks in the liberal city of New York are doing it because they support President Trump. It defies reason and logic.

“Anti-Semitism is on the rise in America. And it’s being stoked by @realDonaldTrump who won’t condemn it and Trump’s lawyer, @RudyGiuliani, who just this week said he’s ‘more Jewish than Soros,’ Rep. Swalwell said.

Anti-Semitism is on the rise in America. And it’s being stoked by @realDonaldTrump who won’t condemn it and Trump’s lawyer, @RudyGiuliani, who just this week said he’s “more Jewish than Soros.” ICYMI, my @jdforward op-ed on what we must do: https://t.co/5wVUoVyS5w

“And folks still don’t see the connection with his words and how it ignites violence. He fuels people’s anger & misguided hate. Instead of leading with compassion, he simply gaslights and laughs about it,” Rep. Rashida Tlaib, a noted anti-Semite, said.

It was too much for former New York Assemblyman, and Democrat, Dov Hikind who tore the Democrat Party to shreds, blaming them, not President Trump, for the rise in antisemitism.

“Wait…@realDonaldTrump didn’t just condemn antisemitism for the umpteenth time?! Really?! And what have the Democrats done? Or even said?!

“Nothing! Unless it’s a white supremacist. But if it’s @Ilhan or @RashidaTlaib then it’s totally OK. Pathetic hypocritical jokes!” he said in response to Rep. Swalwell.

“Look at this antisemite, look! Don’t you love it?! She spews antisemitic vitriol one day, and sheds crocodile tears over dead Jews the next as if there’s no connection between the two!

“Instead it’s all POTUS’s fault that everyone but white supremacists are attacking Jews in NYC!” he said in response to Rep. Tlaib.

And when Hikind appeared on Fox News after the attack on Sunday he said what everyone else is frightened to say.

“You know, there’s a new standard, one is for antisemitism and one is for other types of hate. Unfortunately, people within my party — I’m a Democrat — within the Democratic Party there’s a double standard.

“The hate, the antisemitism that emanates from within the left, you don’t hear anything. You hear very little. Anything that comes from the other side, it’s all — I mean, even the mayor of the city of New York, has continued to call the hate, ‘coming from the right.’ All the hate in New York is coming from the left,” he said.

And he is correct. It would take a library of books to write every antisemitic thing Rep’s Omar and Tlaib have said.

Defending the right of her liberal friends, and herself, to boycott Israel she compared the Jewish state to that of Nazi Germany.

“In the 1980s, many of us in this very body boycotted South African goods in the fight against apartheid. Our right to free speech is being threatened with this resolution,” Tlaib said.

“It sets a dangerous precedent because it attempts to delegitimize a certain people’s political speech and to send a message that our government can and will take action against speech it doesn’t like,” she said, Fox News reported.

And then there was Rep. Ilhan Omar’s virulent antisemitic tweet “It’s all about the Benjamins baby” which Speaker Rep. Nancy Pelosi was going to chastise her for, but then got frightened and condemned all hate.

The blood is on the hands of these Democrats and it is going to take a fellow Democrat like Hikind to say it.