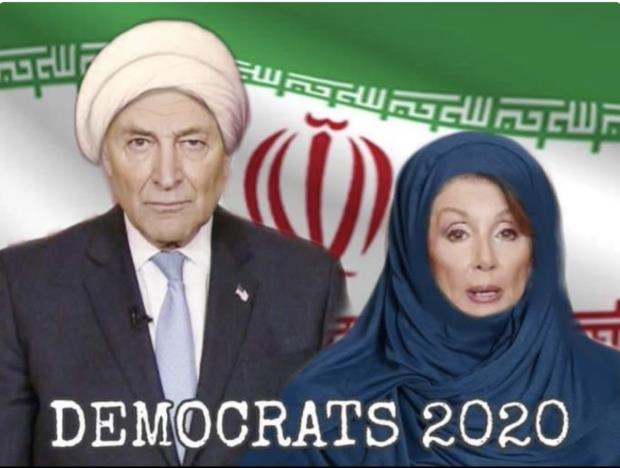 Open it and they will come

Democrats are proving they don’t care about safeguarding American lives. Whether it’s the insane policies of no cash bail, or safe havens for dangerous illegal’s, or Pelosi’s newest diabolical scheme, the end result is violent crimes against our citizens.

Pelosi is like a mother that knows her daughters are being molested by her boyfriend, but asks him to move in anyway so he will help with the rent.

You can’t do that

On June 6, 2018 the Supreme Court ruled the president’s travel ban as constitutional, affirming the president’s power over matters of national security, yet Pelosi vows to make it illegal to do in the future???

Somali Youths Attack Travelers With Hammers and Bars in Minneapolis

What could possibly be the upside to this obviously unconstitutional legislation other than blocking of this president’s agenda again? What is the quid pro quo for this move? Pelosi has to know that Americans support the president’s policy, as did the Supreme Court.

America: BEWARE the FOREIGN SOLDIERS living in your midst

Fresh off the Titanic Impeachment voyage, and barely out of the lifeboats, the Democrats are, once again embarking on a kamikaze mission. Have they collectively lost their minds?

Well, to take the mystery away, it’s all about money—BIG money. The Dems are in a deep hole, deep like the Mariana Trench, and a gazillion dollars behind the Republican’s war chest.

The Center for Responsive Politics tabulated money available for the 2020 Democrat campaign was $116 million, after debts paid off. For the Republican campaign, it was nearly double that at $208 million.

An analysis of federal campaign contributions finds that key figures at six of America’s most prominent Islamist organizations have favored Democrats over Republicans by a ratio of 12 to 1 since the 9/11 terrorist attacks.

Note: There is absolutely nothing in the Democrat platform that coincides with the Muslim faith. Homosexuality, abortion, liberal social values (oxymoron?) all are an abomination to Islam.

But, the Dems can’t afford to miss a trick when it comes to potential fundraising, and the Muslim community is flush with cash and motivated to get Donald Trump out of the White House, Islam be damned. That includes our so-called allies in Saudi Arabia and every other Muslim-majority nation.

Cozying up to the Muslim community is a high-wire act for Pelosi, in that Jews contribute half of the money that ends up in Democrat coffers (according to a Jerusalem Post 2016 article). With these two arch-enemies rubbing shoulders at Democrat functions, it’s bound to get interesting.

With antisemitism already running at record rates, we will see if there is any political blow-back to Madame Speaker’s plan to open the floodgates to the rabid Jew-haters.

Pelosi knows her bill to end the travel ban has zero chance of passing in the Republican-controlled Senate, but it’s all about optics, baby! “Look what we will do for you if you help us get rid of the Orange Man!”

What’s a few American terror, rape and murder victims. The Dems will blame everything on Trump and guns anyway.